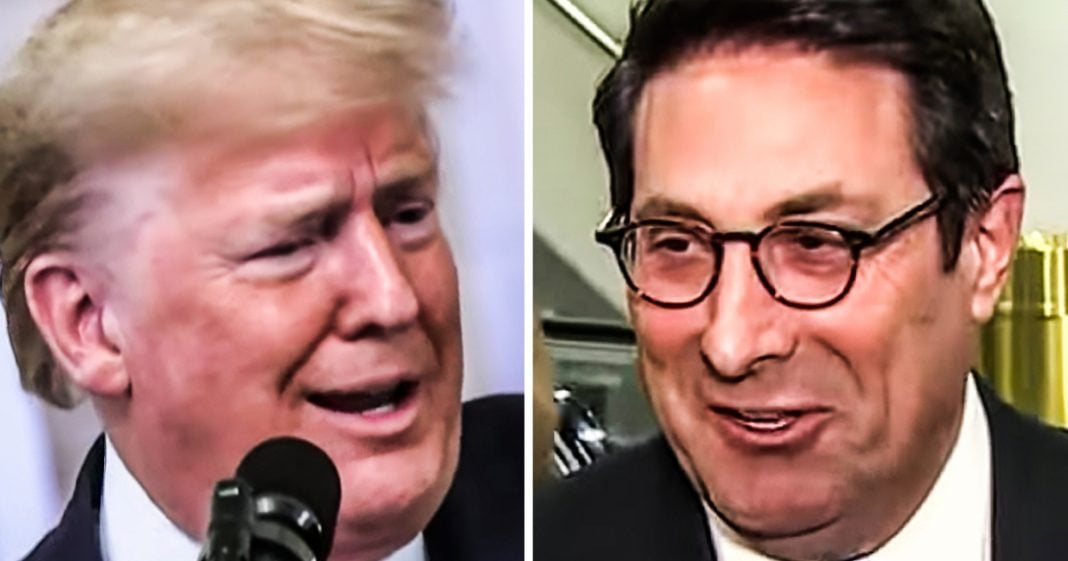 According to allies of Donald Trump, the President has considered putting his personal lawyer Jay Sekulow on the Supreme Court, and many of his friends think this would be a good idea. This raises the specter of how Trump’s friends are going to be rewarded as this administration moves forward, and it also highlights the dangers he could pose in a 2nd term. Ring of Fire’s Farron Cousins discusses this.

There hasn’t been a whole lot of talk about the Supreme Court so far in the 2020 presidential election, but as we inch closer and closer to November, you have to imagine that that is going to be a major talking point because reality is what reality is and it doesn’t appear that people like Ruth Bader Ginsburg are going to be on that court for an additional four more years to be able to hold off in case Trump gets reelection. I mean, that’s a sad fact of reality that we all have to face. We love RBG, the chances of her holding on, I mean at this point actually for five more years, I don’t know. That seems pretty slim. So the Supreme Court is once again going to be on the ballot this year. Donald Trump and the Republicans use that to their advantage in 2016. He retook the stolen seat that Mitch McConnell took from Barack Obama.

He then obviously got to put Kavanaugh up there after he convinced Kennedy to retire, as reports told us this week, and he’s likely going to have at least one more to appoint if he gets reelected or God forbid if something happens between now and the election. But according to new reports, Donald Trump’s friends already know who they want to put on that Supreme Court, and that person is Jay Sekulow, Donald Trump’s personal lawyer who got him through both the Mueller report and impeachment. And I say got him through. There is no got him trough, the people that got them through both those things were Mitch McConnell and Lindsey Graham and some other Senate Republicans. Sekulow really had no role in this, but he was technically Trump’s lawyer for these things and so he gets that victory. He gets to put that in his little box on his resume. I did this and I won, and Donald Trump is the kind of guy that rewards people who are loyal to him, rewards people who help him out.

And Jay Sekulow, former radio host, by the way, could end up on the Supreme Court just because Donald Trump likes him. Not because he’s qualified to be there, not because he’s an honest juror, but because he helped Donald Trump get through some hard times in his administration. And that’s what this president is going to do and that’s what we have to remember as we go into 2020. It’s not just the Supreme court either. The fate of every court in this country is at stake here. Donald Trump has already stacked the court so much that you would be hard pressed to go to any appellate court in this country and not be confronted by several judges that Donald Trump appointed. He has remade the entire judicial system and it will get so much worse, irreparably so, if he wins in 2020. And you can go ahead and kiss that Supreme Court absolutely goodbye, it won’t be five to four anymore. It’ll be six to three or seven to two, if Donald Trump gets a second term, and he’s already looking according to his friends and people like Jay Sekulow to serve on that Supreme Court. And if he gets a second person to appoint, don’t be surprised if we have to go through confirmation hearings for people like Rudy Giuliani too.