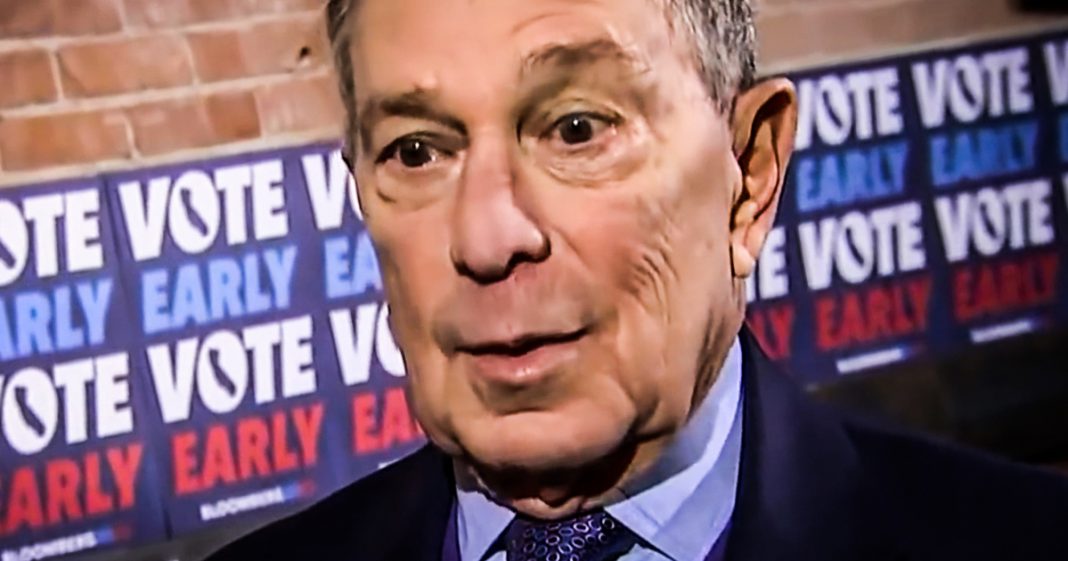 Presidential candidate Mike Bloomberg has been caught plagiarizing some of his policy proposals from at least 8 different organizations and outlets, 2 of which he has worked for as a board member. His campaign swears that this was just to reduce the policies to talking points for the press, but his lack of ability to do that on his own speaks volumes to his campaign. Ring of Fire’s Farron Cousins discusses this.

According to multiple different reports this week, Michael Bloomberg appears to have plagiarized major portions of his policy platform from other organizations. The Intercept dig, dug into this, and what they found was that at least eight different areas, Mike Bloomberg’s campaign just straight up lifted information from one group and stuck it in their little mailer. These groups include CNN, Time Magazine, CBS, other nonprofit organizations including two that Bloomberg himself founded and sat on the board with. And they just said, you know what? We don’t have time to come up with policies, just cut and paste from these other websites and we’ll be good to go. On at least eight different topics that Bloomberg, I guess couldn’t be bothered to come up with a policy of his own for. Some of them include maternal health, LGBTQ equality, the economy, tax policy, infrastructure and mental health. Pretty big deals, right? You would think a candidate would at least have answers or issues, or ideas for these issues.

But nope, not Bloomberg couldn’t be bothered with it. Didn’t have time. I’m just going to cut and paste from other people and pass it off as my own. Now according to a Bloomberg campaign spokesperson, this is what they had to say about the plagiarism here. Much of what you flagged, referring to the Intercept, were fact sheets that went out via Mailchimp, which doesn’t support footnote formatting. When we announced policy platforms, we put together detailed fact sheets with context and supporting background so that reporters understand the problem we’re trying to solve with our policy. You know, for sourcing, we often look to the organizations that Mike has led or worked with in the past, like the city of New York and Building America’s Future. We have since added citations and links to these documents. But shouldn’t you be able to come up with those on your own? I mean, that’s the whole point here guys. You should be able to come up with these on your own and if you can’t, and if you do not have the time to do it, then you shouldn’t be running for president.

And your staffers, and I hate to go after these people, but your staffers obviously shouldn’t be working on a campaign staff if they can’t manage to rewrite a couple of fricking sentences to clarify where you stand on the issues. But that’s the problem with a guy like Mike Bloomberg. He doesn’t want to be president because he’s got big ideas. He doesn’t want to be president because he wants to change anything with the way this country is running. He wants to be president so he can preserve his own wealth and so that he can stick it to Donald Trump. He is a troll candidate. He’s just trolling him. That’s what this is. Nothing under a Bloomberg administration. The middle-class isn’t going to do better. We’re not gonna get universal healthcare. We’re not going to get any relief on our student loans. Nothing changes with Bloomberg. And that’s what he wants. And that, again, added into the, oh, I want to get Donald Trump real good. That’s why this man is running. And that is also why he didn’t have time to come up with policies of his own and had to steal them from other places because he frankly just doesn’t give a damn.