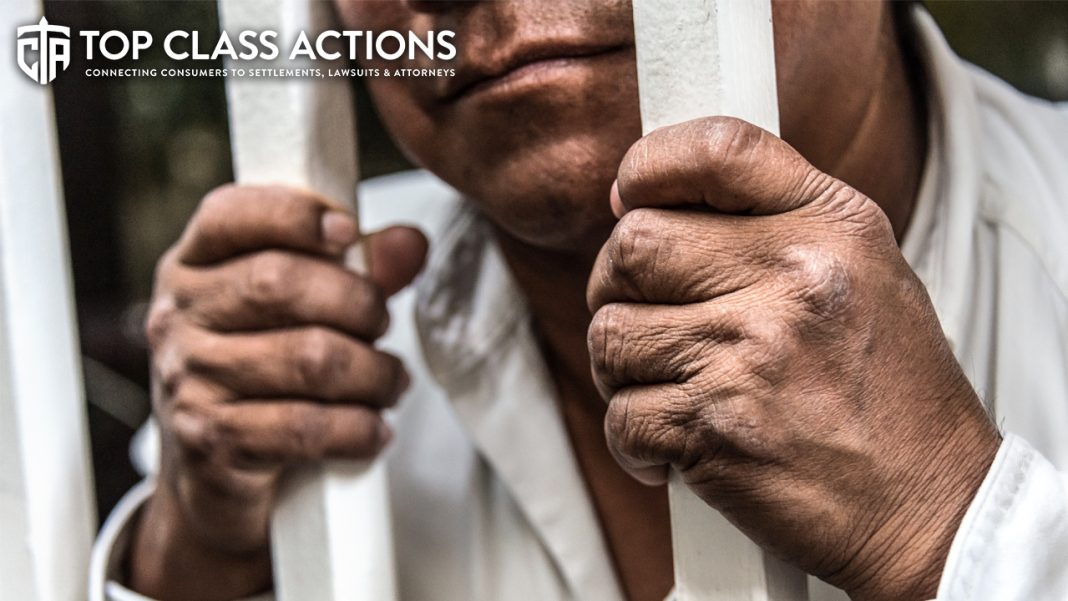 Immigrant detainees have requested summary judgement for their class action lawsuit alleging that private prison company GEO Group violated Washington state law by paying immigrant detainees only $1 per day to perform work while they were detained. The workers seek a summary judgement determining that GEO violated the Washington Minimum Wage Act, and dismissing GEO’s arguments to the contrary. Ring of Fire’s Farron Cousins discusses this with Scott Hardy, President of Top Class Actions.

Farron Cousins:                  There’s been no shortage of stories about the horrid treatment of detainees coming into this country. The migrant detainees from the Southern border, migrants coming in from other ports of entry. They have been treated horribly over the last decade here in the United States with things getting much, much worse by the year at this point. But we’re also starting to hear reports that some of these private prison companies who are detaining these migrants are abusing these migrants for their labor. And we’ve heard other stories of abuse and that is, trust me, absolutely horrendous.

But the ones who aren’t being physically abused are being abused by the system itself. Joining me now to talk about this is Scott Hardy with Top Class Actions, and Scott were talking about GEO Group, absolutely one of the worst private prison contractors here in the United States, taking advantage of these migrants that they’re being paid already to detain. Tell us what’s happening with this one.

And it’s, you know, the, the class action is stating that these workers should at least get minimum wage, which in the state of Washington is $13.50 per hour. So if you’re gonna make these folks work while they’re being locked up and not even talking about whether it’s legal to lock these folks up and, and you know, that whole immigration crisis, but if we’re going to lock them up, we’re going to make them work and we’re going to pay them a dollar a day. Like they are actual criminals.

Because, you know, if you’re in prison, you don’t get minimum wage, you get pennies on the dollar because you got nowhere else to go and it’s a privilege to work. Well, a lot of these immigrants are in that same boat now. They are locked up, they have nowhere to go, they, they want something to do. And so yeah, they’ll take a dollar a day just to have something to do rather than sit on a bed. And they, they came here because they want to work in the first place. Now GEO Group has said, hey, no, all we can pay is a dollar a day. Look at our agreement. Well, the agreement with the federal government says that they have to pay at least a dollar per day. They’re not limited.

They could pay these workers minimum wage, which seems fair because most likely if they were bringing somebody else in to do this, they’d have to pay more than minimum wage anyways. So this class action is just trying to get these immigrants honest, real working compensation for their work they’re doing because GEO Group is for profit. So keep that in mind everybody, is that they’re taking all that extra money and putting it right in the pockets of their shareholders. They’re not paying Americans a working wage to do the job. They’re trying to get these illegal immigrants to do the jobs that Americans should be doing. And they’re only paying them a buck a day for it.

Farron Cousins:                  As part of the contracts that private prison have with the federal government, they are required, you know, to keep the facilities clean, to keep the laundry done, to cook the food for these inmates. And so they’ve just found a creative way around it. They said, well, instead of paying somebody $13.50 an hour to go and cook, or $13.50 an hour to do some laundry, we could just pay these, these folks a dollar a day. We’re already getting paid to have them here. We’re saving thousands of dollars a week by just having these detainees do it. I mean, they’re not criminals, technically, they haven’t been convicted of anything. These are people who are just being held until their immigration status is figured out or until their hearing.

So the whole, oh, well no, because other prisoners don’t get paid this. If that’s the argument that they want to try to make here, they’re going to lose on that because again, these people are not criminals. They have not been charged. They have not been convicted. So this is going to be an interesting one to see. And as you pointed out, this isn’t, you know, necessarily about is it right or wrong to do this? What other horrid conditions? No, this is strictly a labor issue. And once you take any of the politics out of it, it’s pretty black and white that what the company is doing here is absolutely wrong. And hopefully that’s going to mean some relief for these detainees here.

Scott Hardy:                          Exactly. We can hope that these detainees who are being forced to work are actually paid at least minimum wage. So maybe they can send some money back home to their families. Maybe they can, you know, possibly even get taxed on this so the federal government is making some money back for while they’re holding these folks. You know, there’s, there’s gotta be a way to be fair. You know, we’re forcing these people to sit in a jail cell, not be able to earn any money whatsoever, not be able to help their families. If we’re going to force them there and we have to pay for it, and we’re not going to pay Americans to do the job that, you know, they’re being forced to do, be fair about it. This is America, for gosh sakes. Pay them minimum wage so they’re not used and abused by these private prison groups.

Farron Cousins:                  Absolutely. For more information about this issue, please follow the link in the description in this video. Head on over to top class actions and while you’re there, make sure you sign up for their weekly newsletter. Scott Hardy with Top Class Actions, always a pleasure talking to you. Thank you very much.