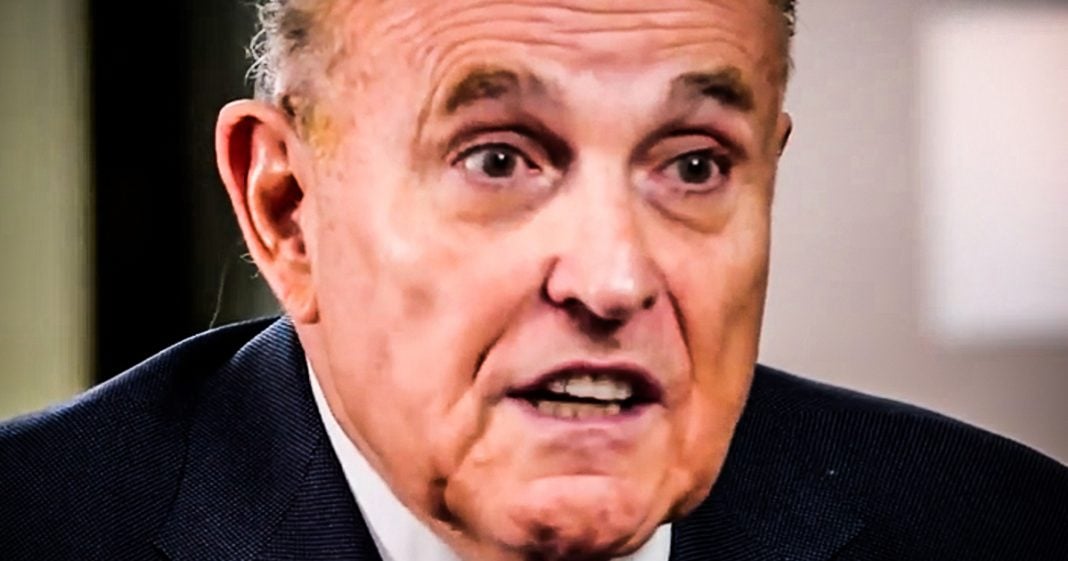 During an interview with NPR this week, Rudy Giuliani said that Donald Trump should 100% investigate Joe Biden, echoing what Lindsey Graham said earlier in the week. Republicans are absolutely obsessed with investigating Biden because they think it’ll hurt the Democrats, but Biden’s falling poll numbers show that the Republicans are really just doing the Democrats’ dirty work for them. Ring of Fire’s Farron Cousins discusses this.

There appears to be a little bit of turmoil happening right now with Republicans in the Senate with a couple of them wanting to investigate Joe Biden and most of them saying, no, that’s a pretty stupid path for us to go down right now. But one person who’s actually not in the Senate but is cheering on this investigation of Joe Biden is Rudy Giuliani. Giuliani has been practically begging Donald Trump according to a recent interview with NPR to launch this investigation into Joe Biden. Here’s what he said. When asked if he supports investigating Joe Biden, he said absolutely 100% I would have no problem with him doing that. In fact, I’d have a problem with him not doing it. I think he would be saying that Joe Biden can get away with selling out the United States, making us a fool in the Ukraine according to Rudy Giuliani. So Giuliani is all in on this and he wants Trump to be all in on it and he wants the Senate to be all in on it.

And he thinks that what Donald Trump did in terms of withholding aid to Ukraine was totally within his power and worth it because according to Rudy Giuliani, Joe Biden is one of the most corrupt individuals here in the United States. And as I keep saying, most of us on the left don’t care if you investigate Joe Biden. See, I don’t understand why Republicans think it is that we have some kind of overwhelming loyalty to Joe Biden. We don’t want him to be our nominee. We want him to drop out of the race. We want him to go retire and just do whatever he wants. That doesn’t involve him being involved in politics or speaking to the public because he looks like an idiot. We’re fine with him going away forever. And yet Republicans are the ones who keep trying to bring him back because for some reason they think he is their biggest threat.

Joe Biden is not your biggest threat, but if you want to pretend that he is, go for it. Because I love that most of us on the left actually do. We don’t care if you investigate Joe Biden. We don’t think he did anything wrong. But if you think he did, go ahead. Waste your time. Waste some more money. Why not just do it and get it over with so then you can shut the hell up about it. Or God forbid, Joe Biden did do something wrong. Hold them accountable. See, we on the left. We’re not afraid to hold our people accountable when they screw up, unlike Republicans. So if Joe Biden did in fact, uh, behave illegally with withholding Ukraine aid back in the day because they wanted the prosecutor fired, uh, along with the European union who wanted the prosecutor fired and the international monetary fund who also wanted the prosecutor fired, uh, and Republicans in the Senate who wanted the prosecutor fired. Sure, if you think Joe Biden acted inappropriately? Investigate away because we on the left simply don’t care. Either get rid of him, get him out of our race. He is poison for the democratic party and we would love just as much as you would to see him not run for president ever again.