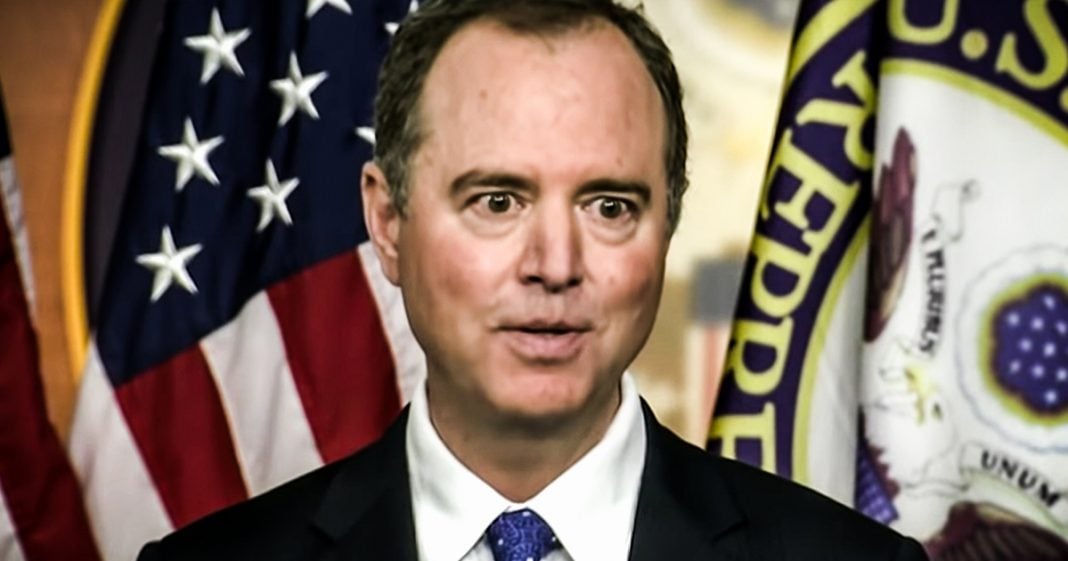 An Arizona man has threatened to murder Democratic Representative Adam Schiff, according to court documents. The man became enraged at Schiff after watching hosts on Fox News tear into Schiff and proclaim him to be an enemy. The words of these right wing pundits have consequences, and this isn’t the first time we’ve seen something like this happen. Ring of Fire’s Farron Cousins discusses this.

Recently in court filings just released. A man from Arizona had threatened to murder democratic representative Adam Schiff. Now the man was actually arrested back in October, but it was just last week that these court filings were released. And we got to see the extent of not only what this man had said to Adam Schiff, because he did call his office and leave a voicemail for him saying he was going to kill him, but also why this man wanted to murder Adam Schiff from the court filing. This is the, a voicemail phone call message that he left with Adam shifts office and for, uh, you know, ratings reasons here on YouTube. I’m going to have to censor some of the words. I’m going to effing blow your brains out. You effing piece of poop mother effer is the message this man left. Of course you can, you know, fill in the words and figure out what he actually said.

And this is in the court filing and then the court filing goes on. The man’s name is, by the way, Jan, Peter Meister. So the court filing continues, uh, from the FBI. Meister responded that he watches Fox News and likely was upset at something that he saw on the news. He stated that he strongly disliked the Democrats and feels they’re to blame for the country’s political issues. So we have yet another homegrown terrorist here in the United States who was radicalized by Fox News. That’s what this man is also pie. The way, totally forgot to mention this. The guy’s a registered sex offender who served time for his sexual crimes. So he was forbidden by law from owning any firearms. But when the FBI looked in his house, they found a weapons cache. They called it tons and tons of firearms that this convicted felon was legally not allowed to have, and he was threatening to murder a sitting representative in the United States house of representatives. And he admitted in interviews with the FBI that I watch Fox News and I got mad at what they said. Not that they said it, but they said something that made me feel the need to go and murder somebody.

Fox News is dangerous. There is no question about that because this is not the first moron who’s been radicalized by that network. We have seen people with their death threats against other media outlets, not Fox News. People busted with kill lists of democratic representatives. You, the staff of representatives Ocasio-Cortez and Ilhan Omar, uh, and several others have had to go through extensive training because they’re getting so many death threats. And Fox News is right there along the way, pushing these people to these extreme ends. It’s not an accident. It’s by design with this network because the people at Fox News, the executives, the on air talent, they would love nothing more than to see one of their crazed followers go out and fulfill these promises that they’re making that would make Fox News happy. That’s why they are the way they are because they know there’s plenty of crazy people out there and all it takes is one little segment to flip that switch and cause something terrible to happen.