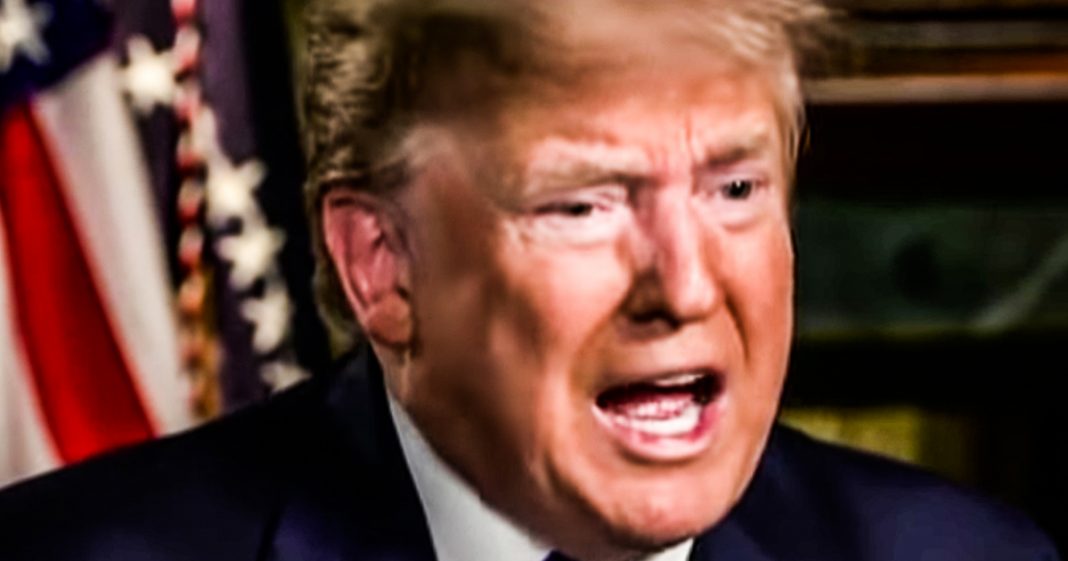 Donald Trump isn’t the smartest person to ever hold the Oval Office, and most voters are keenly aware of this fact. And conservative Washington Post columnist Jennifer Rubin thinks that the Democrats should start campaigning on how stupid Trump is. This is an absolutely horrible idea that will distract from the issues and turn off voters. If they didn’t care about the Access Hollywood tape, voters certainly won’t care that the President doesn’t know where Kansas City is. Ring of Fire’s Farron Cousins discusses this.

Conservative Washington Post columnist, Jennifer Rubin, has spent most of the last few weeks just relentlessly attacking Bernie Sanders, both in her columns and through her Twitter feed. But yesterday she decided to take a break from falsely trashing Bernie Sanders in her column to offer Democrats the worst possible advice imaginable on how to beat Donald Trump in November. The title of her Washington Post article is, Democrats should make an issue of Trump’s gobsmacking ignorance. And she starts off in that column by talking about the Kansas City, Kansas tweet after the Super Bowl, because yeah, the president’s stupid. He doesn’t know geography. She goes on to talk about other things like when he lied and said that he created the Veterans Choice Act. She talks about other things about him not knowing how NATO is funded and his relationship with Kim Jong-un and all of these things that show how stupid Donald Trump is. She of course, at least not that I saw in the column, didn’t bring up the Covfefe tweet.

Didn’t bring up all the typos and misspellings and all of the other times that Donald Trump has showed us that he’s even dumber than George W. Bush. But she believes overall that Democrats need to run on this issue. And the reason she thinks that is because man, that’s really going to get under his skin, right? In fact, she says that she says, Trump, who calls himself a very stable genius with a good brain, and all the best words will not take this line of attack well, to put it mildly. Whoa boy, and that’s what the 2020 election is all about, folks, right? Just annoying Donald Trump. This is a troll election, right? Because that’s what we’re supposed to be doing. We’re supposed to be reminding the voters out there that Donald Trump is stupid. Not that his policies are horrible.

Now, forgive me if I’m wrong, but didn’t we try to do that in 2016? Didn’t we talk about how abrasive he was, how boarish he was, how little class he had as a human being, and how stupid he is? How did that work out for the Democratic party? Hillary Clinton sitting in the White House now or are we sitting here talking about how to beat Trump again in 2020? It doesn’t work. Listen, folks, here’s the thing that people like Jennifer Rubin don’t understand. The public didn’t care that Donald Trump was heard on tape bragging about grabbing women forcefully by their genitals. If they didn’t care about that, do you think they care that he doesn’t know where Kansas City is? Do you think that they care that he sends out a tweet filled with typos? If they don’t care about sexual assault, I can promise you they don’t care about his lack of intelligence.

This is a dumb column written by somebody who doesn’t understand what’s going on. Again, Jennifer Rubin is a conservative. Granted, she’s a never Trump conservative. She clearly hates Progressive’s and Bernie Sanders, but this advice here makes her come across as somebody who secretly loves Donald Trump and wants the Democrats to lose because this is a losing strategy put forward by somebody who doesn’t know what they’re talking about. There is one surefire way to beat Donald Trump in November and only one, run on the issues. Talk about the issues and that’s it. Reminding the public that Donald Trump is a moron isn’t going to sway any voters. Instead, what you’re going to do is piss some of them off. They’re going to get tired of hearing that because you know what the public doesn’t like to hear in political ads? Stuff they already know. Everybody, including a lot of conservatives, know that Donald Trump is not a role model for their children, that he is not a generally good person and they know that he is not intelligent. Beating them over the head with that for the next nine months isn’t going to help a single Democrat in this country, but it’ll sure give some greedy little Washington Post columnists, plenty to write about.