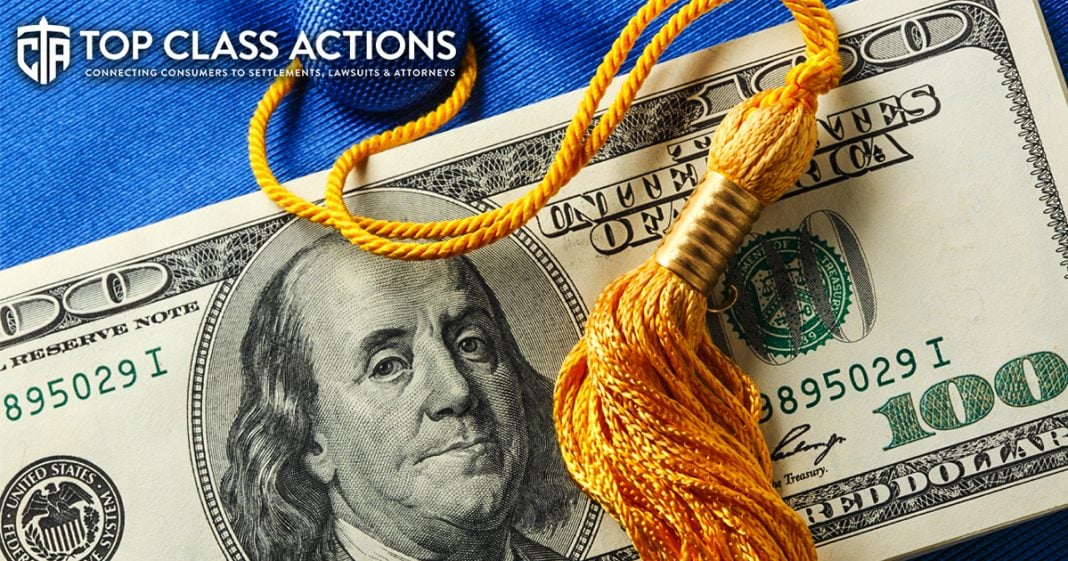 A federal judge has been asked to increase a $100,000 contempt fine which was ordered against the U.S. Department of Education over failing to comply with an order to cease debt collection from former Corinthian College students. The former students say new information shows that the department has “never been in compliance” with the court’s order to end the collection of students’ debt, so the $100,000 fine should be increased significantly.  Ring of Fire’s Farron Cousins discusses this with Scott Hardy, President of Top Class Actions.

Farron Cousins:                  A group of students that were scammed by Corinthian Colleges and left with tens of thousands of dollars in student loan debt, have been in a legal battle with Betsy DeVos, secretary of education here in the United States, for well over a year. Recently, the judge in that case, after it was found that the department of education, and Betsy DeVos specifically, repeatedly failed to abide by court orders, the judge decided to go ahead and let the students petition for a harsher punishment for DeVos and the department of education. And joining me now to talk about that is Scott Hardy with Top Class Actions. Scott, this is a story I’ve talked about several times here at Ring of Fire, it’s a big one. It’s very important because student loan debt is a huge issue in this country today.

Betsy DeVos had been ordered by this court to stop collecting loans from students who went to Corinthian Colleges. Those loans, you’re, you’re forgiven. But DeVos and her department of education said, no, we’re still going to take your money each month. We’re going to take it out of your tax return. We’re going to garnish your paychecks if we have to. We’re going to get that money, even though the judge told us not to, and now judge is kind of mad. Right? I mean, that seems to be what’s happening here. The judge is tired of DeVos and the department of education not doing what they’ve been ordered to do here.

Scott Hardy:                          Yeah, and it’s, it’s, I’d say it’s surprising that they’re not complying, but maybe DeVos just doesn’t feel that she has to because she’s the head there. But you can’t, when you’re working with a federal judge, they don’t mess around. You know, seeing that they put $100,000, you know, hit on the department of education over this issue that shows that they care. Now, because they’re continue, department of education is continuing to flaunt against this court order, I hope that we see this multiplied by 10 times. You know, the problem with that $100,000 court order is it just wouldn’t do much. It only gives a $1.69 to every student who experienced negative credit reporting, $12.45 to every student who endured involuntary collection, or $4.15 to each student who made voluntary payments, when they shouldn’t have had to do any of it.

As you said, there was already court orders that said, hey, this debt’s forgiven. Don’t pay it, stop. You’re good. But then the department of education said, no, we’re going to keep collecting. We’re gonna keep garnishing wages. We’re going to keep threatening people. We’re gonna keep ruining these folks credit, even though this debt should have gone away. So I really hope that the judge really slaps the DOE hard on this because they need to listen. This is a federal court order for a for profit college that didn’t deliver and, you know, let’s see them get hit. Let’s see these students get some relief.

Farron Cousins:                  And it’s really sad too for these students because again, the whole reason this started is because these were students that got scammed by Corinthian Colleges. The college lied about their, you know, job rate upon graduation. They lied about their academics, they lied about everything. And so these students already got scammed once and they were looking for relief. They had gotten it, you know, from the Obama administration. And then Betsy DeVos comes in and says, oh, you know, that relief you were about to get because this was an Obama rule in I think late 2017, so right at the, it went into effect in 2017, excuse me, after his term had ended. So then DeVos comes in and says, no, we’re not going to do that. Basically, I’m sticking it to you students one more time.

So these students have an education that is essentially worthless, tens of thousands of dollars in student loans and right as they were about to get this relief, they get popped again by the department of education under DeVos’ rule. And this is just sad. I mean, very heartbreaking for these students who have just spent the last few years in this, you know, legal limbo and they’re still getting popped for it even though they’ve been told you can’t be popped for it. This is sick. I mean, all the department of education has to do is say, you know what, we’re not collecting the loans, that’s it, we’re done. And they’re not even willing to do that.

Scott Hardy:                          Right. They just have to sit back and say, all right, we’ll abide by the court order. You know, we disagree. We sturdily strongly disagree with this ruling, but we will abide by the court order and this goes away. Students are happy and DeVos doesn’t look like more of a, you know, bad than she already does by trying to collect for more, for, for profit colleges. So it’s, I would hope that she takes the lesson, but you know, if she feels she’s untouchable, then maybe she won’t. Maybe there could be, you know, a lawsuit against her personally. That’d be wonderful to see. But we’ll see, you know, if the courts have made these rulings, they should enforce it and they should make sure that these students aren’t being penalized for just following the rule of the, of law.

Farron Cousins:                  And if DeVos herself and her department does not abide by this court ruling, once the new one is decided, then I think the net next step absolutely for these students needs to be a civil suit against the federal government. For more information about this issue, please follow the link in the description of this video and head over to Top Class Actions and while you’re there, make sure you sign up for their weekly newsletter. Scott Hardy with Top Class Actions, thank you very much for talking with us today.