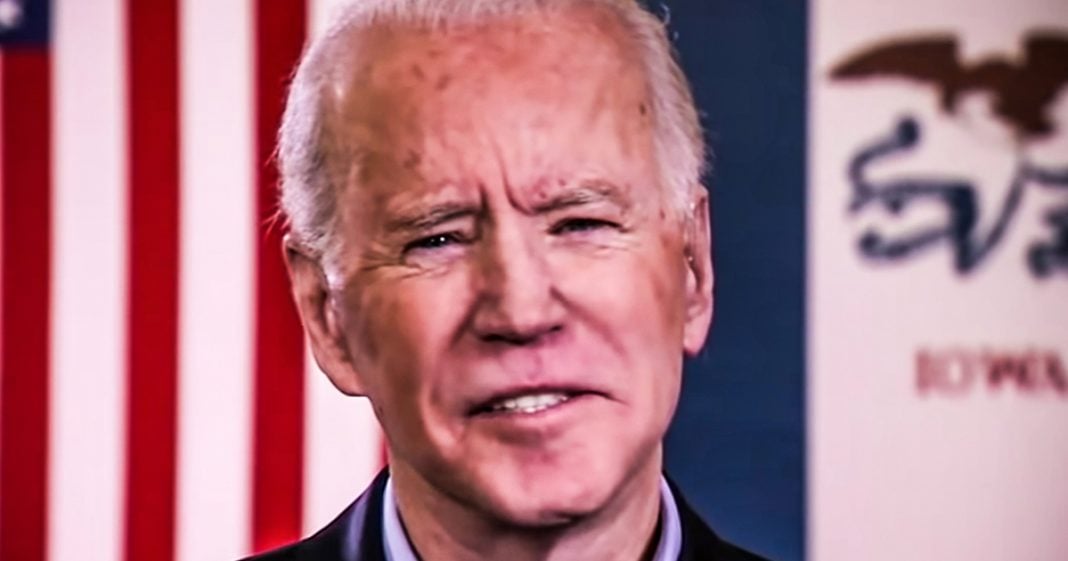 Joe Biden still believes that Republicans in the House and Senate are somehow going to wake up and start being decent human beings again if he becomes President. Meanwhile, Republicans are already discussing the possibility of impeaching Biden if he wins the election. The man is far too clueless to be President, and his claims of being a uniter with Republicans are absolutely laughable. Ring of Fire’s Farron Cousins discusses this.

In recent interviews, Joe Biden has suggested that he still firmly believes that Republicans in the Senate are going to have an epiphany if Donald Trump loses and Joe Biden wins and they will absolutely start working with him. Now he admits that maybe not all Republicans will do it, but, but good many of them will. They’re suddenly going to not be so horrible and they’re going to work with president Joe Biden. Now Joe Biden is out there telling us this in spite of being in the Obama administration for eight years when we saw that Republicans do not want to work with Democrats on anything anymore. And at the same time that you have Republicans like Lindsey Graham and Joni Ernst out there telling us we’re going to investigate Joe Biden and if he gets elected president, according to Joni Ernst, we’re going to go ahead and just impeach him right away. That’s what Joni Ernst said earlier this week and Lindsey Graham on Sunday said that, yeah, we’re going to launch investigations into Joe and Hunter Biden and find out what the heck was going on. We think we can get them.