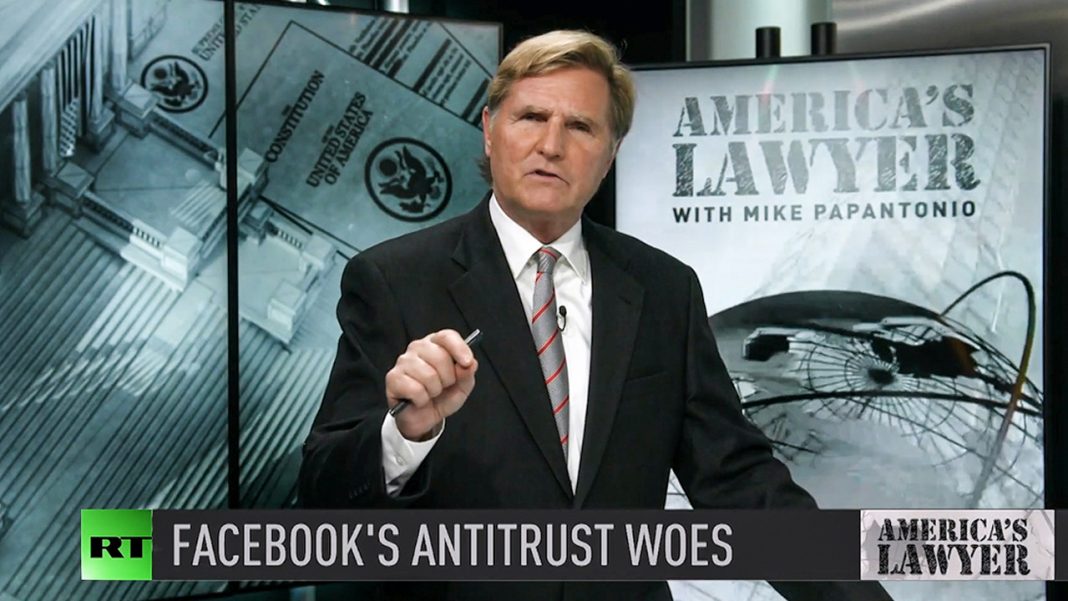 Via America’s Lawyer: Facebook has been hit with a class action lawsuit by four small tech firms with the aim of forcing Mark Zuckerberg to divest his controlling interest in Facebook. Mike Papantonio explains more.

Finally tonight, some good news. Facebook has been hit with a class action lawsuit by four small tech firms with an aim of forcing Mark Zuckerberg to divest his controlling interest in Facebook. According to the lawsuit, Facebook’s violating antitrust laws by gobbling up smaller tech companies and then incorporating them under the umbrella of Facebook. And with Zuckerberg controlling a majority of the company, he personally is in violation of these laws. The lawsuit claims that Facebook uses their leverage to either force smaller companies out of business entirely or use their enormous wealth to buy them out, and both of these claims are hard to dispute.

Facebook currently has a stranglehold on social media industry and their grip is only becoming stronger. As the company continues to expand their, their power, it grows and grows out of control. If antitrust laws are not enforced, then companies like Facebook and Amazon and, and a handful of others are going to control nearly every aspect of the internet, internet, and our personal lives. That’s where this really lands, the control they have over our personal lives. This lawsuit should be the first of many to challenge their power and hopefully their reign over social media.

That’s all for tonight. Find us on Twitter and at Facebook @facebook.com/rtamericaslawyer. You can watch all RT America programs on Direct TV, Channel 321 and also stream them live on YouTube and be sure, check out RTs very new portable app where you can watch all your favorite shows. I’m Mike Papantonio and this is America’s Lawyer, where every week we tell you the stories that corporate media is ordered not to tell, because their advertisers won’t let them, have a great night.