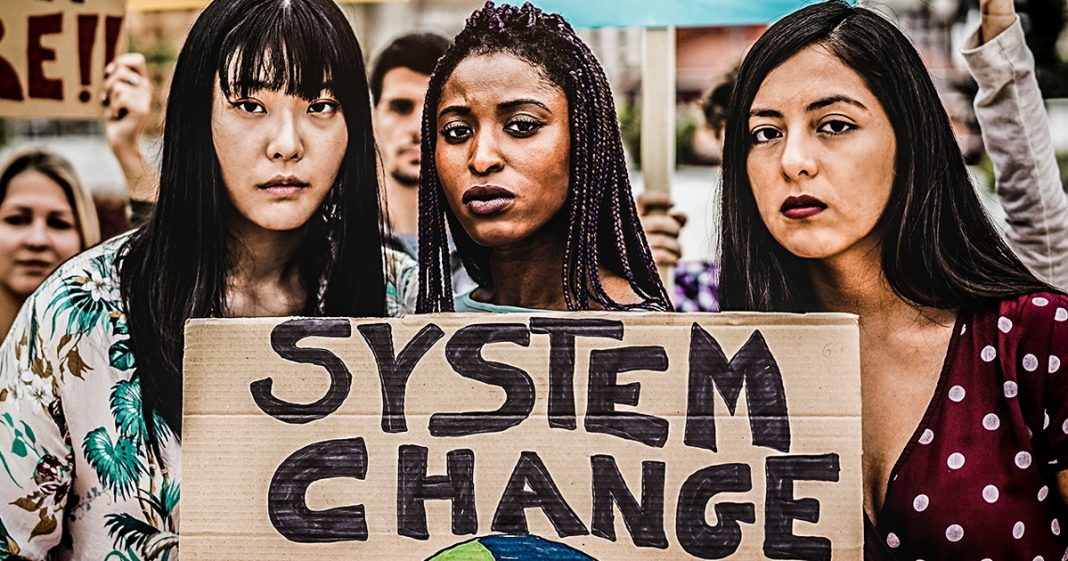 There is a massive age gap in American politics today, with younger voters favoring Bernie Sanders and his revolutionary ideas while older Democratic voters are flocking to Joe Biden and his return to “normalcy.” Both groups believe that they are right about what needs to happen, and the reason is because they have experienced different lives. Ring of Fire’s Farron Cousins explains the gap between the two age groups and which one we should be listening to right now.

If you’ve been paying attention to the polls for the last year, even at this point, you’ve noticed one thing that has really stayed consistent. You know, we have seen front runners come and go, we have seen, oh this person looks like they’re going to run away with it. Now it’s this person now. This guy’s ahead. Now this woman’s ahead. Now who’s running? There’s one thing that’s stayed consistent and that is that the youth voters overwhelmingly support Bernie Sanders and his policies while the older voters, ever since he announced he was running, have gravitated towards Joe Biden. And these two candidates could not be more different. The same thing with these two age groups. Voters under 35 are nothing like voters over 65. We really at this point have nothing in common with one another. And there is a reason for that. And there is a reason that each one of these groups is gravitating towards their candidate of choice.

And let’s start with the group over 65 over 70, the Biden supporters. These are people who grew up at a time, have been working throughout their lives, for most of it, when the economy actually worked. When there was a strong middle class, when we had good union representation. So all they want is to go back to normal and what’s Joe Biden been campaigning on? The return to normalcy. The problem is Joe Biden’s not talking about normalcy with regards to a robust, middle-class, strong union representation, environmental safeguards. He’s talking about normalcy in the sense of you won’t have a president that says crazy things on Twitter. You know, you’ll have a normal president. That’s what normalcy means to Joe Biden. That’s what it means to Buttigieg, who’s also running on this return to normalcy. It’s not about making anything better for anyone, but they’re trying to frame it as such.

We’re going to go back to the way things were, which is a fun way of saying, we’re going to move backwards, but the older generation remembers that time, the backwards time, and it was good for them. It truly, truly was. And they do want to get back to that and you can’t necessarily blame them for that. They were doing well, solid middle-class and that’s what they want again. Then you take the younger generation, they’ve never experienced that in their life, never. They go to college, spend tens of thousands of dollars taking out loans for tens of thousands of dollars to get a degree that they only find out once they graduate, isn’t able to get them a job in their field because they have no experience for one, but two, this other generation is doing so poorly because of the economy that they’re not able to retire. So we have seen too many instances where these young, fresh faces want to go out there and get a job, but they can’t because the older generation can’t retire.

Now, that’s not their fault, by the way. It’s not. It’s the economy, but then you take the issues like climate change, student loan debt, Medicare For All. Things the younger generation overwhelmingly supports, older generation, maybe not so much because those things don’t necessarily affect them. Climate change definitely does, but not to the extent that it’s going to affect a 25 year old. A 25 year old in the United States today, not only have they lived through a time of essentially endless military conflict by the United States, they have lived with climate change for their entire lives. 70 and up, they haven’t. In terms of their lifespan and what we know about climate change, it’s still relatively new to them and this is not an insult by any stretch of the imagination, but by the time they leave this world, they won’t even see the bad effects of it.

The worst effects of it. They’ve seen some bad ones, but it’s going to get so much worse, but they’re not going to be around for it. So yeah, it’s not a huge priority for them. Medicare For All, they’re on Medicare. Okay. Student loan debts, they paid those off 30 years ago, some of them. We still do have people over the age of 60 in the United States paying off student loan debts, but overall not a big issue for that age group. So there’s different concerns here. And to be honest, we need to listen to the younger voters here. They want a revolution, a political revolution, and that is what’s needed because not only is that going to solve the problems that are plaguing this generation, but it’s also going to give the older generation that returned to normal, see that they have been wanting. The economy will do better under a green new deal. The economy will do better with expanded social security and Joe Biden can’t decide whether or not he wants to cut it.

He said in the past he definitely wants to cut it, but now he’s acting like he never said those things. Joe Biden is not a friend to the over 65 demographic. Bernie Sanders actually is. And if you do want that normalcy, if you do want your problems taken care of and, you know, you’d go back to the robust economy that you had, there is only one way to do that and it’s with Bernie Sanders. Because Biden, the only thing we’re going to see change, probably an end of the trade war, probably, and no crazy tweets coming from the president of the United States. Not a whole heck of a lot different, other than that.