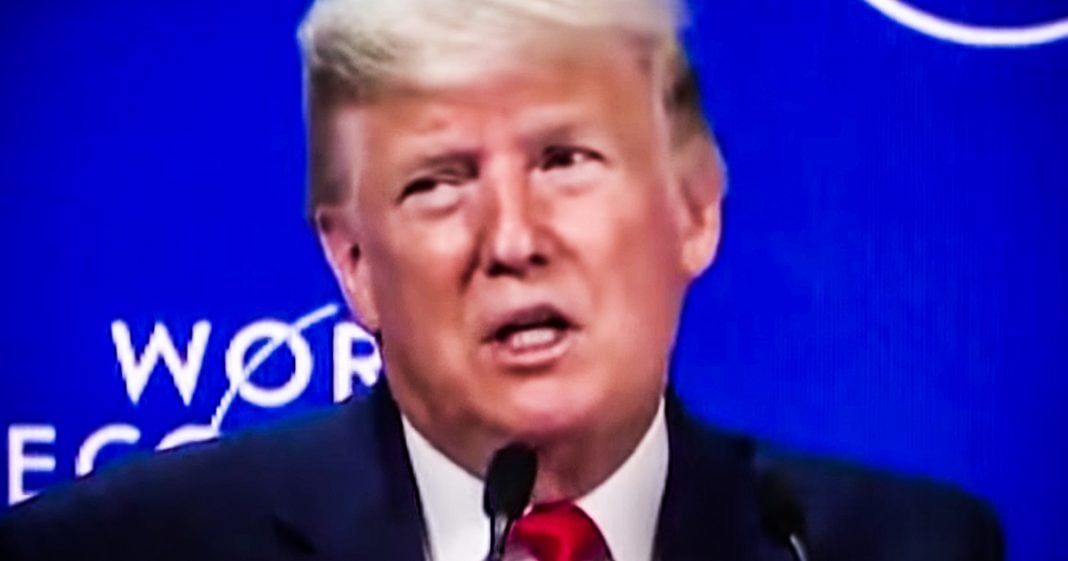 Donald Trump tweeted out earlier this week that everyone is doing better than they were four years ago under his economy. Voters disagree, as recent polling shows that two-thirds have said that they are either doing the same or WORSE than they were before Trump took office. The economy may look good on paper, but not on the paychecks of American citizens, and that could cost Trump in November. Ring of Fire’s Farron Cousins discusses this.

You know, earlier this week, Donald Trump just sent out a simple little tweet and this one surprisingly wasn’t insulting another human being, but he, he asked the question rhetorically, he said, are you better off than you were four years ago? And then he answered it himself and said something to the effect of, of course you are. Everyone is doing better today. He said, everyone is doing better today than they were four years ago, everyone. Well, that came as a shock to most people in this country. And it reminded me of a recent poll that came out about a month and a half, two months ago that found that two thirds of people in this country have admitted that either they’re exactly the same as they were four years ago before Trump was sworn in. Or their situation has actually gotten worse, financially. So two thirds of this country look at Trump’s tweets saying that everyone’s better, and they say, I’m not.

I’m the same as I was, or I’m the, worse off than I was four years ago. And that’s bad news for Donald Trump. But it’s good news for the American public. Not that they are not better off that. That’s never good. We always want people to be better off. But, it shows that all of these claims coming from Republicans about how good the economy is doing are not resonating with the voters. And this is something I’ve been saying for well over a year. The economy only looks good on paper because it’s only working for those at the top. When you start looking past those job numbers and look at what kind of jobs are being created, you look at real wage growth versus inflation. No, things are not good for us. We do not have cash on hand. We are not working good jobs that pay us a living wage. 44 million people in this country working a job that leaves them in poverty. So no, those numbers you’re bragging about each and every month, they’re not benefiting us whatsoever and people understand that now. They’re not buying into the tweets of all the stock market had a record day, responses on those are now starting to get a big, so what? I don’t have any money in the stock market. So what does that do for me?

Oh, it gives my boss more money, but trickle down is a myth. He’s not going to give me a raise. So why should I care? Why should I care that rich people are making more money? Why should I care? And they don’t. And that’s going to be bad news for Donald Trump come November. Because the only good thing about this administration, so far, is that the economy has not come crashing down. But economists are still warning us that it could likely happen this year. And if it does, Trump is toast. But if it doesn’t, hopefully these voters remember that no matter how much Republicans tout this strong economy, they can look at their paychecks and remember that it’s not benefiting them at all.