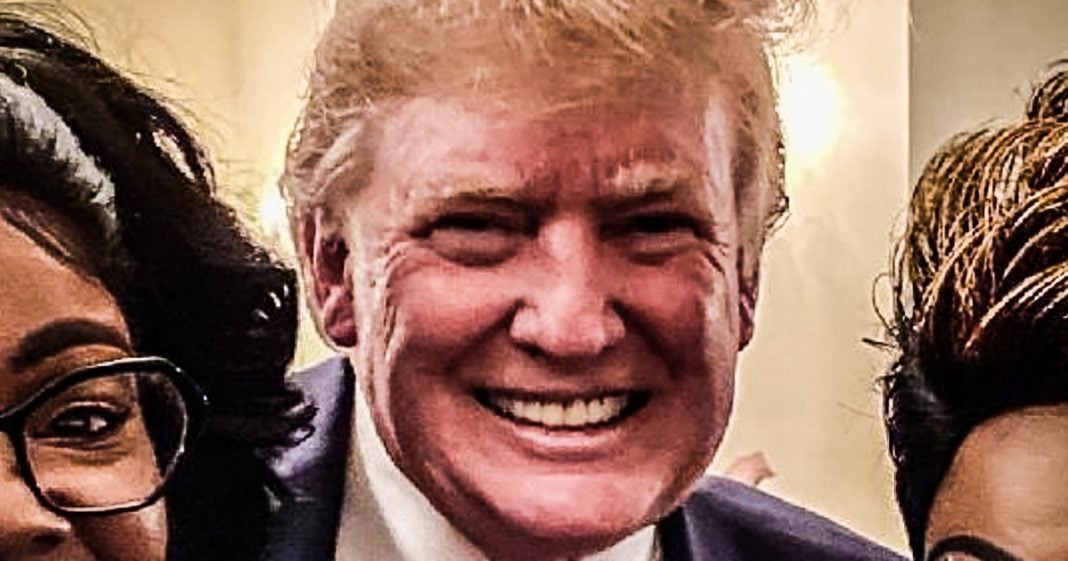 Donald Trump hosted a Super Bowl Party at Mar-a-Lago on Sunday, and this little gathering cost U.S. taxpayers a grand total of $3.4 million. The President is spending out tax dollars like they are his personal fun dollars, and this spending madness has to stop. Taxpayers have forked over more than $100 million just for the President to play golf over the past three years, and Trump’s travel total for three years has now surpassed what the Obama spent in 8. Ring of Fire’s Farron Cousins discusses this.

Donald Trump spent the weekend down in Florida at Mar-a-Lago and his Trump international golf course because he wanted to host a Superbowl party after getting in a couple rounds of golf early in the weekend and US taxpayers had to shell out $3.4 million just for the president to have his little weekend of fun after a week of impeachment trial. $3.4 million for the president to throw a little party and play some golf. Now, to me, one of the more interesting things about this story is the fact that Huffington Post who reported on this actually reached out to White House press secretary, Stephanie Grisham, just to, you know, find out, hey, spending a lot of money down here. He’s hosting a Superbowl party at Mar-a-Lago. It’s on his official schedule that he’s having a party and Stephanie Grisham responded, the premise of your story is ridiculous and false and just more left wing media bias on display.

The president never stops working and that includes when he is at the winter White House, which is what they refer to Mar-a-Lago as. Now, never stops working, according to Stephanie Gresham there, who has, by the way, still never held a press conference and in fact actually has more DUIs under her belt than she does press conferences. So something to keep in mind there. But nevertheless, she tells us the men never stops working. Well, Donald Trump actually tweeted out a picture of himself playing golf, a very unflattering picture, but he tweeted it out. So we know right there, Steph, he wasn’t working. He was golfing. We know he’s not sitting around at that Superbowl party working. No, he was playing and having fun at our expense. Oh, and of course, tweeting out the wrong state that the Kansas City Chiefs call home. In a tweet yesterday evening, Donald Trump congratulated the Kansas City Chiefs on being the Superbowl champions and said they did a great job representing the great state of Kansas, except for the fact that it’s not Kansas City, Kansas that the Chiefs are from.

It’s Kansas City, Missouri. And Donald Trump after getting ridiculed for this, and I’m assuming somebody telling him he got the wrong state, decided to go back, delete that tweet and tweet it out with the correct state after that. But again, all of that’s beside the point. We know the president’s stupid, we know, know he doesn’t know where things are, but the fact is we’re paying millions upon millions of dollars, millions of dollars that could go to literally anything else in this country that’s being underfunded. And instead we are spending it on Donald Trump’s billionaire behind to have a little fun. And this was a man who relentlessly attacked Barack Obama for allegedly vacationing all the time. Fox news attacked Obama for allegedly vacationing all the time. And here we have Trump who in fewer than three years managed to spend more on vacation and travel than Obama’s family did in eight. So that argument goes out the window right away.

But I would much rather see any of this money go to help fund education, maybe go to forgive some student loans, maybe go to improve libraries around this country. Something, anything, other than paying for a billionaire to go have a little bit of fun at our expense. That is unacceptable. If Trump wants to go have fun, go have fun bud, but you’ve got the money to cover it, but instead you’re using our dollars at your own hotels and resorts, so you get to put the profits back in your pockets. This man is corrupt to the core and the only reason he ever wanted to be president is basically so he could do things like this, go out, play golf, throw parties, and get all the profits back into his pocket, and that is exactly what he’s been doing since day one.