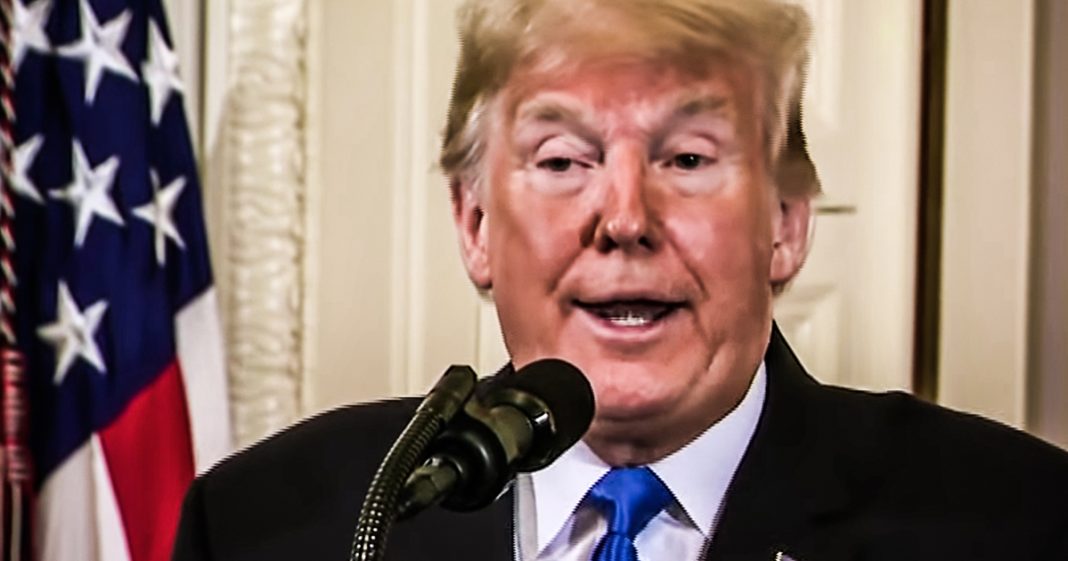 Donald Trump’s border wall has always been a bad idea, and now he’s starting to get ridiculed relentlessly over the project. This week, high winds blew down sections of the border wall after the concrete failed to set on time, causing Twitter to point and laugh at the President like never before. Ring of Fire’s Farron Cousins discusses the President’s latest embarrassment.

Earlier this week, Donald Trump suffered a huge round of mockery from people online after photos revealed that part of his newly constructed border wall along our Southern border blew over. It blew down. He built a wall, the wind blew and the wall fell. This is the wall that’s supposed to secure the Southern border, folks. Protect us from all these horrible people that Trump says are traveling in caravans towards us and the fricking wind came and blew it over. We are the three little pigs of a nation, apparently. So here’s what happened, all right, there were high winds along the Southern border and this piece of border wall had just been set. The concrete did not dry in time and so the wind blew it down. Now luckily, luckily Mexico was paying attention and Mexico went out there and fixed Donald Trump’s crappy work and they rided the wall. It hadn’t fallen, fallen all the way over, because luckily it fell on some trees.

So they stopped it from laying on the ground. So Mexican construction crews went out there and they said, hey, why don’t we fix this for you morons? Because you clearly don’t even know how to build a wall. And as I mentioned, Twitter was hysterical about this because this is a great analogy for the Trump administration as a whole. They promise you this big great grand thing that’s going to solve so many of our problems. And then as soon as they try to put it into, into effect, it just falls down. It just falls down and doesn’t fricking work. Now, a lot of people are saying, okay, well the cement wasn’t dry. So what do you expect? Yes, that’s going to happen. Have any of you ever worked construction? I have. It wasn’t pleasant, I’ll tell you that. But I’ve also done a lot of home renovations.

I have a lot of construction workers in my family and I can tell you that when you suspect high winds, because you can check those things. I don’t know if you know, but you can check those things to see if you’re going to have heavy winds that day or if there’s going to rain or be foggy or cloudy or humid, things that will affect how concrete dries. You don’t lay the concrete on those days. You don’t. Everybody who’s ever worked with concrete or really in construction knows that. So either Donald Trump hired a bunch of morons to build this wall, which is very likely, or they’re using substandard product to put the wall up. Huh? Sounds like somebody ought to investigate that. Are we having morons build the wall or are they trying to cheapskate us and not use cement or other equipment that works properly? That sounds like a good Qui Tam investigation that probably needs to happen. But nevertheless, Trump’s wall, whether standing or lying against a tree, is absolutely already a failure and he’s barely even built any of it.