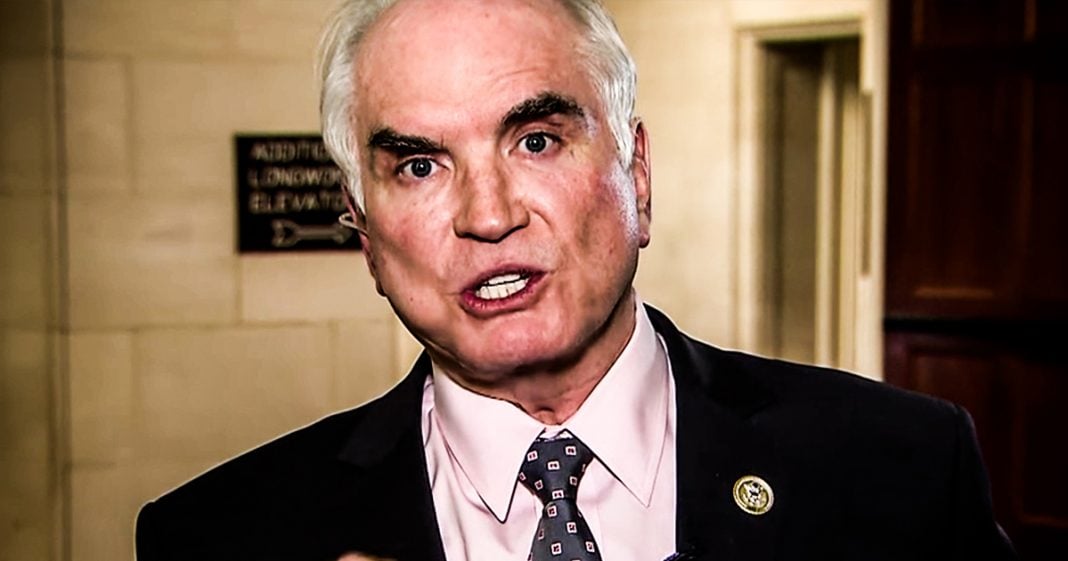 Republicans in the House and Senate made a killing off of their 2017 tax cut bill, pulling in millions of dollars a year as a result of the cuts they put in place. Part of the reason is because these members own billions of dollars, combined, in real estate, stocks, and small business partnerships that reaped the lion’s share of the cuts. This wasn’t just about giving back to their donors, it was about putting money into their own pockets, as Ring of Fire’s Farron Cousins explains.

According to recent reporting’s, the Republicans in Congress, the same ones who voted to pass that 2017 tax cut bill have reaped millions of dollars in benefits from that same tax bill that they rammed through at the end of 2017 and here’s how they’ve done it. Not just because they lowered the taxes for the top income earners here in the United States, but because they also lowered taxes on other things that really only wealthy people benefit from. You know, like owning massive amounts of property, owning businesses or being a partner in businesses. Your taxed got lowered. Owning stocks, which 84% of the stocks in this country are owned by the top 10%. So yeah, Republicans benefited hugely from that as well to the tune of millions of dollars. The only problem at the moment though is that we don’t know how much, how many millions these members of Congress received on the Republican side because they are not required to publicly disclose their tax returns.

But if they were to ever run for an even higher office, I’m sure we could probably get our hands on that information and be able to do the simple math for ourselves. As we have discussed countless times, yeah, the Republicans passed this bill to give a massive handout to the top 1% who fund their campaigns, but there’s the other side of it too, and that’s what this story is about. It wasn’t just about giving back to the people who fund their campaigns, it’s about putting more money in their own pockets. I mean, we told you the story a year and a half ago, almost two years ago, about Vern Buchanan, Republican representative from the state of Florida. The day Congress went in to vote on that tax bill, Vern Buchanan, Republican again, goes in there and he says, yay, I am voting for this massive tax cut. Vern Buchanan is a millionaire, by the way.

Vern Buchanan, and then leaves after voting yes on this and he goes and he signs the paperwork on his multimillion dollar yacht that he just bought. So he voted to give himself a tax cut and then he went and bought a yacht. Oh and it gets better because the estimated savings that Vern Buchanan would have each year from this new tax bill happens to be the same amount that his new yacht cost and I don’t think that’s a coincidence at all. After all, he knew what was in the bill. He knows what his financials are. He knew how much it was going to save him every year and so knowing that number, he was able to go to the, I guess local yacht dealership and say, here’s my price range. What ya got for me? And that is exactly what Vern Buchanan did. Maybe not verbatim, but he bought a yacht the same day with the exact amount of money that he saved from the tax cut bill.