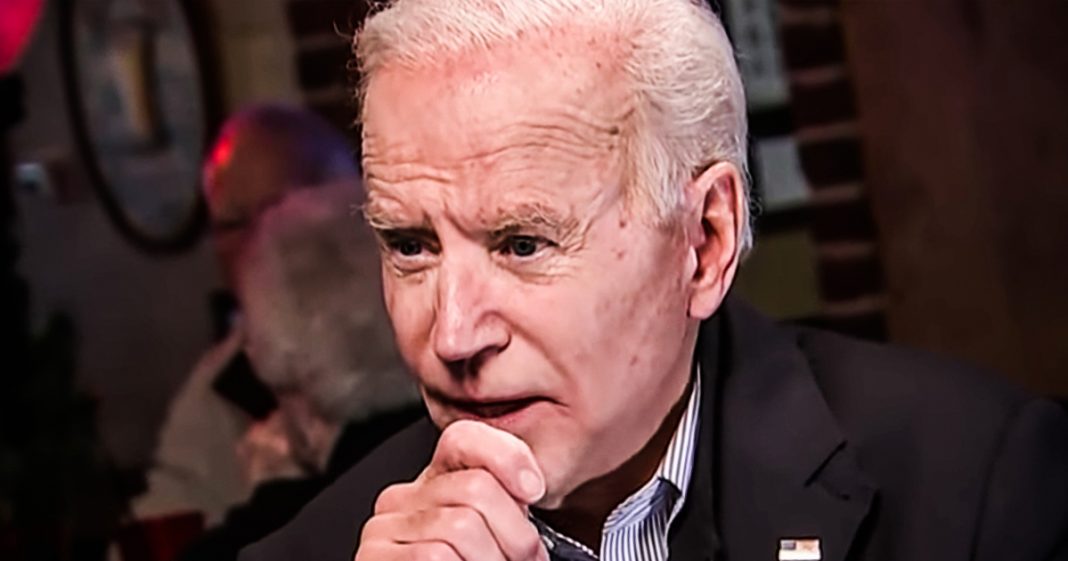 Comcast, the parent company of MSNBC, has been showering Joe Biden with campaign cash, according to a new report by Sludge. Make no mistake about it – Joe Biden is a corporate candidate who will side with big corporations when it comes down to it, and that’s why corporations like Comcast are trying to secure his victory in 2020. Ring of Fire’s Farron Cousins discusses this.

It’s no secret that MSNBC clearly does not like Bernie Sanders. Now the reason’s always been a little bit unclear. Even back when he was running against Hillary Clinton, right? Their hatred of Bernie Sanders, the anti Bernie Sanders people they brought onto the network, none of it really made any sense and none of it, none of their arguments were actually based in reality. So the whole thing was a little bit weird. But this time around it’s gotten so much worse probably because you don’t have people like Ed Schultz on the network anymore who would actually give Bernie praise. So why? Why do they hate Bernie so much? And I guess the bigger question is if they hate Bernie so much, then who is it that they like? Well thanks to a new report by Donald Shaw in Sludge, we know who they like. They like Joe Biden. Now the on air talent may not be the biggest Joe Biden fans in the world, although they have given him more coverage and more positive coverage than any other person running for president on the Democratic side this go round.

But the executives at MSNBC’s parent company, Comcast, absolutely love Joe Biden and they have loved Joe Biden for decades. According to this report, again, Donald Shaw in Sludge, a phenomenal piece of work here. 17 executives at Comcast have been showering Joe Biden with campaign cash. Here, I’m just going to read this excerpt, Biden has received 17 large campaign contributions from executives and vice presidents at Comcast, including eight of the legal maximum of $2,800. Of all the other candidates still in the race, only South Bend, Indiana mayor Pete Buttigieg has received any Comcast executive contributions. Buttigieg received a single contribution from Comcast managing director Amy Banse. In addition, Comcast top lobbyist David Cohen co-hosted Biden’s kickoff fundraiser in April and he is listed as a bundler for the campaign, meaning that he has collected at least $25,000 in contributions from others for Biden. The company’s executives and other employees have given Biden’s campaigns $153,000, $153,566 since 1989. So as I mentioned for decades, right?

And that’s why they’re pouring money into him. And that is part of the reason why their network that they own, MSNBC, is being overly nice to one of the worst people running for president right now on the Democratic side. Joe Biden is a dangerous candidate. Joe Biden is not a good candidate, nor is he a good person to have out there on the campaign trail. He’s freaking out on voters. He’s yelling at members of the press, getting in their face, insulting and mocking them. He is Donald Trump, just a little less abrasive and with a better smile. That’s what Joe Biden is and MSNBC because of their corporate masters at Comcast is more than happy to prop him up. MSNBC is corporate media and I know a lot of people on the left like to watch MSNBC. They think it’s okay. Trust me folks, it ain’t. Just like every other corporate owned media outlet, they have an agenda that they do not want the public to know about because the agenda is coming from the corporations who run the network. I do not trust MSNBC, just like I do not trust the other corporate media outlets and you shouldn’t either.