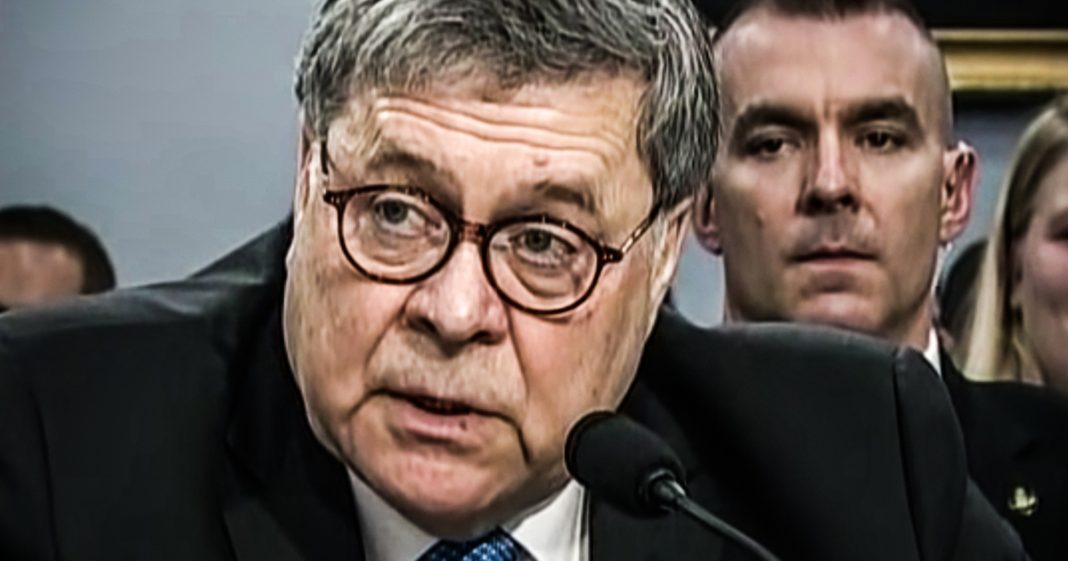 The Department of Justice said in a court filing that they had 24 emails related to the Ukraine scandal, but they only made this announcement AFTER the Senate voted to not allow witnesses or new evidence into the trial. These emails contain details from the President about the decision to withhold aid to Ukraine, and likely could have been the key to either convicting or exonerating (yeah right) the President. Ring of Fire’s Farron Cousins discusses this.

To absolutely no one’s surprise, on Friday, the Republicans in the United States Senate voted to not allow witnesses and to not allow any new evidence in the impeachment trial, which effectively ends the impeachment trial. It’s going to go to a vote today, may have already happened at this point, and then Donald Trump would be acquitted. He’ll start his victory lap and yada, yada, yada. But on Friday, shortly after the Senate voted saying, we’re not taking any new evidence, we’re not listening to any new witnesses. After that happened, and this was in the evening by the way, the office of management and budget along with the DOJ made a court filing and in that court filing, they acknowledged that they had 24 emails related to the Ukraine scandal that explained how and why and for how long the military aid was going to be withheld.

And those emails are heavily redacted and we can’t have them, they say in the court filing, but they waited until after the Senate voted to not allow new evidence to tell a judge that, oh, by the way, we have a lot of new evidence that actually tells the entire story. Now I’m willing to bet if this new evidence, if these 24 emails that the federal government has would have exonerated Trump, those probably would have been admitted. Those would probably be widely released and be mandatory reading for every citizen in this country. But the fact that they waited till after and they’re still redacted and we still can’t see them, that kind of leads me to believe that they tell the entire story of Donald Trump’s criminal enterprise there at the White House. This is what was said by the office of management and budget in the official court filing. The documents in this category are emails that reflect communications by either the president, the vice president, or the president’s immediate advisors regarding presidential decision making about the scope, duration, and purpose of the hold on military assistance to Ukraine. So according to the court filing, these emails tell the entire story.

So if Trump, as he claims, did nothing wrong, why not release these emails? Why not put the whole thing to rest and show us how stupid the Democrats were for going after this? Because that’s not the story that the emails tell us, is it? I’m willing to bet these emails tell us exactly what we knew from the start and that is that Donald Trump withheld this military aid because Ukraine had not yet announced that they were investigating the Biden family. Eventually, these emails will come out. We’ll all get to see them. Maybe we’ll see bits and pieces before that. Maybe we’ll see the redacted versions longer. But none of it’s gonna matter at that point. Impeachments done. It’s over. And unfortunately there’s nothing we can do about that. However, we can continuously remind people of this president’s corruption. We can still fight for documents like this, to keep the story alive and hope that they remember in November that Donald Trump is a corrupt, horrible human being. Or we can suck it up, move on, focus on the issues, and beat him that way. Because when it comes to issues, Trump has no leg to stand on, and it would be very easy for a Democrat, the right Democrat, to beat him on the issues. And to be honest, we know Trump’s corrupt. We know he’s done criminal things. Most of the public knows that. At this point it’s almost a waste of time to keep hammering that. So I think it’s best to move on, focus on the issues and beat him that way.