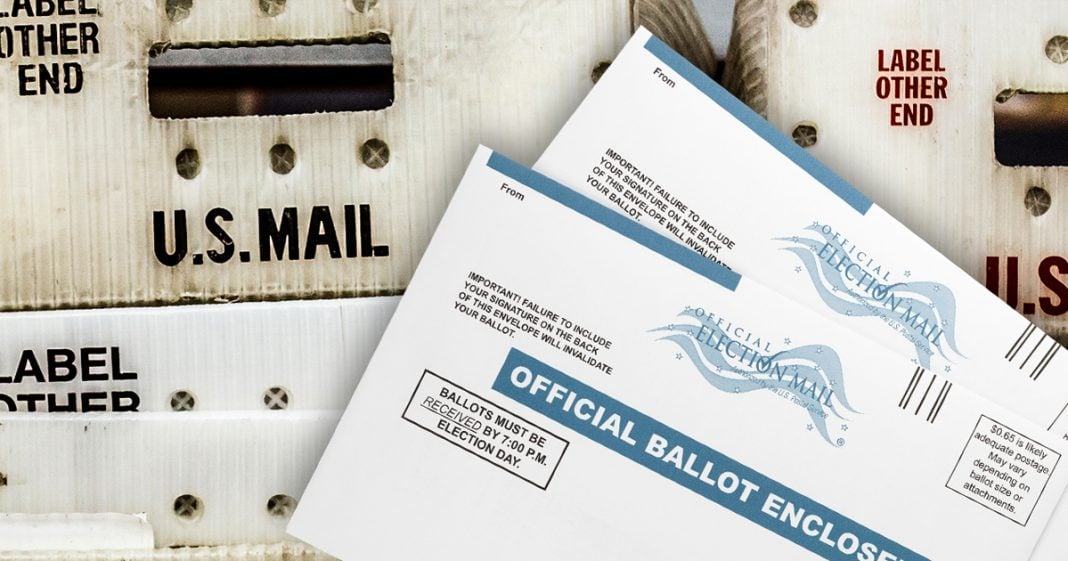 A federal court ruled this week that the entire Republican Party of Arizona engaged in discrimination against minorities when they decided several years ago to end the collection of ballots by contractors. This move prevented many minorities from being able to vote because they were no longer able to mail in their ballots and couldn’t otherwise travel to polling stations on election day. This is a huge victory for minorities in Arizona, and could have major ramifications in November, as Ring of Fire’s Farron Cousins explains.

And if you knew this, you’re going to be looking at jail time. So basically they threatened people in the state that if you try to mail in a ballot through a third party, which means not US mail, you could go to jail. You don’t want that, do you? And the voters in the state said, no God, no, we don’t want to risk jail time for just trying to vote. So I guess we just won’t vote. And the judge found, based on the evidence, that evidence, that this did disproportionately target minorities, African-Americans, the Hispanic population and the Native Americans in the state. And Arizona has a pretty decent population of each one of those groups. And their voter turnout in the elections since that law was passed four years ago, dropped significantly. And that was the plan, the judge says. That is what Republicans wanted to happen.

So the judge struck down their law and then again said you intentionally discriminated against these groups of people. So here’s what happens now. Obviously the Republicans in the state are going to appeal this. Maybe the higher courts are gonna disagree. Maybe they’re going to agree, maybe it goes to the Supreme Court or maybe it stays the way it is and this coming November, more people get the opportunity to vote, which is very sad for this Republicans in the state of Arizona because they’re already facing a very massive uphill battle, right? They’ve got who Martha McSally as their Republican governor appointed Senator who had already lost a Senate race and given the fact that she’s pretty well hated outside of Arizona and starting to be more and more hated inside Arizona, she is facing a very tough reelection and if all these groups that her party had discriminated against for four years can now vote, they’re probably not going to flock to the party that been barring them from the polls for four years. But again, the cruelty is the point. The suppression is the point. That’s what Republicans want to do because they can’t win elections on policy. They can only win when they suppress democratic voters, and at least for now in the state of Arizona, that’s not going to happen. We’ll have to wait and see if this stays in place. By the time the November election rolls around, but if it does, that is going to spell certain doom for a lot of Arizona Republicans.