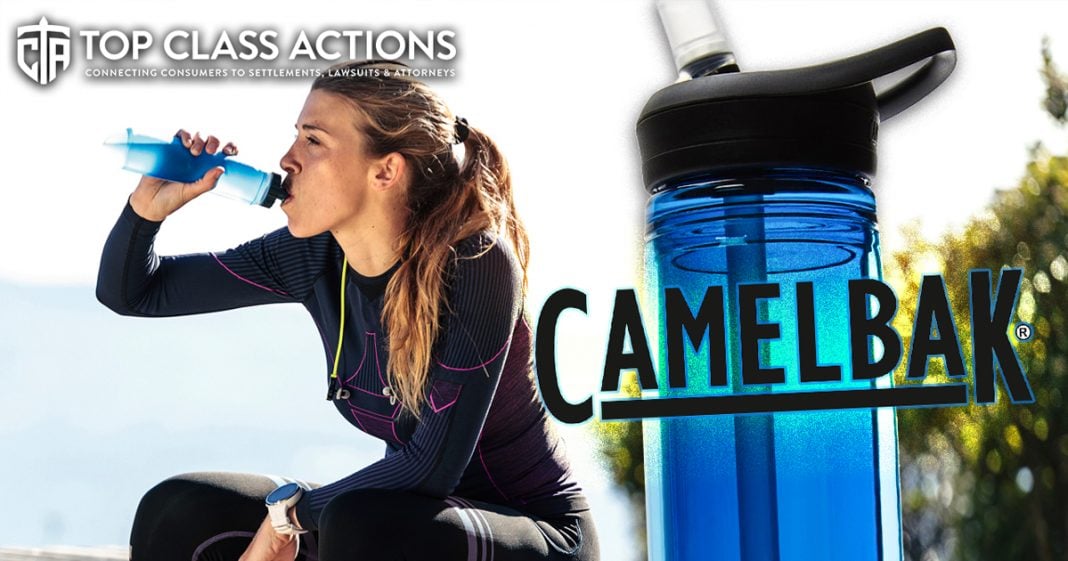 Farron Cousins:                  Consumers are trying to be a little bit more earth conscious these days and as such we’re buying more and more water bottles, not those plastic ones that end up in landfills or the giant Pacific garbage patch. I’m talking about reusable water bottles, that has become a massive industry is people want to purchase something that they’re not going to throw away 10 minutes later. And unfortunately as this industry has heated up and started making millions upon millions if not more in revenue each year, some of these companies are making claims about their products that they cannot back up.

And joining me now to talk about a class action lawsuit that’s come up because of these claims that cannot be backed up by the company is Scott Hardy with Top Class Actions. And Scott, today we’re talking about the CamelBak leak proof water bottle. Or at least that’s how they market it, as leak proof, according to this class action, not the case in real life, is it?

Scott Hardy:                          No, it’s not. And, and so we’re all familiar with CamelBak. They started out with those great hydration packs. You put one on your back, run, hike, whatever you want, you’ve got a cool water or your drink right at whenever you need it. Now CamelBak sells these Eddy leak proof bottles. So they’re vacuum bottles and as you said, they’re supposed to be leak proof. They have the CamelBak Eddy for kids, they’ve got CamelBak Eddy bottles for adults. But unfortunately, according to this class action, the CamelBak Eddy bottles are not leak proof. So if you put one in your kid’s backpack and then send them off to school and that thing tips over, oh, you might have your homework that’s now soaked and you’re gonna have a problem with that.

Or, you know you’re, you’re going to have it leaking in your car. You know, my kids, I had a bottle that, that tipped over in the back and all of a sudden I had a small lake on the way to soccer practice. It’s just wonderful when you have these leak proof bottles that aren’t leak proof. So that’s what this class actions is alleging, is that these CamelBak Eddy bottles are not leak proof. It’s a defect and that CamelBak had better fix it and refund those customers that have these allegedly defective bottles.

Farron Cousins:                  And CamelBak is marketing these as these, they have these patented bite valves and that bite valve is what’s supposed to make this thing totally leak proof. So these, these plaintiffs in this lawsuit are saying that this bite valve is actually the piece that is in fact defective. It, it’s not sealing off like it’s supposed to. And you brought up a good point there about having it in a backpack and then everything in the backpack gets wet. I have a water bottle that I bring with me every day, everywhere I go. Even when I travel, I have it in my backpack and it’s sitting there right next to my very expensive computer. So yeah, I mean this, this can cause very serious problems.

If this company says, hey, don’t worry, this thing’s not going to leak no matter what, they to be able to back that up before they cause some serious damage, you know, in somebody’s car or a backpack or, or a child’s backpack with their homework in it that they have to turn in. This can cause some actually very serious and sometimes expensive problems when the product doesn’t perform as it’s supposed to.

Scott Hardy:                          Exactly, you know, CamelBak is marketing these bottles as spill proof. So if they’re spill proof, you should be able tote them around. They tip over, they shouldn’t, you know, they shouldn’t leak, they shouldn’t spill. But, you know, we’ve received hundreds of comments from our viewers saying that they want to participate in this class action, which leads me to believe that this is a pretty pervasive issue for these CamelBak Eddy bottles. So it’s curious, are they just going to try to issue a fix for these bite valves? Are they going to allow people to send their, their bottles back and replace them with ones that may not have this defect? You know, how is CamelBak gonna fix this? Because it looks like they sold thousands upon thousands of these to consumers and they’re, may be stuck with a leaky bottle.

Farron Cousins:                  Right. And one of the biggest issues the company faces with this in addition to, you know, thousands of these being sold is the reputation damage. Because if there’s one thing that’s not difficult to find here in this country right now, it’s a different water bottle. So if, if CamelBak wants to stay on top of this and they want to do the right thing and fix the reputation before everybody just goes to a competitor, they need to do it quickly because again, you can find really good, nice inexpensive wottle, water bottles anywhere.

So CamelBak, this is on you, you want to fix this, make sure you do it quick before everybody already moves on and buys something different. So for more information about this issue, please follow the link in the description of this video and head on over to Top Class Actions. And of course if you haven’t already, make sure you sign up for their weekly newsletter. Scott Hardy with Top Class Actions, thank you very much for talking with us today.