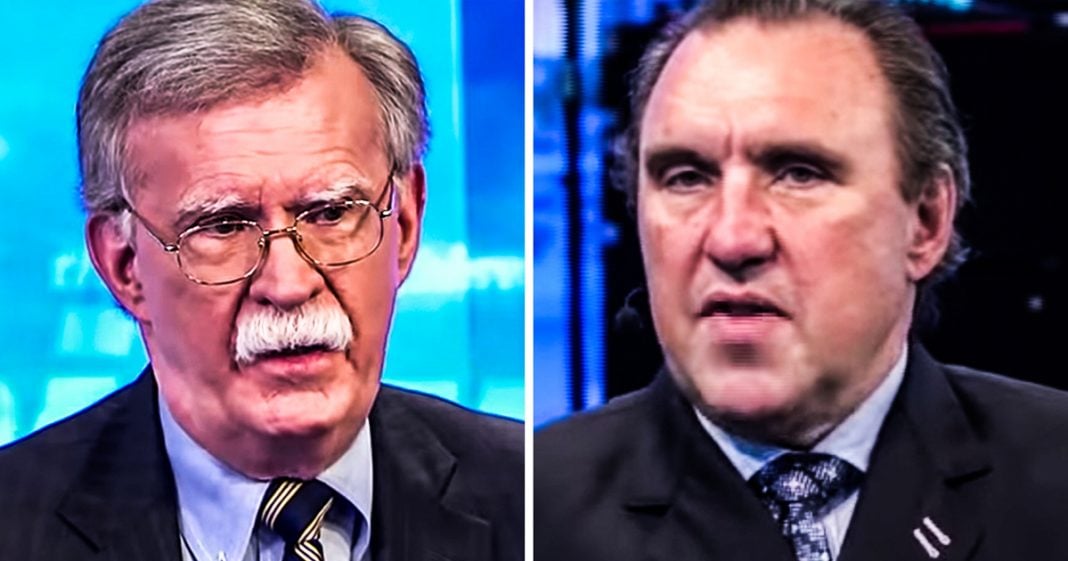 Conservative Pastor Rodney Howard-Browne is not happy about John Bolton throwing Trump under the bus, and he thinks Jesus is unhappy, too. In a tweetstorm this week, the Pastor asked the question “What Would Jesus Do?” and proceeded to answer his own question by saying that Jesus would have made a whip and “beat the crap” out of John Bolton. Ring of Fire’s Farron Cousins discusses this insanity.

A conservative evangelical pastor by the name of Rodney Howard Browne, said this week that Jesus would absolutely to quote him, beat the crap out of John Bolton. Now, Howard Browne, again, conservative evangelical pastor, has been to the White House, has laid his hands on Donald Trump and prayed for him with other evangelical pastors, and Howard Browne believes that we have a duty, a loyalty to Donald Trump. Which before I even get into the issue here is a little ironic, right? This guy’s a pastor. He’s supposed to be man of God. Supposed to be a guy that’s at least pretended to read the Bible, but he says our loyalty should be to Donald Trump. Pretty sure, in fact, I think it’s actually one of the commandments, you’re loyal to one person according to that book, and it sure as heck isn’t Donald Trump. But here is what pastor Rodney Howard Browne had to say in a tweet storm earlier this week.

This was all directed at John Bolton. You are a slime ball of the highest order. I should have knocked your sorry, but through the door of the oval office into the rose garden. When I saw you, I would have gladly been arrested. What a Benedict Arnold. I am glad you were fired. That was followed by five exclamation points, by the way. I have no respect for someone who is disloyal to the president and loyal to deep state and then there’s a space and then there’s three exclamation points and then he continues. No respect, no respect at all. What is this Rodney Dangerfield? Good God, no respect, no respect at all. What a globalist sell out and that is where things take a turn to the crazy because he then says, what would Jesus do? He would have made a whip and beat the crap out of him.

Yes, Jesus Christ, famed whip maker of the Bible that he used to beat the crap out of people. I mean, would talk a lot about the fact that a lot of these evangelicals seem like they’ve never read the Bible, but I’m willing to bet that Rodney Howard Browne has probably never cracked that book at all. Making whips and then beating people with them is not something Jesus ever did in the Bible. That’s just not a thing that he did. And I don’t know why he thinks that suddenly Jesus Christ would come down to earth, be like, somebody get me some leather. I gotta make a whip real quick because I saw John Bolton walking down the street and I need to beat the crap out of him. Jesus was not necessarily known as somebody who would go out and openly assault people for not being loyal to political leaders. My God, Rodney Howard Browne is a complete fraud and I hope that every member of his flock, wherever the heck that may be in this country, understands that because he clearly doesn’t know what Jesus was about, what Jesus did or said, and what he taught to his disciples. Because I can promise you somebody who grew up in a church, went to Catholic school for years and years and years. I can promise you we never once learned a lesson about how to follow in Jesus’s footsteps by making whips and beating the crap out of people who didn’t fall in line with the politics of the day, just not something they do in religion.