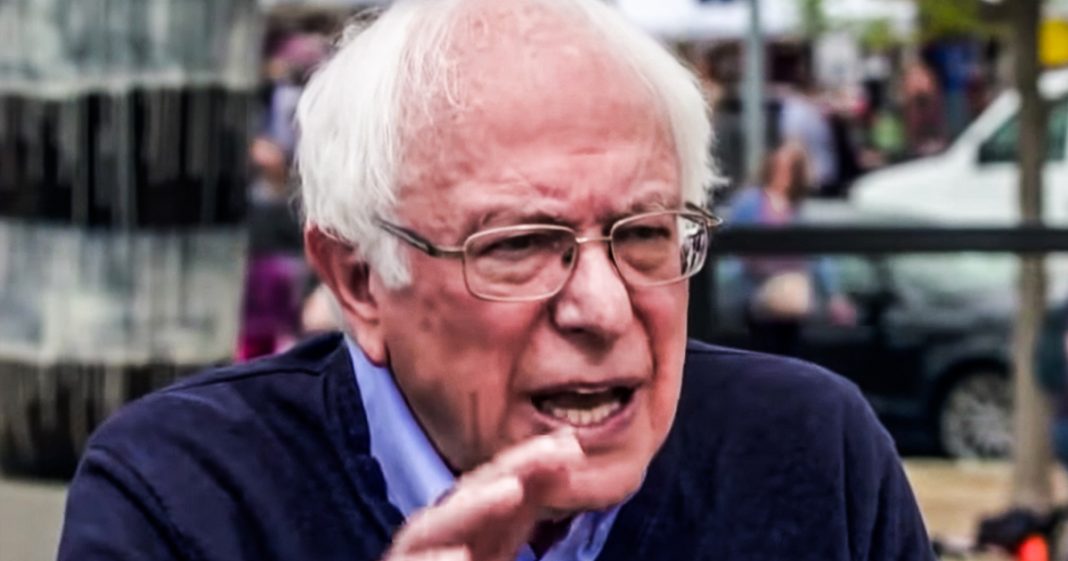 Bernie Sanders has introduced legislation in the Senate to completely ban the practice of hydraulic fracturing (fracking.) This practice has been shown to be one of the most destructive and dirty forms of energy extraction and use, and Sanders’ proposal is long overdue. The question is whether other Democrats will get on board with it, or will they side with the fossil fuel companies? Ring of Fire’s Farron Cousins discusses this.

Earlier this week while everybody was distracted by the impeachment hoopla, Senator Bernie Sanders introduced a bill in the United States Senate, cosponsored by democratic Senator Jeff Merkley, that would 100% completely ban the practice of hydraulic fracturing, fracking, here in the United States. The bill was also crafted in part by Democratic representatives, Alexandria Ocasio-Cortez and Darren Soto from the state of Florida. This bill is long overdue and banning fracking has been something that Bernie Sanders and Merkley, to be honest, have been very passionate about for many, many years. On the democratic side in terms of other candidates running for president, Elizabeth Warren has also called for a complete ban on fracking here in the United States. But as of yet, she has not signed onto this bill from Bernie Sanders. Now, this immediately drew a lot of backlash from the fossil fuel industry and they said, how dare you attempt to ban this totally safe and effective means of energy extraction here in the United States.

But you see, here’s the problem, fossil fuel industry, fracking is not safe and the worst part is we don’t even know yet how dangerous it is thanks to the so-called Halliburton rule that Dick Cheney got put in place where we don’t even get to learn about the hundreds of chemicals used in your fracking fluids that you’re pumping into our ground water. So we don’t know all of the toxins that you’re using. But what we do know, and I’ll go ahead and tell you right now, is that fracking has been linked to an increase in earthquakes in places that otherwise wouldn’t experience earthquakes. In fact, it was causing so many over there in the European Union that many countries decided to outright ban fracking, not just because of the emissions or because of the toxins and poisons, but because every time they’d start fracking they’d start having earthquakes. And at least over there on that issue, they had enough good sense to say, huh, maybe we shouldn’t be screwing with the earth like this. We’re not going to allow this to happen anymore, but not us here in the United States.

Even with pending lawsuits against the fracking industry for their earthquakes they’re causing, we’re still saying, you know what? Go ahead and do it. Just people maybe tape your stuff down. Don’t put any priceless vases up high, put ’em on the floor and maybe they won’t break when you get one of those fracking earthquakes. The DNC as part of their official platform in 2016 after Hillary became the nominee, they refused to add a ban on fracking to their platform because they were trying to appease the fossil fuel industry. Another thing we know is that over the course of its life from extraction to burning, fracked natural gas is actually dirty or than coal. It is not a bridge fuel as some corportist Democrats and Republicans want you to think. It’s not what’s going to take us from fossil fuels to renewable energy. It is just as dirty as the other fossil fuels. It’s just that they have apparently a much better PR department for fracking. This bill is necessary and we know it’s not going to pass and that sucks. But, what will be interesting and what we can judge people on is how many other Democrats decide to co-sponsor this bill, and are any of them stupid enough to vote against it? I’m willing to bet we’re going to see a couple of them, and the name Joe Manchin pops right up into my head on it, but let’s see if any of the other Democrats think that banning this dangerous fossil fuel extraction method is worth risking their career on.