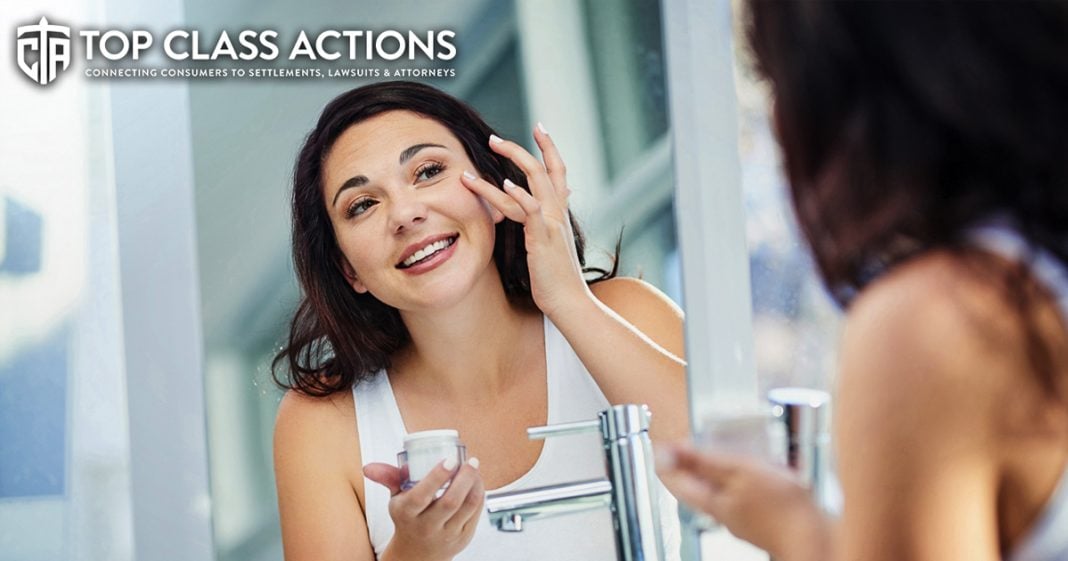 A class action lawsuit has been filed against Unilever by consumers who claim that they were injured when they used Pond’s anti-aging cream Rejuveness, as it is purported to contain high levels of mercury. The plaintiff in the case reported symptoms including headaches, memory loss, decreased energy, fatigue, and more. She allegedly sought medical treatment which included “extensive neurological testing” but provided no answers. Ring of Fire’s Farron Cousins discusses this with Scott Hardy, President of Top Class Actions.

Joining me now to talk about this is Scott Hardy with Top Class Actions. And Scott, mercury is a substance that you do not want anywhere near the human body. But unfortunately some of these skin creams, particularly those made by Pond’s, I believe it is, they may contain, according to this lawsuit, toxic levels of mercury that build up over time in the consumers. So tell us what’s happening here.

Scott Hardy:                          Sure. So we had a woman who was using Pond’s for years, seven years, as directed on her label to, to help, you know, help her skin and, and trying to fight the aging process. But she started just having a general deterioration of her health. She was having health problems, goes into the doctor, can’t really find anything. You know, they’re, they’re, did extensive neurological testing and are getting no answers as to why she’s having these problems. Finally, they actually, she actually sends in Pond’s for lab testing and finds out, oh my gosh, there’s mercury in this Pond’s face cream. And so they do the blood test and they find out that usually you should have, of course, zero mercury in your bloodstream and if you have 11 parts per million of mercury that’s considered toxic.

Well she had 140 parts per million, which is connected to all of these health issues. Now, mercury is illegal to use in the US and the EU, but it sure sounds like there might be some within Pond’s, at least according to this class action, and possibly other skin creams. So we’re going to have to see how, you know, how much it actually is used and if it’s being snuck, you know, under the radar and, and potentially poisoning Americans.

Farron Cousins:                  And people need to understand, you know, when you put those creams on your skin, and in this case I think it was the Rejuveness Pond’s anti-aging cream. When you put that into your skin, you know, it, it goes between the cells. It’s soaks into your body. So if it has some kind of heavy metal in it or toxic metal like mercury, that immediately goes down in there. Not to mention if you’re putting this on your face, you’re inhaling it as well. So this is a huge toxicity issue. At least for the plaintiff in this one, 140 parts per million, when even just 11, you know, less than a 10th of that is already considered toxic.

So I, I’m guessing what has to happen now, obviously, is they have to be able to in this particular lawsuit say that the mercury that we’ve definitely found in the plaintiff did definitely come from this Pond’s cream, which to be honest, shouldn’t be a difficult thing to prove if it is in fact in the cream. I mean you can, you can test the cream just like you can test the blood for mercury. So if they can find it in there, this kind of seems like a bit of a slam dunk. I mean, I don’t want to jinx it before it happens, but, you know, you can test her blood, you know she used the product. You can test the product, if you find it there, you’ve got the link. Right?

Scott Hardy:                          Exactly, you know, we’ve already had 680 comments on this one, more than 81 shares. So our viewers are saying, hey, we’re seeing this issue. We want to participate, what’s going on? Because people are concerned about their health. Pond’s is a well-respected brand for, that’s been, you know, for skin cream for years and years and years. And to find out that, at least according to this Rejuveness class action, that there’s mercury in it, this is a huge hit. I mean, they should very likely pull Pond’s Rejuveness off the shelves if we find mercury in it and now we’re going to see the attorneys start testing more of these skin creams to see who else is doing it. And that’s going to be for all the other people out there that are like, well, I’ve had these problems but I don’t use that skin cream, I use this, I use this one. You know, it might be more prevalent than we think it is.

Farron Cousins:                  And it’s really interesting too and actually kind of sad the fact that we have to go through, after the fact, to run all these tests instead of doing it pre-market release, which is what should be happening. The FDA should be on top of these things and unfortunately they’re just not. You know, this, this is a problem that should never have made it to the consumers. They should’ve found this in testing. They should have found this in the data. They should have tested it prior to it being released to the public. But as we see time and time again, our FDA here in the United States has basically become completely, you know, just a symbolic organization. They don’t do too much anymore. They’re still there. It’s kind of like the Royal family, right? They don’t appear to have too much power, but you still hear about them all the time. They’re still there. They just don’t really do anything anymore. And that’s what our FDA today has unfortunately become. This is a big issue.

Farron Cousins:                  Mercury toxicity is nothing to mess around with. This is not something anyone, anybody wants to experience. And the effects of the mercury poisoning here can be lifelong. Even after you stop taking the product, you can still be dealing with these side effects, you know, for the remainder of your life. Correct?

Scott Hardy:                          Correct. You can and it’s important to note that this doesn’t appear to be accidental. It’s not like, oops, there’s some mercury in the skin cream. Mercury has been added to skin creams to help on the skin lightening side of things. So it, this isn’t something that we just had some tainted lots that went in there. This was part of the magical recipe for Rejuveness, for Pond’s Rejuveness skin cream. So if that is the case and Pond’s knew that they were putting mercury into these skin creams, then, you know we, we have that intent and that complete disregard for law, which will help this class action along. Unless Pond’s says, oh oops, we don’t put mercury in our EU and US skin creams. We only put it for the Rejuveness outside, which is still wrong because it’s toxic. But we’ll have to see what happens.

Farron Cousins:                  Absolutely. This is a big one. This is very important. If you or anybody you know uses these products or similar products, make sure you follow the link in the description of this video. Head on over to Top Class Actions, get all the information you need, because again, this is going to be a big one. And of course, while you’re there at topclassactions.com make sure you sign up for their weekly newsletter. Scott Hardy with Top Class Actions, thank you very much for talking with us today.