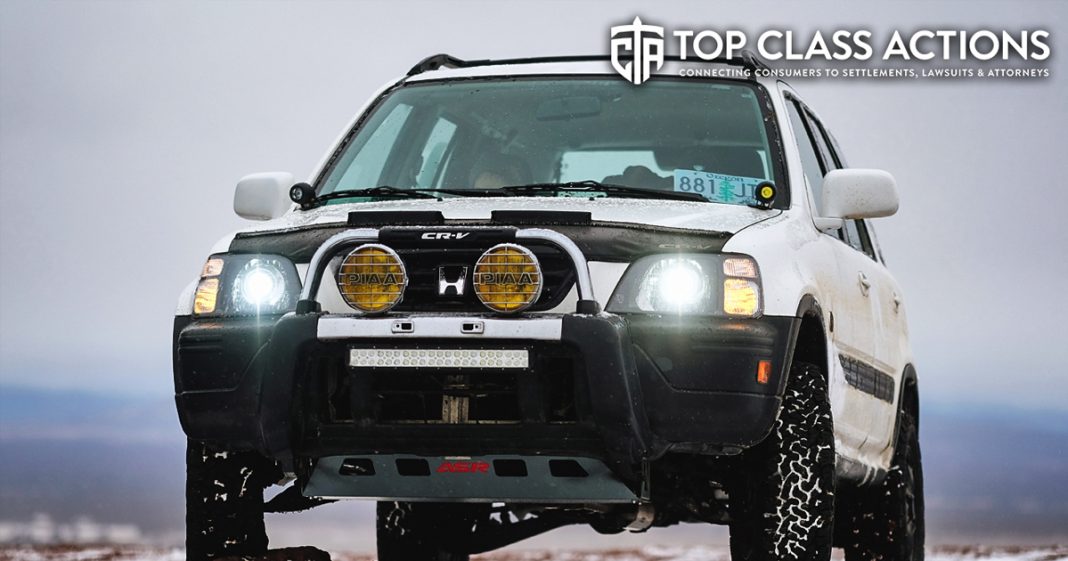 The American Honda Motor Company has been hit with a class action lawsuit by a vehicle owner who claims that the company’s “Honda Sensing” technology suffers from safety flaws. The plaintiff the sensing system detects “false positives” or “false alarms,” which result in safety protocols being engaged without warning the driver. Ring of Fire’s Farron Cousins discusses this with Scott Hardy, President of Top Class Actions.

Farron Cousins:                  With computers controlling essentially every part of our daily lives, I’m sure pretty much everybody watching this has experienced an unfortunate computer crash that has cost them some pretty serious data, but at most those are really just inconveniences. But what happens when the computer that controls your car decides it’s going to crash or throw you error messages that can then set the entire car into a motion that’s really going to end up dangerous for the consumer. Unfortunately, that’s what we’re seeing happen right now with a lot of Honda CR-Vs and joining me now to talk about this is Scott Hardy with Top Class Actions. And Scott, we have talked in the past about other cars having these computer failures and while it’s great to have our cars controlled by computers, computers notoriously fail. Even the best top of the line, you’re going to occasionally get a crash. And unfortunately when you get a crash in your car’s computer, that can actually lead to a crash with the car itself. We’re seeing some problems with these Honda CR-Vs. They’re having issues with their Honda Sensing technology. Go ahead and lay this out for us. This is a pretty significant computer failure that these cars are experiencing.

Scott Hardy:                          Yeah, that’s what it sounds like. According to the class action, this, a customer bought their, their Honda CR-V. A 2019 CR-V and they started experiencing these problems, like you said. The, the Honda Sensing technology is supposed to help make your car safer. So if someone pulls in front of you, it hits the brakes automatically. So you’ve got sensors all around the car to help the car figure out how to help you and to, you know, figure out an act before even your reflexes do to potentially save your life. But what this customer is saying is that they have their Honda CR-V, they are driving down the highway and all of a sudden the Honda Sense alerts are going off the. The car is braking with, without any warning because it’s thinking things are going wrong. Now they actually brought their car in multiple times and so far their Honda dealer has not been able to fix it.

And so this class action was filed after, you know, repeatedly trying to find out what was wrong. It’s interesting that they decided to file a class action because this is actually a really good, from my initial checking of it, a good lemon law case. Because if you have a new car under warranty that the dealer just can’t fix, you can file a lemon law lawsuit, which goes very, very quickly. And essentially what that does is that just has your lemon law lawyer talk to the manufacturer and say, hey, you guys can’t fix this. The, the, you know, they need a new car. And so from what we’ve seen so far with these lemon law lawsuits, the customer and their lawyer, they talk to the manufacturer, manufacturer says, fine, we’ll pay off your car and here’s some extra money on top of that for the inconvenience. And that allows that person to go in and get a new make, model, whatever they want that doesn’t have this problem. Now, if it’s a larger issue, like this class action is stating, you know, hopefully we’ll see broader relief. But if it’s just you and your cars under warranty and you’re having these problems, then a lemon law lawyer would be very helpful.

Farron Cousins:                  Right, and that’s an important distinction to make here because if it is just, you know, a couple of these cars coming off the line, occasionally, yeah, something goes wrong with it. Just like building a computer or really anything that comes off the line in any mass produced product, occasionally one or two of them are going to be bad. Right? It’s not going to be up to standard. There’s gonna be a couple problems with this. Something happened to that particular thing somewhere along the assembly line. But it is not representative of every single product and that’s where the lemon law comes in. This particular one could be bad, but if it’s every one of them or most of them or a lot of them, then yes, there is a problem with this specific design and that’s when it falls into the class action category. And that’s when something needs to happen, you know, through the courts with a lot of different plaintiffs, a lot of class members and things like that. So the, this particular one says this may not be a lemon, we think this problem is more widespread. Is that what’s happening?

Scott Hardy:                          Exactly, the class action’s saying this is a systemic problem across Honda CR-Vs and possibly other makes and models all connected to the Honda Sense functionality. So we’ll have to see as this case continues, how widespread it is. You know, we’re receiving some comments on it, but it’s not, you know, this is, this isn’t something that we’ve received hundreds of comments from people saying this is happening to me. As it continues, we’ll see if that, that picks up. But when a, you know, a class action, this is going to take a couple of years to resolve compared to a lemon law lawsuit, which typically only take a few, a matter of weeks or a month or two.

Farron Cousins:                  So that’s definitely good for consumers to know. But, just a little bit more on this Honda issue here, this is particularly scary, right? I mean, as you pointed out, these cars have the sensors all around them. They’re designed, some of them are even designed to swerve out of the way these days. But with this particular one, this one can break for you. This one can accelerate for you and it can do it faster than the human brain can even process. So when you’re not expecting these things and there is a glitch in there somewhere, as this lawsuit states, you’re going to suddenly break without experiencing it with, or excuse me, without expecting it. You know, your, your body can’t even adjust to it. That’s very dangerous. Especially if you’re driving along the road and you’ve got somebody behind you, nobody in front of you and your car just randomly slams on the brake, you’re going to end up in a pretty significant accident from an instant like that.

Scott Hardy:                          Exactly, it’s, this is truly a problem that’s affecting a lot of these Honda vehicles. They need to get it addressed. They should be sending out repair orders to all the dealerships to get this thing checked out. So hopefully Honda, you know, they’re known to take care of their customers. Hopefully they’ll do some good due diligence here and, and, and fix the issue unless it is just a one car problem.

Farron Cousins:                  Absolutely. For more information about this issue, please follow the link in the description of this video. Head on over to Top Class Actions and while you’re there, make sure you sign up for their weekly newsletter. Scott Hardy with Top Class Actions, always a pleasure talking to you. Thank you.