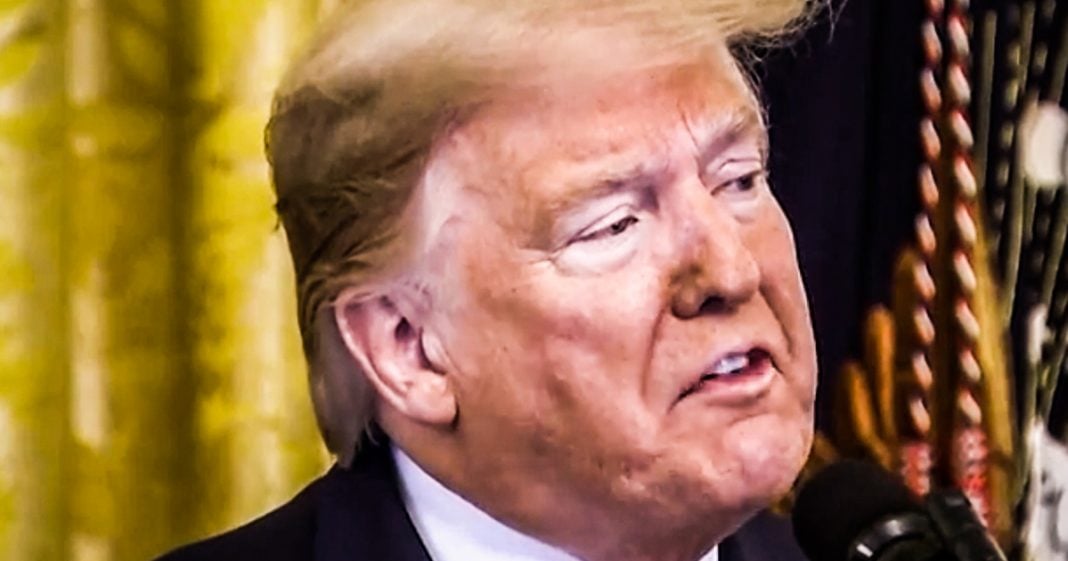 For more than a year, federal workers claim that they have been warned that talking about impeachment, or even the likelihood of impeachment, could get them in serious trouble with the Office of the Special Counsel. Now the union representing these workers is fighting back, arguing that there is nothing in the Hatch Act that prevents employees from discussing these issues with one another. Ring of Fire’s Farron Cousins explains what’s happening and why the Trump Administration wants to silence these workers.

For little more than a year, the office of special counsel within the government itself has been warning federal employees that they are not allowed to talk about impeachment or, before the impeachment actually happened, the prospect of Donald Trump’s impeachment. Essentially the OSC has gagged these federal employees by threatening them with the hatch act because according to the guidelines that they sent out to these federal employees, if you talk about impeachment, that might, not is, that might be a violation of the hatch act and then, oh, we’d have to do something about that. Right? So you’re better off just not talking about this at all amongst your coworkers. Now, the American federation of government employees, which is the union that represents federal workers, filed an emergency injunction last Friday. That injunction is seeking to lift this a ban on political talk among federal employees. And here’s why. The OSC is arguing that if you talk about impeachment, which impeachment would result in the removal from office and the inability of that person to ever hold an elected office again, that is effectively talking about an electoral issue.

The union argued in court that that’s really not the case. Impeachment is legislation, essentially passed by the House and then voted on in the Senate. That’s the same as talking about a spending bill or a military budget or anything else that comes through the House of Representatives. Furthermore, because they’re not using their position to advocate one way or the other for or against, there is nothing in that hatch act that forbids these employees from talking about it amongst themselves. If they were to use their office and say, listen, I work at the census bureau and I think Trump should be impeached. Okay, if they came out and did that publicly, yeah, that’s a violation of the hatch act. If you walk over to the cubicle next to you and say, hey Jim, this impeachment thing, wow, this is pretty crazy. Huh? That’s not a violation of the hatch act, but the office of special counsel wants us to think that it is because there can be no dissension amongst the ranks in the Trump administration.

They do not want people out there talking about it because the more they talk about it, they realize how guilty the president truly is. They want to silence anyone any way they can. Now, we do not yet have a ruling on this. The motion filed this past Friday by the union has not necessarily been decided, and if it did, it wasn’t made public. So maybe we’ll find out soon. But again, there is no reason, there is nothing in the hatch act that would prevent these employees from talking about it to one another. They’re not advocating for or against. They’re not specifically using their position to influence people on a way to vote. So the hatch act does not apply in this situation and the office of special counsel’s legal argument should immediately be struck down by this judge.