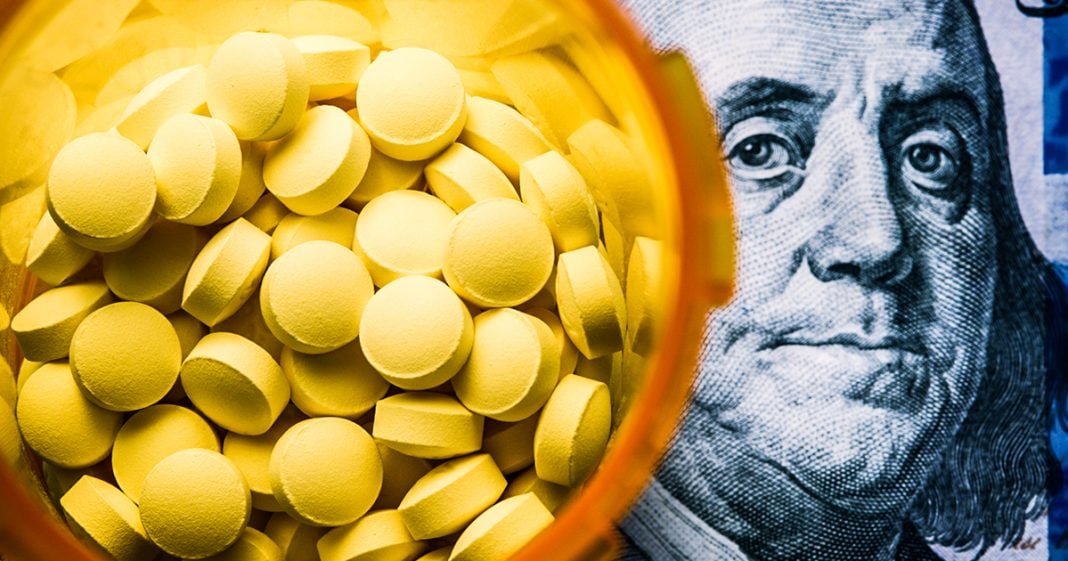 Democrats in the House of Representatives have announced that they will be launching a $1 million ad blitz, targeting Republicans who refuse to take action on the issue of prescription drug prices. Republicans have promised voters that they care about the issue, yet they are refusing to pass legislation that would actually address the problem. Ring of Fire’s Farron Cousins explains what’s happening.

Democrats in the House of Representatives have announced a major $1 million ad buy to run ads across this country promoting the fact that Democrats are actually trying to help lower the cost of prescription drugs, while also attacking Republicans in the House of Representatives and the Senate for doing absolutely nothing about the rising cost of prescription drugs here in the United States. $1 million is not a ton of money, right? It’s not going to buy you a lot of ads, but it is going to help get your message out there. I wish they would devote more money to it and maybe as this thing progresses, maybe they will because they should, because this is a big issue and for the most part, Democrats are on the correct side of this issue. Last year, Democrats passed a bill in the House of Representatives that would have allowed for the negotiation of drug prices for government sponsored healthcare programs.

Now, those of us in the private sector, this wouldn’t have done very much at all to lower our prescription drug prices, if anything. So we don’t necessarily benefit. But, any thing that does result in lower prescription drug prices for anyone in this country is a good step forward. Republicans did not want this piece of legislation to pass and in fact after it passed the House, it’s one of those 200 almost 300 bills sitting on Mitch McConnell’s desk because McConnell said that this bill will never see the light of day in his Senate. So Democrats are attacking them. Democrats are going after them and Democrats are starting to play tough. They’re playing by the same rules Republicans had been playing by for years. And I love that. I like to see this. I like to see the Democratic party finally get a little bit aggressive, attacking Republicans where it hurts on an issue that affects the majority of people in this country.

Most people are angry and upset and some of them are even dying because of the cost of prescription drugs here in the United States. Republicans have done nothing on this issue. Democrats have tried to do a little bit, some have done more than others, or at least attempted to. And so the public needs to know who stands where and which party they should trust on the issue. And that’s the purpose of these ads. It’s to let them know you can’t trust the Republicans. They tried to screw you over on healthcare in general. They tried to repeal Obamacare and still 10 years later, haven’t come up with a replacement policy, and now they’re making sure that you pay higher costs for prescription drugs.