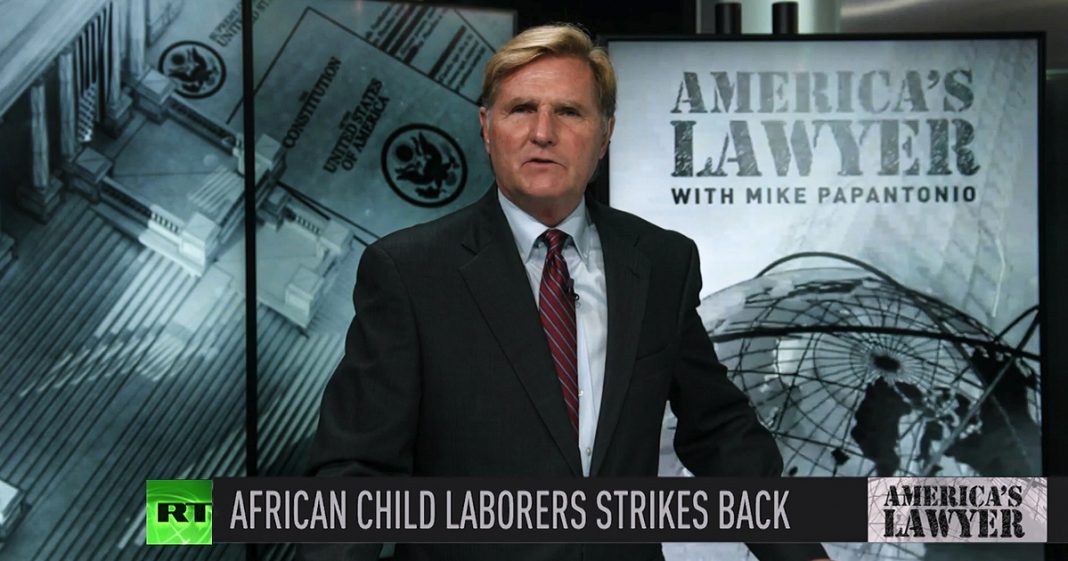 Via America’s Lawyer: Multiple tech giants have been named in a lawsuit brought by representatives of children in the Democratic Republic of Congo, who have been forced to work in cobalt mines. Mike Papantonio explains more.

Finally tonight, some good news. Multiple tech giants have been named in a lawsuit brought by representatives of children in the Democratic Republic of Congo, who have been forced to work in cobalt mines. The cobalt and other metals mined by these children are a vital component in lithium ion batteries, that you can find in most modern technology. The companies listed in the suit include Apple, Dell, Microsoft, and many other household names, who are benefiting from this child labor. The children who work are being forced to work around mines where they’re doing so in deadly conditions, and they’re given virtually no training on how to use dangerous mining equipment. They’re not even given safety equipment for goodness sakes.

For years, the company’s named in the lawsuits have turned a blind eye to this abuse of child labor because it provided them with cheap electronic components. But as this lawsuit moves forward and the public begins to understand what’s really taking place, these abusive labor practices could finally come to an end. That’s all for tonight. Find us on Twitter and Facebook @facebook.com/rtamericaslawyer. You can watch all RT America programs on Direct TV, Channel 321. Also stream them live on YouTube. I’m Mike Papantonio and this is America’s Lawyer, where every week we tell you the stories that corporate media is ordered not to tell, because their advertisers won’t let them. Have a great night.