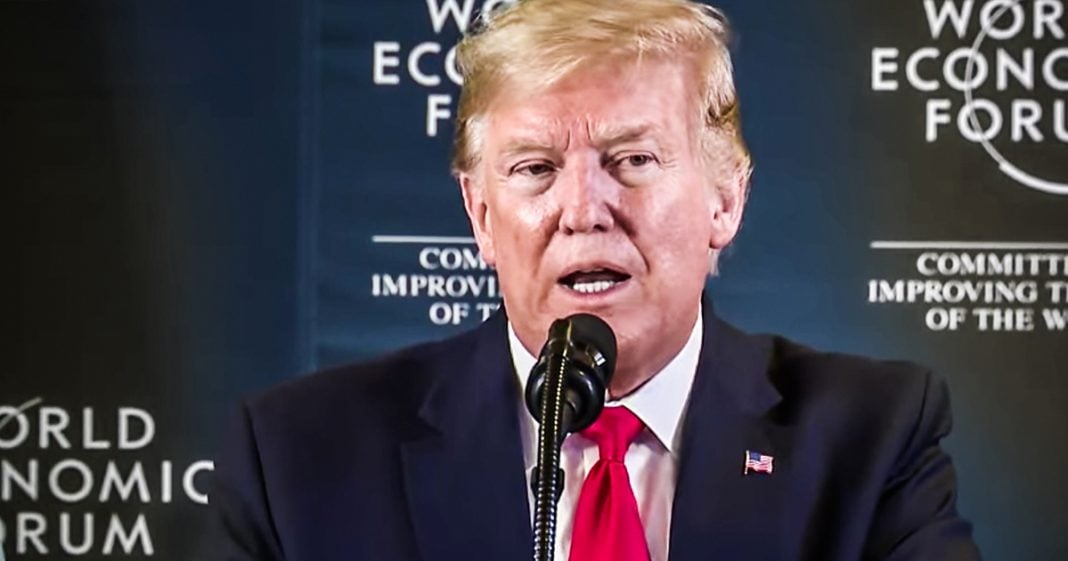 Donald Trump attempted to downplay the brain injuries suffered by U.S. troops after an attack by Iran a few weeks ago, claiming that he had heard that they “had headaches” but that it wasn’t too serious. He then said that the soldiers coming home with missing limbs were suffering far more than those with head injuries. Just because Trump’s brain doesn’t work properly doesn’t mean that head injuries are not as serious as other injuries, as Ring of Fire’s Farron Cousins explains.

Donald Trump never served in the military. Donald Trump never went to medical school, never studied medicine, and probably doesn’t know a whole heck of a lot about biology. And I’m mentioning those things at the beginning of this because earlier this week, Donald Trump at the a world economic forum in Davos was asked a question about the US troops that were injured in the Iran missile attack that took place in Iraq just a few weeks ago, and Donald Trump had this to say about those injured troops. I heard that they had headaches and a couple of other things, but I would say, and I can report, it, it’s not very serious, not very serious. What’s been reported by the military, by the way, is that these troops who were injured, none of them died, but several of them did experience traumatic brain injuries. TBIs, as the military calls them, traumatic brain injuries, which is a life altering change to a person’s brain.

And Trump here responded to reporters saying, ah, I think they had some headaches or something, I don’t know, they’re fine, whatever. That’s bad enough. But then he continued. I’ve seen people with no legs and with no arms. I’ve seen people that were horribly, horribly injured in that area. I consider them to be really bad injuries. So I’m sorry that you got a little booboo on your head, but at least you have both your arms and legs because that’s what really matters. Because to Donald Trump who is, I mean I swear to God he has the brain of a child, because if he can’t see it, it’s not real. It doesn’t exist. Like the man literally is struggling with object permanence, I guess, at this point. If he can’t see it, it’s not there, it’s gone. And that to him is what a traumatic brain injury is because you can’t see it. You can’t see any outward symptoms in some cases. But you can see if somebody is missing an arm, you can see if they don’t have their legs. So for him, those are the only real injuries.

Meanwhile, for 20 years now, we have seen troops coming back from the Middle East with these brain injuries and sometimes the worst things imaginable happen with these people because they didn’t receive the help they needed. They harm themselves or they harm others. They can’t function in normal everyday life anymore because they’re suffering from PTSD. We have to start acting like these brain injuries and these other psychological injuries, they are just as important as losing an arm or leg. But not to a guy like Trump and he just insulted anyone, any member of our military who has ever suffered any kind of brain injury. That’s what happened here. Trump just gave them a giant middle finger and said, oh well, at least you didn’t lose a limb.