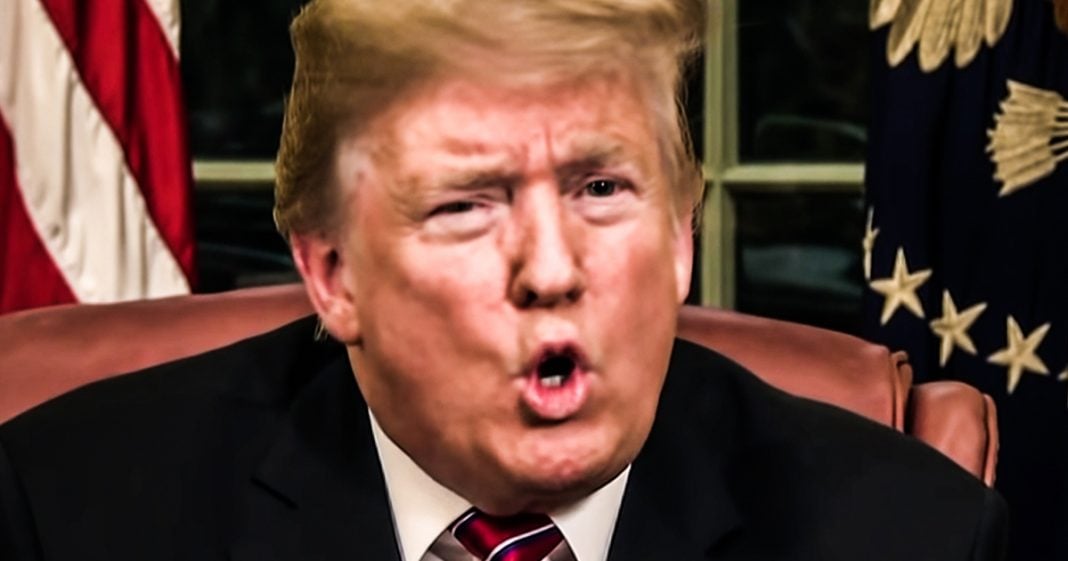 According to the authors of a new book, Donald Trump’s entire tenure as president can be summed up in a single word: Chaos. From the massive amount of turnover with his staff, the complete inexperience of the ones who have stayed, and the nonstop scandals, the Trump administration has struggled to do the most basic tasks that Presidents need to be able to do. Ring of Fire’s Farron Cousins discusses this.

Well, earlier this week, the book, “A Very Stable Genius: Donald J. Trump’s Testing of America,” was finally released by Philip Rucker, Carol Leonnig. We have actually talked about this book several different times. We’ve done a couple segments on it because some of the claims in it are so explosive. But this week the two authors were making the media rounds promoting the new book, finally able to tell all the stories inside because the book is for sale. But what struck me as interesting was the fact that these two authors basically summed up the entire Trump White House with one word and that word is chaos. From the start, it has been nothing but chaos in the Trump White House. Whether it’s the nonstop staff turnover, you can’t keep good people in there. Whether it’s the nonstop scandals, you know, some of them self made by Trump, like his claim after the inauguration, that his crowd was bigger than Obama’s and picture, pictures showing otherwise were doctored.

He has brought a lot of the chaos onto himself. Sure, you had Mueller. That added a lot of chaos too because the president, Trump, was freaking out the whole time. You add the leaks from the administration, the horrible press conferences from Sean Spicer, from Sarah Huckabee Sanders, none from Stephanie Grisham, but again, it’s chaos. Right now, this administration, and this was not mentioned in the book, but it’s something I read the other day, you’re talking about more than 170 current vacancies for positions that Donald Trump was supposed to appoint when he came into office. When a president comes in and they’ve got little over 700 people to immediately appoint to help run their government. Trump’s only had about 500. So he’s got a lot, almost 200 more to go, and he’s in his final year, God willing, and he just hasn’t done it. Some of them he has, some of them have been blocked by Democrats.

Some of them have been held up by Republicans who admit that, yeah, this person’s really not the right one for the job. There’s nobody left in this administration that knows what the hell they’re doing. All the people who are qualified, even if they were horrible people, they’re gone. And that only adds to the chaos. The entire Trump presidency has been three straight years of chaos, and most of it goes back to the fact that Trump doesn’t know what he’s doing. He hasn’t surrounded himself with people who know what they’re doing, and they’re just trying to wing it as they go. And that is no way to run the most powerful country on the planet.