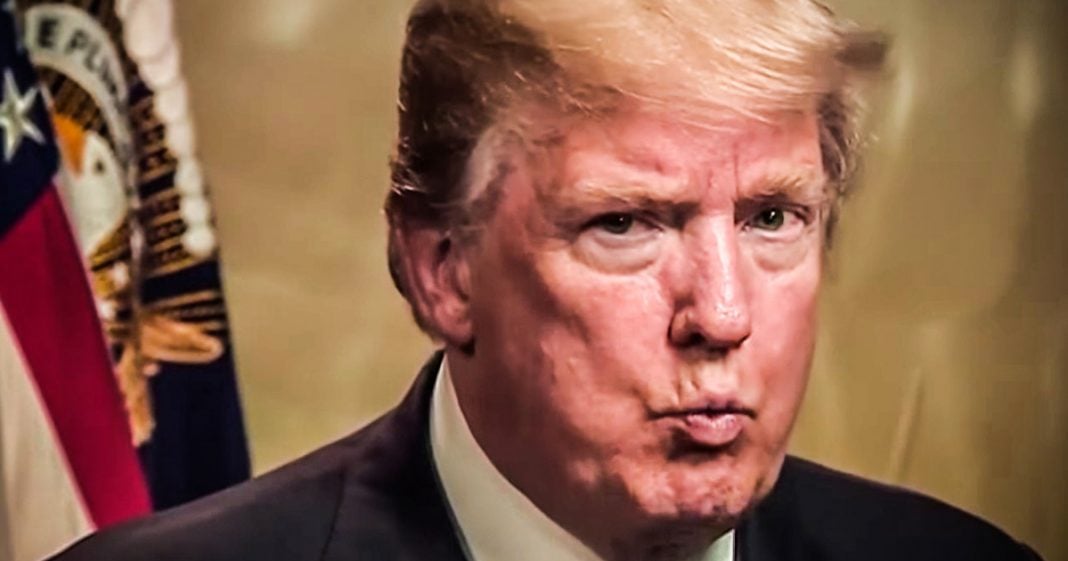 According to reports, Donald Trump is planning to add even more countries to his travel ban. This ban has already been upheld by the courts, and Trump feels emboldened by his victory. This travel ban is rooted in bigotry, and Trump wants to continue to show his base that he hates the same people that they do. Ring of Fire’s Farron Cousins discusses this.

Earlier this week, Donald Trump told the wall street journal that he is planning on adding several countries to his travel ban. Now, right now there are five Muslim majority countries that are a part of this travel ban that is Iran, Libya, Somalia, Syria and Yemen. It also has been expanded to include Venezuela and North Korea who are obviously not Muslim majority countries, but considering the fact that most of these countries are Muslim majority, that is why this travel ban had been dubbed the Muslim ban because that was the whole point of it. In the beginning, Donald Trump didn’t want more Muslims coming into the United States. And now that he’s got a reelection coming up, a very tough reelection with him losing to all four of the top four Democrats running for president, he needs to throw his base, a little bit of red meat. You know, he’s already working down there.

He’s stolen, uh, I think, uh, over $10 million from the military budget or billion, excuse me, to start building his wall. So he’s got that to throw them, but he needs a little more, the walls, not enough. And the construction may not be completed before the election and that’s going to look bad on him, but one thing he can do now is try to get rid of all those Muslim immigrants coming into the United States. That’ll appease the base for a couple months while he, you know, works on getting permits and whatnot for the wall while he works on getting that money transferred over and hiring out contractors and all of that, he’s got to give them something and that’s what this is about. The white house did not say which countries they were adding to the travel ban, but they did assure us that more countries will in fact be added and I’m willing to bet we can probably go ahead and guess that it’s not going to be any of those, you know, Lily white countries over in Europe, probably not going to be the Canadians.

It’ll probably be countries where the people don’t look like me sitting right here. Perhaps their skin is a few shades darker. Perhaps their religious ideology is a little bit different than what we’re used to here in the United States. One of those two or if he can, both of those two will be traits we will see in whatever countries it is he decides to add to this travel ban and we can rest assured. On one other point, this isn’t going to be about national security. It’s not going to be because there are credible threats that he has discovered. It’s gonna be because he wants to show his base how bigoted he can be because if he gets those people back, if he can appease Ann Coulter who’s always going after him for not doing enough to keep black and Brown people out of the United States, then maybe he can eke out a small victory in November of this year. That’s what this is about.

The cruelty that this Muslim ban causes is just an added bonus for him. His base loves that too. We saw countless people when this first band was put in place be separated from their families because they were either traveling abroad and couldn’t get back here in the United States. We also saw people who were on their way to the United States for much needed medical care and they were turned around so they never got that care. We’re not even sure what happened to him at this point, but we can pretty much figure if you need medical care and you don’t get it, we all know what happens at that point. But again, that’s the point of the band play to the base, get a little cruelty on the side, and hopefully for Trump win reelection, or at least that’s how he thinks this is going to play out for him.