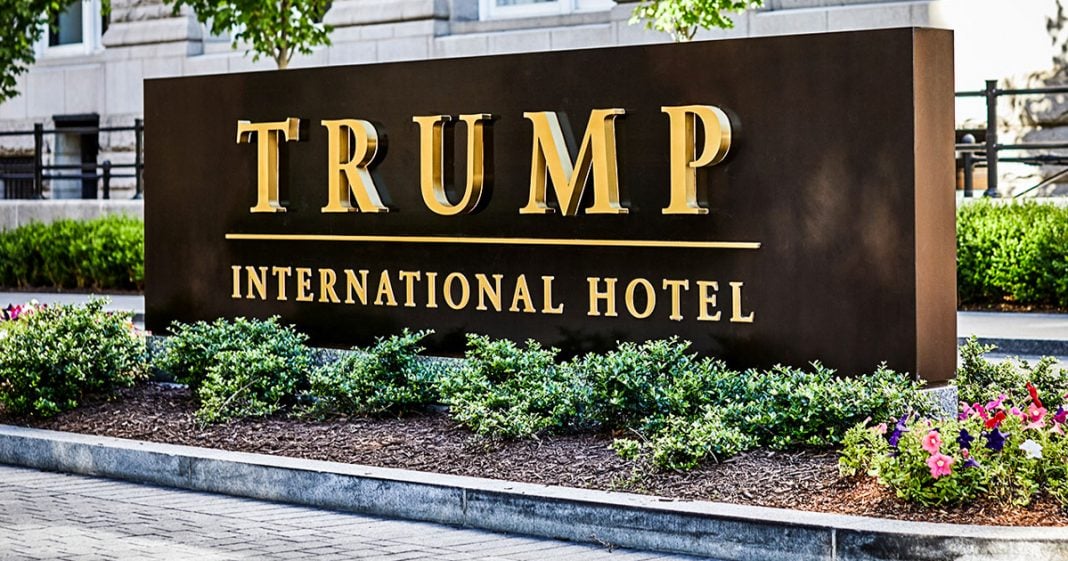 The attorney general of Washington, D.C. is suing Donald Trump for allegedly misusing his inauguration funds to make himself richer. The lawsuit claims that Trump over-charged the inaugural committee for use of his hotels for inaugural events, a move that is forbidden. Ring of Fire’s Farron Cousins discusses the lawsuit and the abuse of power by Trump to enrich himself.

Donald Trump can’t seem to stay out of legal trouble. I mean, every couple of weeks for here in a new story, there’s a new lawsuit against him. A new woman has come forward with the abuse allegations against him. It’s just nonstop. With this guy, it’s like he hasn’t been able to not break the law since he graduated college. And again, this week, Donald Trump was hit with yet another lawsuit for allegedly misusing his inaugural funds to pay his own hotel, an exorbitant rate to rent space for the inauguration. Now, this was filed by the Washington DC attorney general Carl racing and the basis for the lawsuit, it’s from a law in DC says a nonprofit cannot spend its money to enrich an individual. Well, the inauguration is a nonprofit. So the inaugural committee spend a ton of money renting out space. Donald Trump’s hotel right there in D C for four straight days during the inaugural parties and all that money went to Trump.

So they spent all this money for Trump on Trump that went back to Trump. So yes, it’s fairly clear that they violated this principle, this law actually. Um, but it gets worse than that because as reports have shown for several years, and this is also mentioned a lawsuit, the Trump hotel jacked up their price for the inaugural committee so they could squeeze a little bit more money out of him. They overcharged him according to the suit by over $1 million, charging them $175,000 per day to rent the little event space there in the hotel and events space that they charged a different group, only $5,000 for a day, 5,000 for this space. But the inaugural committee had to pay 175,000 but believe it or not, the lawsuit actually says that’s the negotiated price. Because originally the hotel was going to charge the inaugural committee over $300,000 a day for this space that Trump already owned.

And he could have just said, Hey, we’re just gonna use it. I own it. It’s mine. I don’t have to charge you. Maybe you pay for food and drink, whatever, but not the space. I own the space. This is my space and it’s a party for me. But he couldn’t even do that. Why? Because the only reason Donald Trump wanted to be president of the United States is because he saw it as a huge profit stream. And that’s what it’s been since day one. Even before the man was sworn in. It’s been about selling spouts, uh, spots at his hotel, selling properties around the world, selling his gear, his MAGA hats, all of that. Whatever he can do to put more money in his pocket, golfing at his clubs, knowing he’s got to bring a couple dozen, uh, secret service guards with them, and they have to rent golf carts and they have to eat food and they have to have hotel rooms, more money in his pocket. That is all this guy knows how to do. He sucks at governing. He sucks at policy, but sometimes, especially when it’s on the backs of the U S taxpayers, he’s pretty good at just making more money for himself.