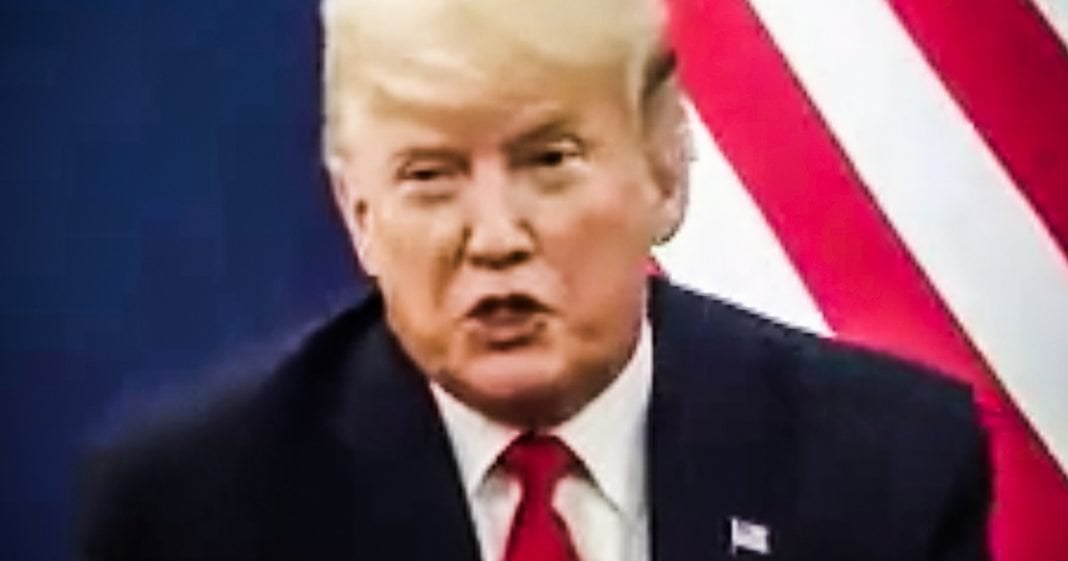 At a press conference in Davos, Switzerland this week, Donald Trump told reporters that, with him, there’s never any lying. Not only is that a lie, but he then proceeded to tell 14 lies in a row after making this odd claim. The thing is that the public knows the president lies all the time – the media knows he lies all the time – so why is he still trying to convince us otherwise? Ring of Fire’s Farron Cousins discusses this.

Impeachment has obviously been on Donald Trump’s mind all week long. Even when he was in Davos, Switzerland for the warrior world economic forum. And at one point he was doing a press conference with reporters and they asked him about impeachment and one of them actually asked them about a Bill Clinton’s impeachment in the 90s which Donald Trump claims he wasn’t fully behind, didn’t support that all the way. And the reason he says is because yeah, Clinton was doing some bad things like lying, but that’s really all it was. You know, he, he lied, which is bad, Trump says, but I mean is that really impeachable is that shot that we want to do? And then he went on to say, now with me, there’s no lying, no lying with Donald Trump. He says, now it wasn’t clear if he was referring to impeachment or whether he was just referring to his life in general.

That’s all this man is capable of doing is lying. If he opens his mouth and there’s words coming out, they’re either lies or they’re incoherent. That’s what he does. That’s who he is at this point and know that in and of itself is no longer a story at this point. We know that he is told well over 10,000 verifiable lies and false statements since he was sworn in as president of the United States a little over three years ago and we’re probably going to hit another 10,000 before the end of this year cause it’s campaign season for him. So he’s going to be going out and doing rallies and telling lies and running ads and telling lies and doing whatever he wants to do while also telling lies. It is the only thing this man is capable of doing because the truth has not been kind to him his entire life.