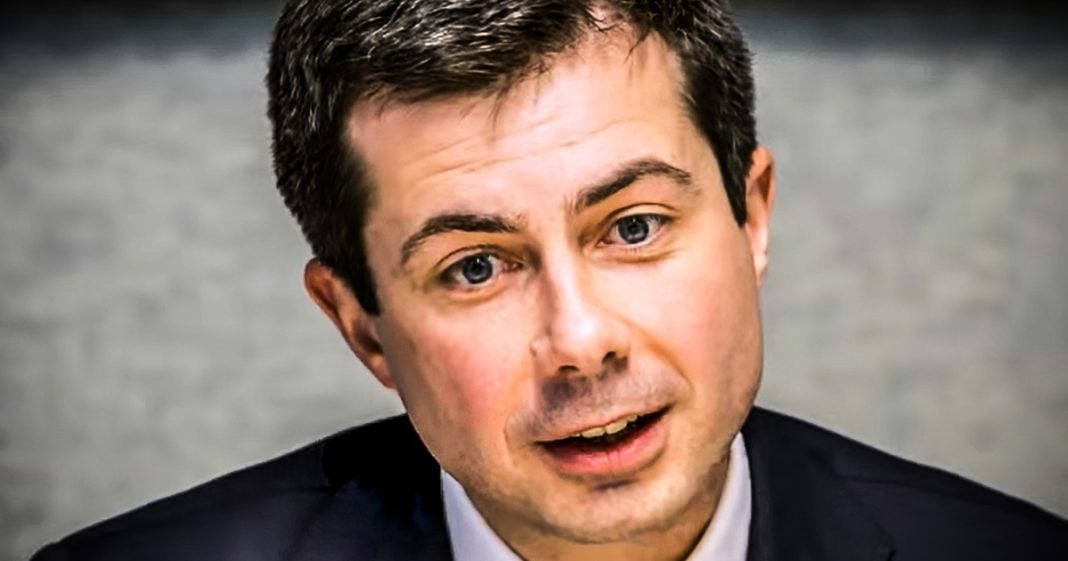 While his poll numbers might look good in Iowa and New Hampshire, Pete Buttigieg’s numbers beyond those primaries and caucuses are only getting worse. The main reason is that his campaign continues to fail to attract non-white voters, and in the Democratic Party that won’t ever win you an election. Ring of Fire’s Farron Cousins explains why Buttigieg’s campaign isn’t resonating outside the white communities.

Another round of national polling came out late yesterday evening, early this morning, and it shows that Pete Buttigieg nationally has lost two points in the last month. He is now polling in the single digits, I think at 6% nationally, which is actually behind Andrew Yang who has surged in the polls. He’s now at eight points nationally. And I know it sounds weird to say that that’s a surge, but that is a four point increase than where Yang was four, four weeks ago. But anyway, Buttigieg, his campaign is now on life support and the question is why? Why, thought lots of people like Pete?

Well, the fact is there is a group of people in this country who are not only vital to the Democratic base, but they’re the ones who really have not found any common ground with mayor Pete and that is African Americans here in the United States. Pete Buttigieg has a very real problem with voters of color. White voters, he’s not doing so bad, but you try to branch out from that lily white base and suddenly it’s tough to come by in the support arena for him. And that is why in the last week or so, he has devoted $2 million to massive ad buys in South Carolina trying to raise his profile with African American voters and try to convince them that he is on their side. So here’s the thing, if he cannot convince these voters in South Carolina that, that he cares about them and that he actually has something to offer them, which I’m a hit on that in a minute, but if he can’t convince them to vote for him, then his campaign is effectively dead after South Carolina. Because yeah, he’s still polling well in Iowa, New Hampshire, he’s probably not going to win either of those States, but if he manages to finish second, maybe third, his campaign can limp along to South Carolina.

But if something dramatic happens and he pulls in a fourth place or lower in either of those States and then goes to South Carolina and polls at the bottom or close to the bottom, that’s the end. That is the end of the mayor Pete for president story. And as I mentioned, I want to hit on the important fact of why this is, you know, why are African American voters not flocking to Pete Buttigieg. I know a lot of people, well he’s a centrist, but yes, he’s a centrist. We all know that, but that’s not necessarily why voters aren’t going to him. After all, Hillary Clinton was a centrist, African American voters still flocked to her and there was a difference between the two. The difference was for all of her faults, Hillary Clinton still did have something to offer these voters. She did have policies. She did have ideas. She did talk to these communities, had worked with them in the past, and I know she had said horrible things about them in the past, but she had obviously changed who she was. Buttigieg on the other hand, has lied about his support from African Americans.

You know, he’s got that whole big scandal thing happening in South Bend with the police department and all of that. That makes him look like one of the blue lives matter type folks. So that’s not sitting well with people, but most importantly, he’s not offering them anything. All he’s offering is high, high hopes and that weird little dance saying, let’s all get along. Let’s all be happy. Let’s keep things the way they are except happier with no Trump. Well, I’m sorry guys, but that’s not a campaign. That’s a therapist and Americans, most of us don’t need a therapist. We want a candidate who’s going to come and offer us real solutions. It’s not just about beating Donald Trump. It’s not just about saying we can be better and happier and work together. People don’t care about that crap. What they care about is, can I pay my bills this month?

Can I send my kid to college? What happens if I get a flat tire on the way to work and I can’t afford to replace it? That’s what they care about. And nothing in mayor Pete’s platform is offering any solutions or even any help for those problems. And that’s why people aren’t flocking to him. He has nothing to offer. There was a time when simply offering things like hope and change, yeah, that was enough to get voters to go for you. Because at the time, that was a pleasant thought because things weren’t quite as screwed up as they are today, but things got worse. Hope and change never happened. And so now little platitudes and, you know, maintain the course talking points. People aren’t buying that because some of us who are in pretty bad situations all over this country, we want somebody who’s actually going to help us and not put their hand on our shoulder and say, don’t worry, it’ll get better somehow. But unfortunately that’s all Pete has to offer.