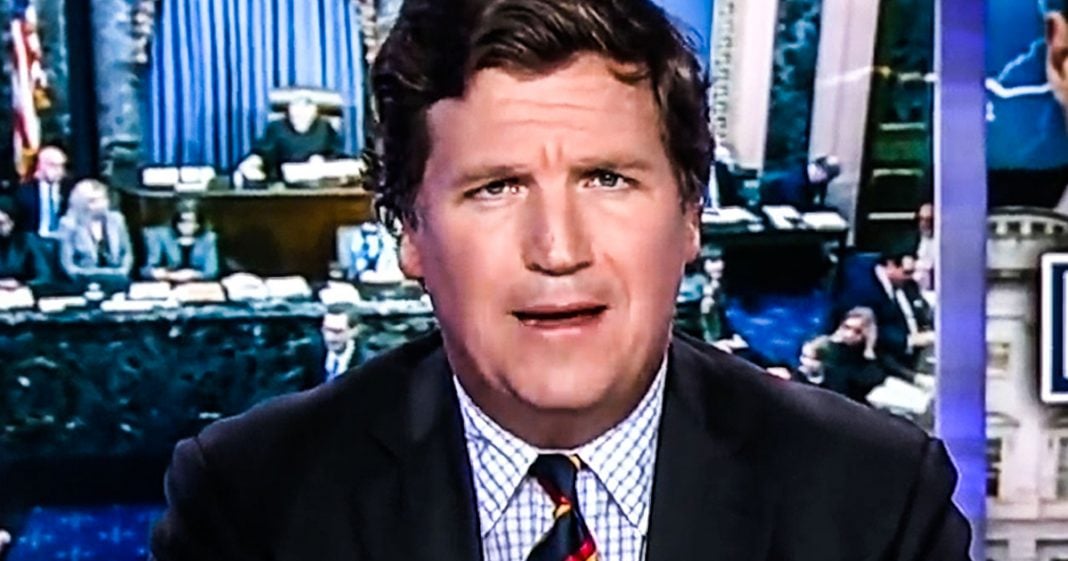 Tucker Carlson has decided that the only way to fight back against impeachment is to start acting like a child, and on his Wednesday night program he made the claim that Representative Adam Schiff didn’t have a single friend in high school. Not only can he not back up that claim, but the real question is why he even felt the need to bring up that irrelevant piece of information. Ring of Fire’s Farron Cousins discusses this.

Republicans and right-wing talking heads are not very happy with Adam Schiff. After all, Adam Schiff is the lead counsel for the Democrats in the impeachment trial in the Senate, sent over there from the house of representatives and then be perfectly honest, Adam shifted a dang good job yesterday. Good enough to where walking out of the chamber, even the Republicans said, you did a really good job. We’ll, Fox news is furious. Sean Hannity spent a lot of time on his program last night just attacking Adam Schiff, but showed a Tucker Carlson and Tucker Carlson wanted to go a different route. He didn’t want to attack Adam Schiff on substance. He wanted to make it personal against Schiff. Here’s what he said.

Tucker Carlson:             Oh far. Today the start of the proceedings has been Congressman Adam Schiff, fittingly of Burbank, California Schiff, who sources say had not a single friend in high school, has been relishing his recent turn in the spotlight. He seems to have taken a break from his Joe McCarthy impression and when she repeatedly denounced his political opponents as agents of the Russian government, and he’s now trying it a new role. As a tough but lovable Dean of students.

So let’s get a couple of things straight about this claim that Tucker Carlson just made their sources say he had no friends in high school. Okay, one who are your sources willing to bet they don’t actually exist. You just kind of wanted to get a personal dig in there. Even if you can’t verify it because you talk or know that your audience is very stupid. So if you say it, they’re going to believe it. And that’s not a compliment to your ability to manipulate people. That’s an insult to your audience. They’re all dumb and you know that. And so that’s why you did it. Second, this was completely irrelevant to any part of the conversation. It didn’t matter. One bit to the story. It’s like if I’m doing a story about you and how you attack immigrants, I don’t open it by saying Tucker Carlson, who sources tell me pees the bed every night said bad things about immigrants. No, it’s not relevant, you know? But what I just did there is the same thing you just did. Nobody actually told me that. And it’s not actually true, but I just said it because I wanted to make you look a bit stupid.

She, we can play the game to Tucker. You know, we could talk about the fact that, uh, you know, you’re this little inheritance baby. You married into tons of money. You don’t have to worry about anything. You don’t have to worry about your Fox news contract. And that’s why you’ve gotten so extreme. You’re playing off the fears and the stupidity of your own audience. You know that we know that everybody except the people who watch your show know that you’ve lost so many advertisers that your shows struggling to even make money at this point.

But again, bringing all that up is irrelevant to the topic at hand. You have nothing of substance to attack Adam Schiff on. So you make things up because that is what Republicans, and ironically, they always claim that the Democrats are the ones who do that. But that is simple projection. You’re accusing others of having the trait of which you are the one possessing it. That’s what’s happened here. So maybe Adam Schiff did or didn’t have friends in high school. Who cares? Adam Schiff at the moment is a very powerful Democrat who is scaring the hell out of the Republican party, and as he continues to scare them, as he continues to pile them into the ground, we can expect more of these insane attacks coming from these morons over at Fox news.