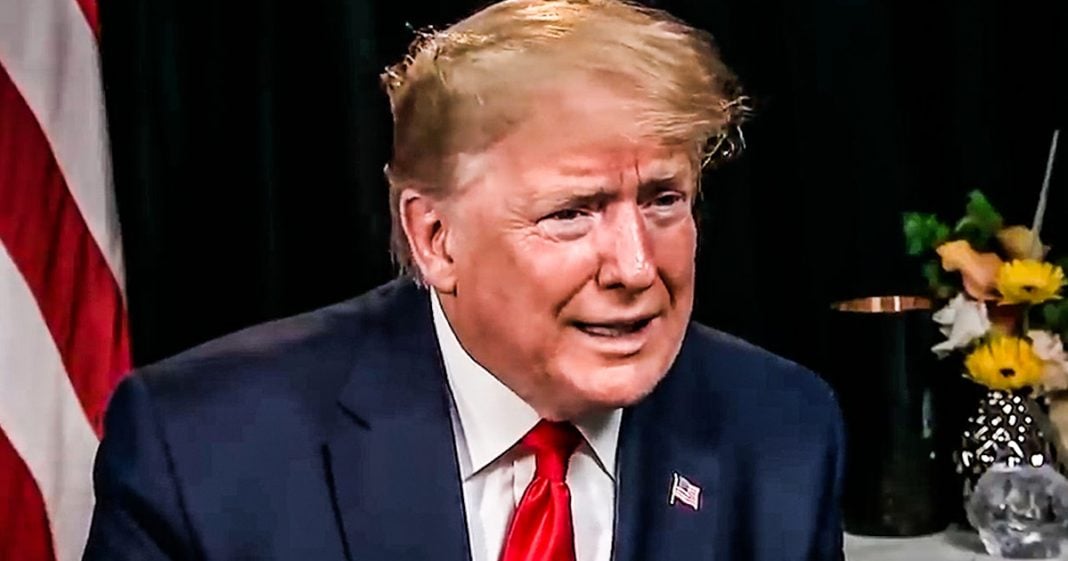 Donald Trump gave a rambling, incoherent interview to CNBC while at the World Economic Forum yesterday, where he claimed that the United States needed to protect our inventors and patents, including the invention of the wheel. Trump seems to believe that the wheel was invented in the U.S., even though the earliest reports show that it had been in use for transport for thousands of years BEFORE the United States even existed as a country. Ring of Fire’s Farron Cousins discusses this.

So yesterday Donald Trump sat down with a reporter from CNBC while they were at the world economic forum in Davos. And Donald Trump, when asked about Elon Musk, U S intellectual property and inventors in general in this country went into one of the most incoherent rants we’ve ever heard the president give us. And here it is.

Donald Trump:              Well, you have to give them credit. And I spoke to him very recently and he’s also doing the rockets. He likes rockets. And, uh, he does good at rockets too, by the way. I never saw where the engines come down with no wings, no anything and their landing. I said I’d never seen that before. And I was worried about him because he’s one of our great geniuses and we have to protect our juniors. You know, we have to protect Thomas Edison and we have to protect all of these people that, uh, came up with originally the light bulb and the wheel and all of these things. And he’s one of our very smart people. And we want to, we want to cherish those people. That’s very important. But he’s done a very good job. Uh, shocking. How well, you know how it’s come so fast. I mean, you go back a year and they were talking about the end of the company and now all of a sudden they’re talking about these great things. He’s going to be building a very big plant in the United States. He has to because we help him. So he has to help us.

The whale, that amazing American invention, the wheel who for a, I guess before the U S invented the wheel, nobody could move anything ever. We just had to carry it. And if we couldn’t carry it, Oh well. Got away from those wonderful Americans to invent that wheel. Here’s the thing, folks, the earliest recording of human beings using the wheel for transport goes back to at earliest 3,500 BC. Right? So we’re talking thousands and thousands of years before the United States existed as a country. I mean for the most part, before any kind of international laws existed, let alone intellectual property laws anywhere on the planet. The wheel is in the public domain. It was not a United States invention, not invented by anybody who ever knew the United States would ever become a thing. And here we have the president of the United States claiming in an interview that we’ve got to protect it.

We got to protect that patent that us intellectual property. This is more than just Donald Trump saying something stupid. This is Donald Trump saying something stupid on an international stage about something that’s completely untrue to begin with. He, he should know better. If you were to meet someone on the street and they told you that the wheel was invented by an American, you would automatically assume that that person has an IQ below room temperature. Right? And yet the president goes out there, says this publicly in an interview that is now available for anybody who wants to watch it. And we’ve got to live with that. We got to live with this crazy guy as our president, let alone the fact that earlier in that little clip we just showed, he’s talking about somebody being good at rockets, not really great at science or engineering good at rockets. He make good rocket, go fast, boom in sky. This is insane, folks. And so as the president of the United States, as a country, we deserve better. You know, I know we talk about Trump’s horrible policies all the time, all the damage he’s caused this country, the damages caused to the environment, the damages caused to our global standing. But we also have to talk about the fact that this man is dumb as a box of hammers. And that in and of itself is one of his most dangerous qualities.