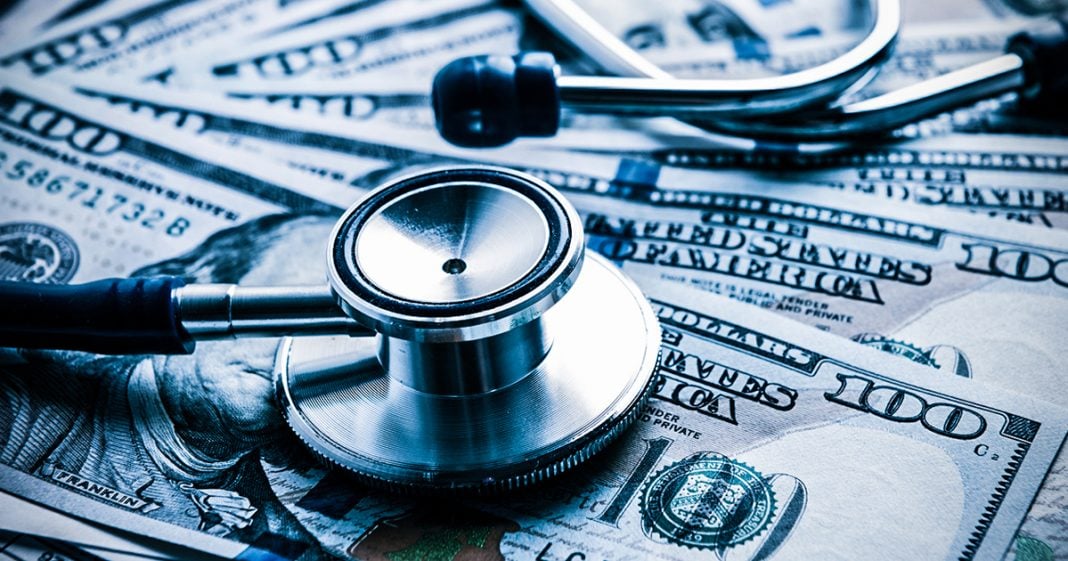 The Supreme Court has taken the advice of the Trump Administration, and they have decided to NOT issue a ruling on a case that could dismantle the Affordable Care Act until after the 2020 elections. This move will help Republicans, as they won’t have to convince voters that they have a viable healthcare alternative, something they have repeatedly failed to do in the past. Ring of Fire’s Farron Cousins explains what this decision means.

While most of the country was laser focused on impeachment yesterday, a lot of us ignored the fact that the Supreme Court handed Donald Trump and his administration and the entire Republican party a massive victory yesterday morning, and that victory came in the form of the court deciding not to take up the Obamacare challenge until after the 2020 presidential election. Now, we had told you about a week and a half ago, it was on a Friday evening, attorney general William Barr sent a letter to the Supreme Court begging them, please don’t take this case up before the 2020 presidential election. We don’t need that. That’s not going to work out very well for us. So please wait until after this election, then go ahead. Do whatever you want with it. Democrats on the other side were actually trying to get the Supreme Court to speed it up because they wanted it to happen, because one of two things is going to happen with this case.

Either Obamacare gets stronger or Obamacare gets destroyed and believe it or not, folks, either way, that is a win for the Democratic party. It’s a big loser, you know, for the millions of people who lose their health insurance. But it’s a big win for the Democratic party because then it puts the spotlight back on the Republicans to try to come up with an alternative plan, which they’ve failed to do for the last 10 years. But no, no, no. They can totally do it at anytime they want, Trump says. Trump says they’ve got tons of plans in the works and they’re all ready. We can’t see them though. He’s not going to release any details, but they totally exist. They just, they just go to a different school, right? Is that how that works? The Republicans have no plan and Democrats were hoping to once again expose that to the American public, but instead everybody’s gonna forget about this court case.

Most people don’t even know it’s happening anyway. And the Supreme Court’s gonna rule on it after the 2020 presidential election, which depending on who wins the Democratic primary, and then who wins the election, this case may not even matter. Right? If we get a good Medicare For All candidate who wins the election. Okay, do whatever you want to Obamacare because we won’t need it anymore. It’ll be abolished anyway with that plan because everybody in the country will have healthcare coverage. But that’s a long shot, right? And here’s the interesting thing. If the Supreme Court was truly not biased for the Republicans, they wouldn’t even be ruling on this case anyway because this entire case that was brought by Republican attorneys general and individual States where they’ve seen victories, it all hinges on whether or not the number zero is in fact a number. Because their argument is that when the Republican controlled house of representatives nullified, or excuse me, they didn’t nullify, they reduced the penalty for not having health insurance down to zero dollars.

Then they immediately went to the courts and said that, well, if there’s no penalty, then it cannot be enforced. If it cannot be enforced, then it cannot be constitutional. That is their legal argument, but a $0 penalty is still on paper a penalty. Zero is in fact a number when you’re talking in terms of dollars. Yeah, I know some, some mathematicians, scientists argue, well zero is not a number, zero is the absence of number, blah blah blah, we’re talking about money, suddenly with a dollar sign in front of it is in fact a number. Just like that $0 penalty for not having health insurance. So this case is stupid. The legal argument against it, trying to destroy it, is stupid. And if the Supreme Court itself wasn’t filled with stupid conservatives, we wouldn’t even be having this conversation today.