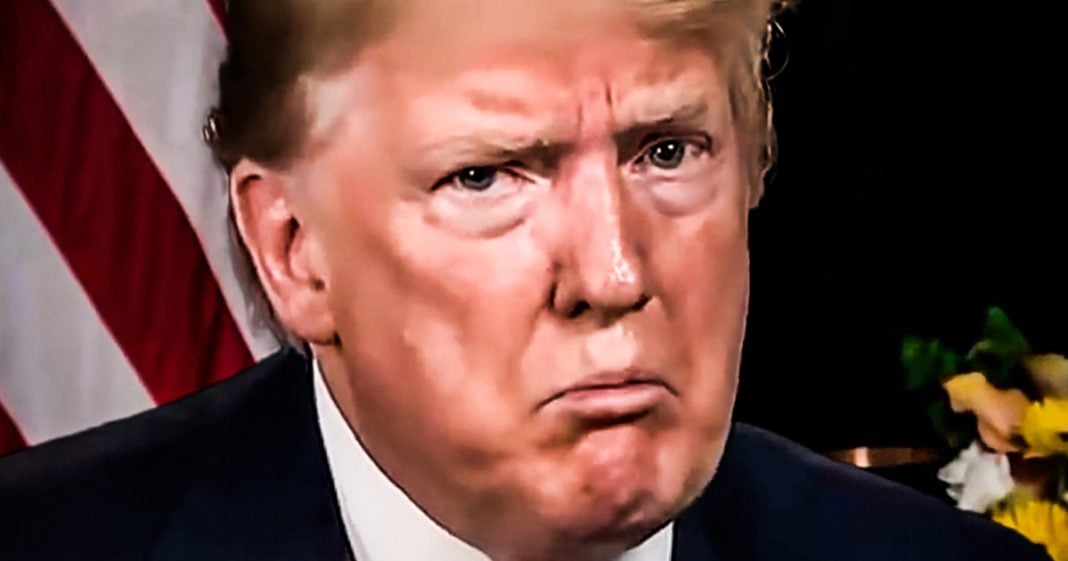 The latest round of economic polling shows that a staggering 70% of Americans believe that our current economic system unfairly benefits the rich and powerful. They are correct, and this number shows that the country might be ready for a candidate who wants to even things out, not the incumbent who not only has enacted policies to benefit the 1%, but happens to be a member of that club, himself. Ring of Fire’s Farron Cousins discusses this.

As we’ve repeatedly said here on Ring of Fire, the economy looks great here in the United States, but only on paper. You dig down a little bit deeper, you find out that oh, only the top 1% are truly benefiting from the current economic growth here in the United States and according to a new poll, those talking points and perhaps even just looking at their own situation, majority of the public understands that now. The latest polling data shows that 70% of people in this country think that our economic system unfairly benefits the already wealthy, the wealthy elite, the top 1% whatever you want to call them. You know, the corporate masters, the CEOs, 70% of people in this country now believe that our economic system only benefits those people and they’re exactly right. I mean, we have talked about this ad nauseum. When you talk about the 2017 Republican tax cut scam, almost 90% of those tax cuts went to the top 1%, majority of average working Americans did not see any increase at all in their tax returns. And in fact, a lot of them ended up actually paying more in taxes every year. We got nothing out of it. We’re not getting raises. In fact, when adjusted for inflation, we’re making less money today than we were 20 years ago. But the wealthy elite, the bankers, wall Streeters, the corporate CEOs, all of them, health insurance executives, drug company executives, they’re all seeing higher profits than ever.

While most of the rest of us, 44 million people in this country, are working a job that doesn’t technically pay a living wage. $18,000 a year or less is what they’re making. Majority of people can’t afford a $400 emergency. So yeah, the economy is unfair. Our system is unfair. The way things are set up is unfair and 70% of people in this country agree with that. Now, here’s why this is important. Donald Trump’s only, only, only, only talking point for 2020 is how great the economy is doing. Heck, he’s even told us repeatedly on Twitter. We can’t impeach him because the economy’s doing good. How can you impeach a guy who’s got such a good economy that he really didn’t do anything to make happen? But nonetheless, he talks about the economy constantly and it’s not resonating with the American public anymore because they can look down at their own paychecks. Right? They can see their current financial situation. They’re all going to be filing their taxes here in the next couple months, and they’re going to see that they’re not getting more money, that they’re not eligible for those tax breaks that they used to be eligible for.

You know, you, you can’t write off equipment if you’re a teacher anymore that you have to pay out of your pocket for, to the tune of about $1,200 per year. I know, I’m married to a teacher and it sucks now that we can’t write it off. Not being married to a teacher. That doesn’t suck at all. But here’s the thing, people know it. People have woken up, they understand, and they see what’s happening to them. So when Trump goes out there, when this campaign really kicks into high gear and he says, the economy’s great, the economy is great, 70% of people in this country are going to look back at him and say, no, it’s not your idiot. But on the Democratic side, if we have a candidate that goes out there, I’m thinking of one in particular, who goes out there and says, the economy is rigged to only benefit the top 1%.

70% of people in this country are going to look at that person and say, you know what? Yeah, you’re, you’re right. You’re absolutely right. Huh? Doesn’t that kind of seem like the candidate that would resonate with the American public? You know, the kind of candidate who’s been saying that same thing for nearly 40 years. So we know they’re not blowing smoke, they’re not making it up. They truly believe this and they honestly want to fix it. I don’t know about you, but that kind of sounds like the candidate that I think this country needs.