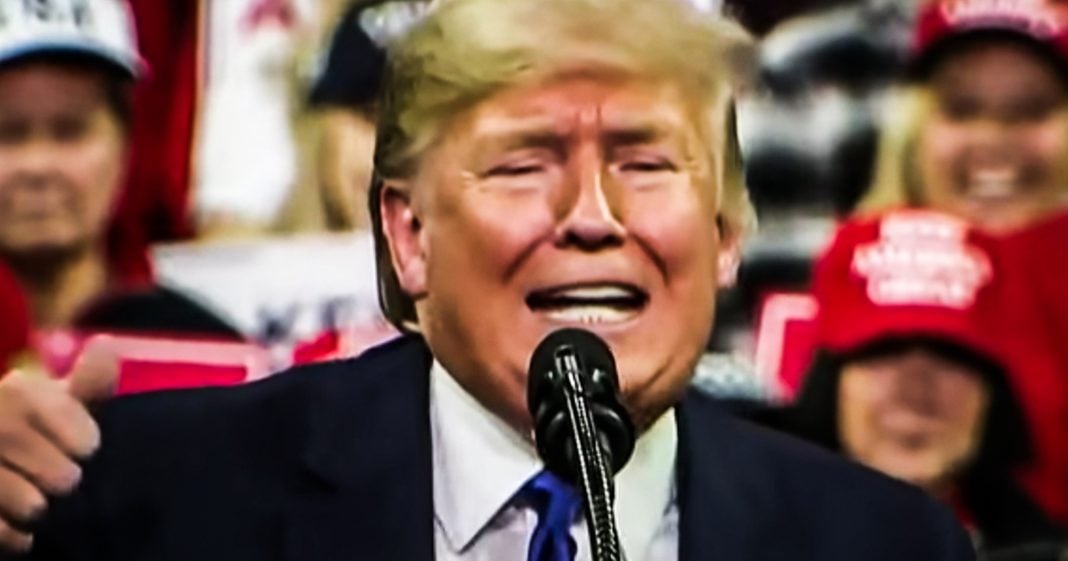 The government of Ukraine has finally announced that they are conducting an investigation – but it isn’t the investigation that Trump has been wanting them to launch. This investigation is into whether or not Ukrainians engaged in spy ops on former ambassador Marie Yovanovitch. This could provide further evidence that Trump’s friends broke the law, as Ring of Fire’s Farron Cousins explains.

Well folks, it finally happened, late last week the government of Ukraine announced that they were finally launching that criminal investigation that we have all been waiting for for so long. But unfortunately for Donald Trump and members of his administration, it’s not the investigation into Joe and Hunter Biden and Barisma. No, this investigation is into whether or not anybody in Ukraine was spying on former ambassador Marie Yovanovitch. So rather than launching the investigation that Trump had, you know, basically gotten impeached for wanting them to launch, they’re instead technically launching investigations into Donald Trump and what his people both in the United States and in the Ukraine may have done to Marie Yovanovitch. Just to back it up a little bit, in case anybody hasn’t been paying attention for the past week. Last week we learned that Marie Yovanovitch, the former ambassador to Ukraine, had been spied on at the direction of Rudy Giuliani by Lev Parnas and his associates.

Also involved in that particular spying operation was Republican congressional candidate, Robert Hyde. And according to the text messages that have now been released by Parnas, hyde, I’m just, I’m going to read, I’m going to read some of the text messages from, these are insane. They’re willing to help if we/you would like a price, talking about Hyde’s associates in Ukraine. So Hyde admitted in the text message, he’s reached out to people in Ukraine. They’re willing to do it if we’re willing to pay. He wrote afterward, guess you could do anything in the Ukraine with money. Hyde also texted Parnas about Yovanovitch’s whereabouts and the state of her security. She underwent heavy protection outside Kyiv, Hyde wrote, he followed up by saying they, “have a person inside.” So Ukraine wants to know, because these ambassadors are given a certain amount of protection, a certain amount of immunity.

And if it looks like people in Ukraine were actively spying on a US ambassador, that’s going to come back against Ukraine. That’s going to look really bad for them and that’s going to cause a lot of problems for them, not just with the US, but potentially the rest of the world. And Ukraine can’t handle that. They don’t want that to happen to them. So now they have done what the United States should be doing and they’re investigating this. And the problem for Donald Trump is that it’s all going to come back to either him or at the very least, Rudy Giuliani and Robert Hyde and lev Parnas. Because as these text messages make clear, they knew, they were talking to people in Ukraine about spying and how much it would cost on Marie Yovanovitch. There is no doubt about that. There is no question about it. They have been given up by their text messages. So kudos to the Ukraine and to be honest, at the end of all this, it would be rather hilarious if the Ukraine investigation is what ends up taking down Donald Trump and his associates. Considering the fact that them wanting a Ukraine investigation is what started this whole mess to begin with.