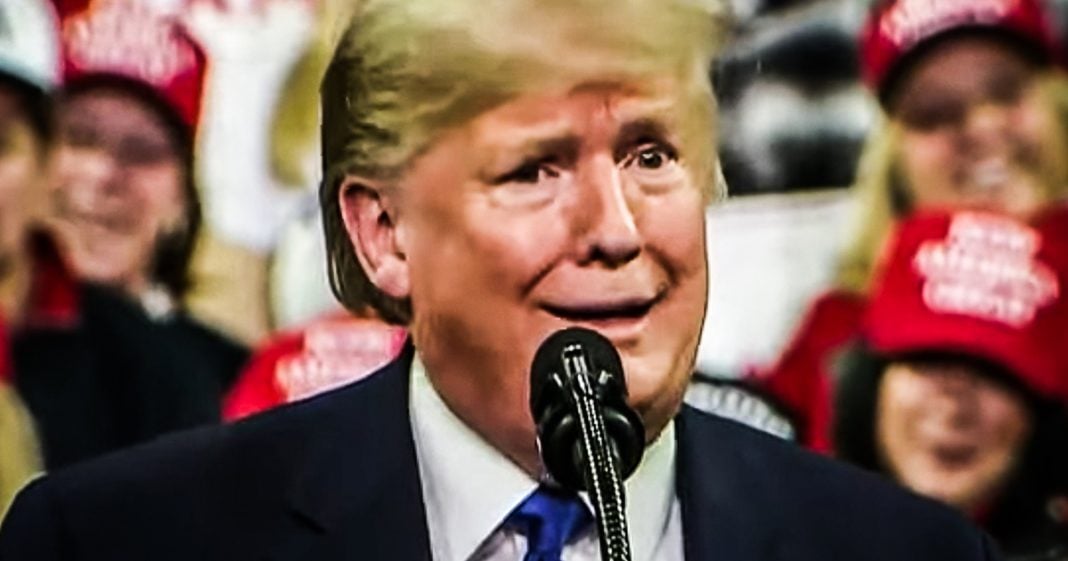 After a judge last week gave Trump the greenlight to take money from the military to pay for his border wall, it has been announced that Trump will be taking fare MORE than originally thought. Trump is now going to re-appropriate roughly $7.2 billion in order to get his wall constructed quickly, because he knows that he won’t win over his base before the election if that wall isn’t built, or at least under real construction. Ring of Fire’s Farron Cousins discusses this.

Donald Trump’s biggest promise during the 2016 presidential election was that he was going to build the wall. You still hear the chants at his rallies today. You hear him talk about it constantly, but as has correctly been pointed out by people on both the left and the right, you really haven’t built any new wall. Sure, a little bit of new wall has gone up, but the hundred miles you claim have been built, the majority of that was actually just repairs to already existing pieces of border barrier. So last week Donald Trump got a major victory, the court said, hey, yeah, you can steal from the military budget to fund your border wall. And the Trump administration now has decided that that poultry $3 billion, I think it was amount that they took from the military, that that’s not enough. So now that they’ve been given the green light from this court, which by the way, was a hugely conservative court.

Now they’ve decided we’re going to take an extra $7.8 billion away from the Pentagon and use that to construct this border wall because by God we’re going to have 400 miles of new border wall completed by the end of this year. And by taking that $7.8 billion, it brings the grand total to $18.4 billion that we will have spent on this vanity project to appease his racist base. That by the way, Mexico did not in fact pay for and they have no intention of reimbursing us for it, which Trump has also suggested. It ain’t gonna happen. So $18.4 billion is the total we are at now that Donald Trump has stolen from other parts of the government in order to pay for this handout to his base. And the reason he is doing this is because he is desperate to get something up there along that Southern border before the 2020 election.

Because if he doesn’t, if he does not complete this border wall, if he doesn’t get some visible sections of it built Ann Coulter is going to come after him again because she’s been doing it all the time, she’s going to get her followers to go after him. You’re not going to appease the hardcore alt-right, #buildthewall folks on Twitter, they’re going to be mad. They’re going to think you’re ineffective. So Trump is desperate right now. He has to get this win. He has to have something to show his base, but it ain’t going to happen. Beause that court decision last week where those two Republicans, one appointed by Trump, one appointed by Reagan said, yeah you could take that money to build your border wall. We don’t care. Yeah, that’s probably not going to survive on appeal because US law is very clear about what money can be used for what, including in the military budget. And even though Donald Trump did declare a state of emergency, he cannot just reappropriate that money without informing Congress and having the military itself conduct the construction. That’s part of the law. I advise everybody to go and read it because I don’t even think Donald Trump has, and I’m shocked, not shocked actually, that these Republican judges upheld it, but eventually it’s going to get in front of a judge that understands that, hey, I’ve got a lifetime appointment. I don’t have to appease anybody. You’re not getting your money for the wall.