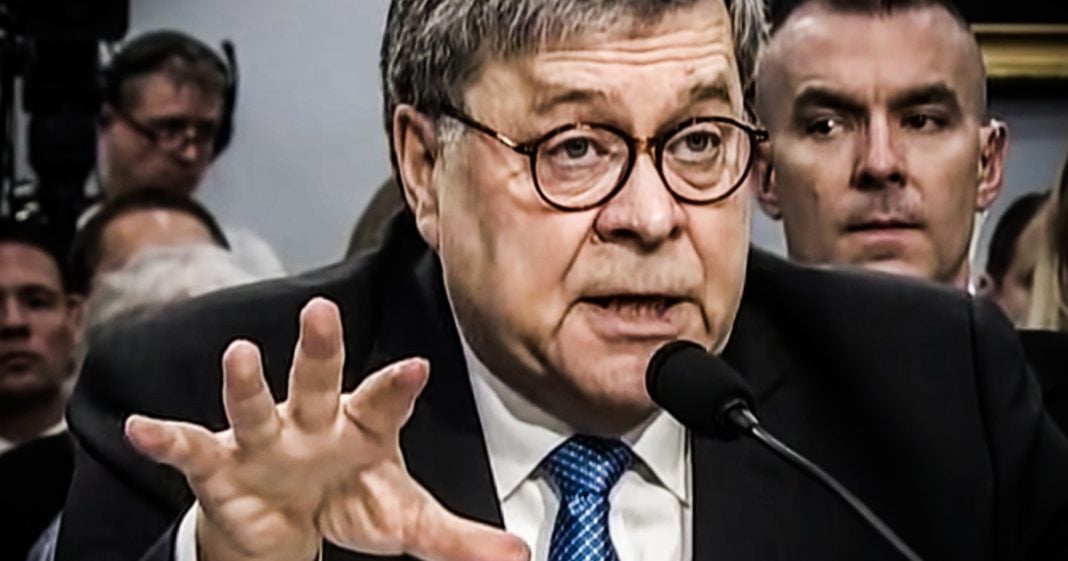 The Trump administration is panicking right now, as the US Supreme Court has decided to take up their challenge to the Affordable Care Act (Obamacare.) The administration has realized that if the law is struck down, millions of people will lose their health insurance right before the election, and that is going to cost Trump big time at the polls. Ring of Fire’s Farron Cousins explains what’s happening.

Right now, working its way through the court system, actually awaiting a hearing at the US Supreme Court is a lawsuit brought by Republican governors across the country against the federal government trying to argue that the affordable care act, Obamacare, the entire thing should be ruled unconstitutional. Now, the US department of justice under the control of Donald Trump and William Barr actually joined in this lawsuit against, I guess essentially themselves, by trying to argue that yes, the whole law must be struck down as unconstitutional and we want it to be unconstitutional and, oh crap, you guys are about to hear that case. Oh no, that’s not good for us. On Friday, this past Friday, William Barr sent a letter to the US Supreme Court upon realization that, oh no, they’re about to take up this case. That’s going to be bad for us. So Barr sends a letter to the Supreme Court and says, hey, could you guys not, could you just not do this case right now?

Could you maybe do it like in the fall? And that way when you finally do have a ruling, it’ll come out after the 2020 election. That the, legit Barr sent that letter to them and that was his reasoning. That’s what he asked them to do, to delay a decision on it till after the 2020 presidential election. And the reason is because Barr knows that if he is successful, then millions of people in this country, tens of million are going to lose their health insurance. And that would probably not work out very well for Donald Trump at the polls in November, if suddenly 40 million, 20 million, whatever it would be people walk into the polls saying, I don’t want to vote for the guy that just stripped me of my health insurance. I’m going to vote for the other person and Barr understands it because he’s not an idiot. He’s pure, friggin evil, but he’s not an idiot.

So he politely asked the Supreme Court, hey, can you not screw us by issuing this decision prior to the 2020 election? Now, here’s the thing about this folks, the US Supreme Court, they’ve already ruled on Obamacare. They’ve already ruled that, hey, guess what? It’s constitutional. So the fact that they would even take up this case again is a bit bizarre, right? They’ve made their decision. The Supreme Court doesn’t go back and do do-overs, but because they have a conservative majority, because the case is brought by conservatives and because conservatives think it’s going to help them, sure we’ll, you know, throw out decades or centuries really of precedent and just do this for you guys, because we love you so darn much. It doesn’t matter if it happens before the 2020 election. It doesn’t matter if it happens after the 2020 election. If the Republican party is successful in kicking tens of millions of people off of their health insurance, sending them effectively to an early grave because they can no longer afford healthcare coverage, it will eventually go, come back to bite them. Maybe it’ll bite them in 2020 or perhaps it’ll have to wait until 2022 and 2024 but it will come back to bite them. And Republicans would rather take that hit later down the road than have to deal with the consequences of the horrendous policies today.