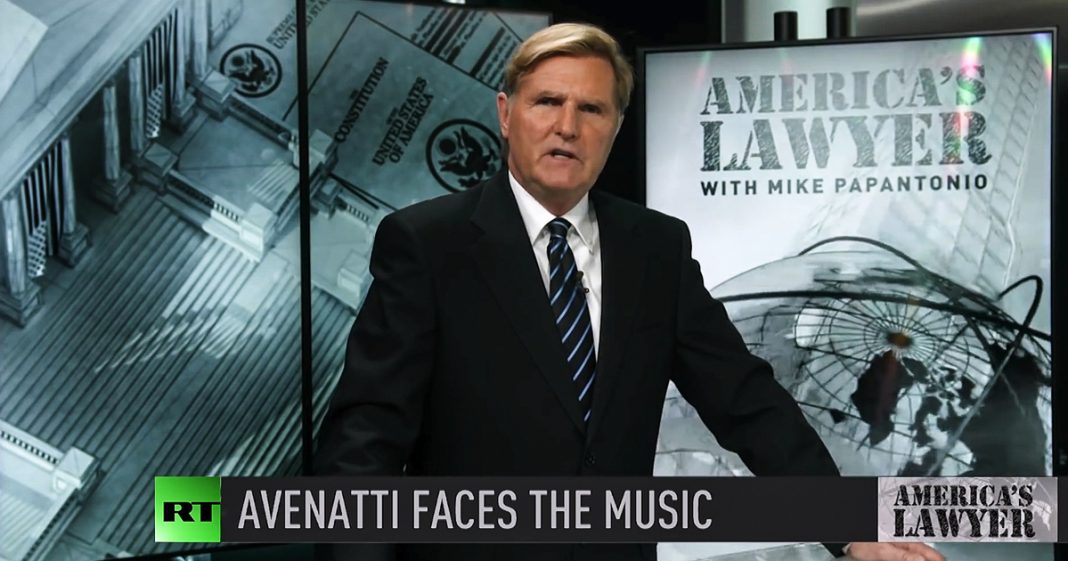 Via America’s Lawyer: It appears celebrity attorney Michael Avenatti will be unable to escape the litany of charges against him, including for wire fraud, embezzlement, and extortion against Nike. Mike Papantonio explains more.

Finally tonight, some good news. A district judge last week refused to dismiss several charges against celebrity lawyer, Michael Avenatti. As he awaits the start of his trial, Avenatti has attempted to get two charges of extortion and charge for defrauding a client dismissed. These charges are related to the alleged extortion scheme that Avenatti had against Nike. The charges claim that Avenatti threatened to release damaging information about the company unless they agreed to pay him $20 million. It wasn’t even clear where the $20 million was going to go. The judge in the case understood that Avenatti has to face the music for his actions and this case is going to proceed to trial later this month. In addition to extortion charges against Avenatti, he’s also been accused in separate cases of stealing millions of dollars from a disabled client, stealing money from a book advance his client received, as well as wire fraud, tax fraud, embezzlement.

In total, Avenatti has been hit with 36 different charges. Avenatti represents all of the ugly caricatures of trial lawyers that corporations have been trying to push for years. His greed and arrogance are going to be used as an attack on all lawyers for years to come. But if these charges can just stick, we’ll at least have one less bad lawyer out there bringing down the reputation of the legal profession. That’s all for tonight. Find us on Twitter and Facebook @facebook.com/rtamericaslawyer. You can watch all RT America programs on Direct TV, Channel 321 and also stream them live on YouTube. I’m Mike Papantonio, and this is America’s Lawyer, where every week we tell you the stories that corporate media is ordered not to tell because their advertisers won’t let them. Have a great night.