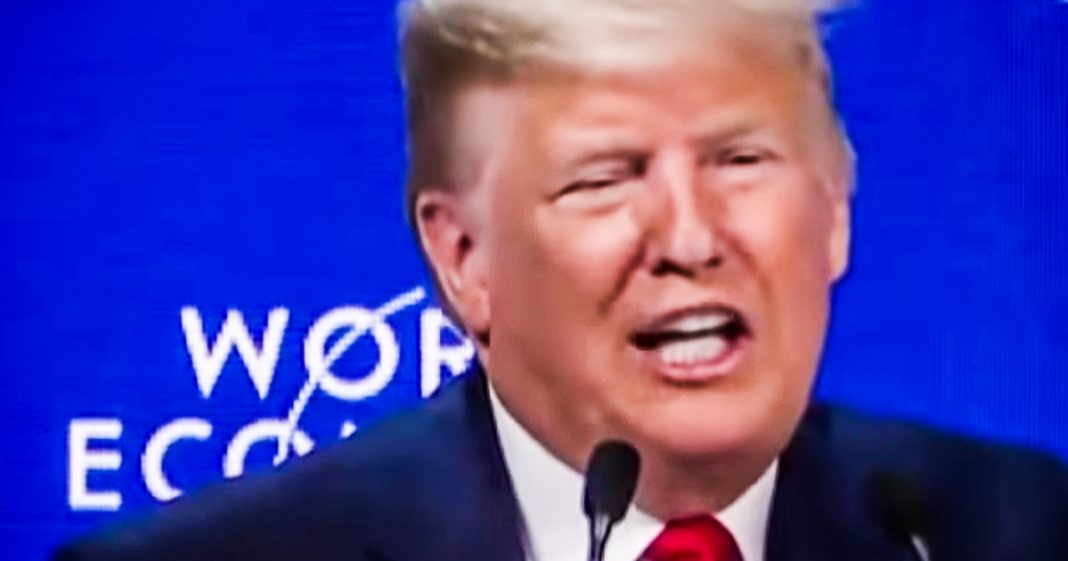 Bad news for both Donald Trump and the Republican Party, as the latest polling shows that a slim majority of American citizens want the Senate to remove Trump from office. This is obviously a pipe dream at this point, but if the Democrats can harness and hold onto that view with the voters, it will make the 2020 election a walk in the park. Ring of Fire’s Farron Cousins discusses this.

With the Senate impeachment trial officially underway at this point. It’s important for Republicans to pay attention to the polls because I know they think that going to the Senate, protecting Donald Trump, Mitch McConnell, laying out these sham rules that are going to make it impossible to get a conviction, they need to pay attention to the polls because the latest round of polling released this morning shows that 51%, a majority slim majority, but still a majority of American citizens do want the Senate to convict and thereby remove Donald Trump from office. A majority of people in this country want him gone from this impeachment trial. That is the end result. Most Americans are hoping for only 45% say that they do not want the president to be removed from office as a result of this impeachment process. So six point gap, not huge, but certainly not in the Republican’s favor.

And that’s the kind of thing that you guys need to pay attention to. After all, Mitch McConnell, you are not only the guy who’s being seen as the bad guy and impeachment right now, uh, you’re also facing some pretty tough corruption charges because of the relationship you and your wife have with federal contracts and your donors. And that might not play out so well with the voters in Kentucky. Yeah, I know you’ve steered a lot of projects to him through your wife, who by the way, is officially under investigation for that. And what happens if she suddenly gets convicted before your reelection this year? Uh, I mean, that’s not gonna look too good for you, right? But at least you’ve got this impeachment scam to fall back on and say that, Hey, look, I rigged a trial to a crud. I shouldn’t have said that. See, Mitch, you can’t win either way. You’re gonna win. And to be honest, you’re probably going to win both ways, but you’re only gonna win in Kentucky. The rest of the country absolutely hates you. And while that may not affect your race, guess who’s racist? It could affect people like your good buddy Lindsey Graham, people like your good buddy down in Texas, John Cornyn.

No, you, you kind of need to hold onto those seats and you’re likely not to because of your impeachment sham that you’ve got going here because of your corruption scandal that is hanging over your head while you’re trying to defend the president. See the rest of the public is paying attention and while we may not be able to kick you out of office, we can certainly switch the Senate, flip it and prevent you from being the majority leader any longer.

And that might be just as fun as kicking you out of office for good cause at least then you lose a lot of your power. But that’s why you need to pay attention to these polls. Mitch, I know you don’t really have a lot of empathy for your fellow Republicans there and they probably don’t towards you either. I mean there is no emotion, no reciprocation. You guys are a bunch of sociopaths. But at the end of the day, these polls are going to start to matter, and if public opinion keeps shifting away from you guys, it’s eventually going to shift to the point where it starts to hurt your reelection chances or it hurts your guys sitting next to you. Re-election chances.

Most of the public will forget about it, but if even a handful, a small percentage of them don’t, then these Republicans in these super tight races, Collins, Cornyn, Graham, that small percentage that didn’t forget what you guys did is more than enough to flip the Senate at the end of this year.