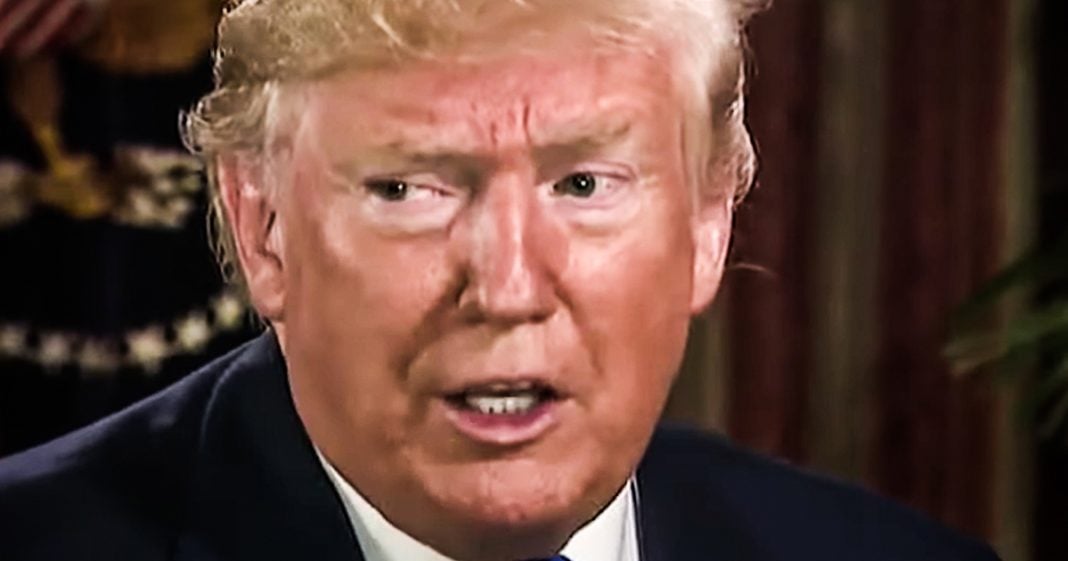 Last week, a federal judge put a temporary halt to Donald Trump’s order allowing cities and states to refuse to resettle refugees in their areas. Trump’s order, according to the judge, flies in the face of countless different laws and orders that are already in place in this country, not to mention the massive humanitarian problems that the order creates. Ring of Fire’s Farron Cousins discusses the ruling and what it will mean for future refugees.

Last week, a federal judge ruled against Donald Trump’s recent order that said that cities, States, localities, whatever you are, if you so choose, you can refuse to resettle refugees in your area. That was the order issued by Donald Trump and last week a federal judge said, nope, this is not gonna fly. So they put a temporary halt on the program as it goes through the appeal process. Now this is after Republican Texas Governor Abbott decided that, hey, Trump just issued this order, so Texas, yeah, we’re refusing any and all refugees in my State. None of you are welcome here. Do not even try to come across my border. But thanks to this judge’s ruling last week, that order of Donald Trump and thereby the order of governor Abbott are no longer valid, at least for the time being. And that is a huge positive step forward for this country and against the Trump administration and their xenophobic policies.

Here’s the thing, a lot of people who when they saw this story thought it meant we were going to see a flood of illegal immigration, but that’s actually not what this is about. This isn’t about refugee resettlement, and as the judge stated in the order, there are congressional orders that we have to take these people. We have signed on to treaties agreeing we’re going to take these people, all kinds of other laws throughout this country that says we will take some of these people. These are refugees, some are political refugees, some are environmental refugees, and yeah, we do. Not necessarily as a country, but as basic human beings have an obligation to these other human beings. They’re not coming over here because they want to steal your job as Republican say. They’re not coming over here because they want to rape or kill you as Donald Trump claimed.

These are people who are fleeing extreme circumstances, who just want the chance to survive. That’s it. That’s all they’re asking for. We want to live, so will you please let us come live in your countr?. We’re going to be law abiding citizens. We’re going to pay taxes, we’re going to contribute, but if you leave me where I am, I’m likely to die. The Trump administration knows that. Republicans know that, but they still craft these false narratives about these refugees. They tell us they’re dangerous. Tell us they’re going to destroy our way of life. Fox news tells us they’re going to make our country dirtier. They’re going to put us in danger. None of that is true. These people contribute at the same level or oftentimes higher than average citizens, let them in. After all, more than likely, depending on where they’re from, the US has probably caused a lot of the problems in their country, and I would say based on that fact alone, yeah, we owe it to these refugees to welcome them and embrace them with open arms and say, you are welcome in our community after what we’ve done to you for decades.