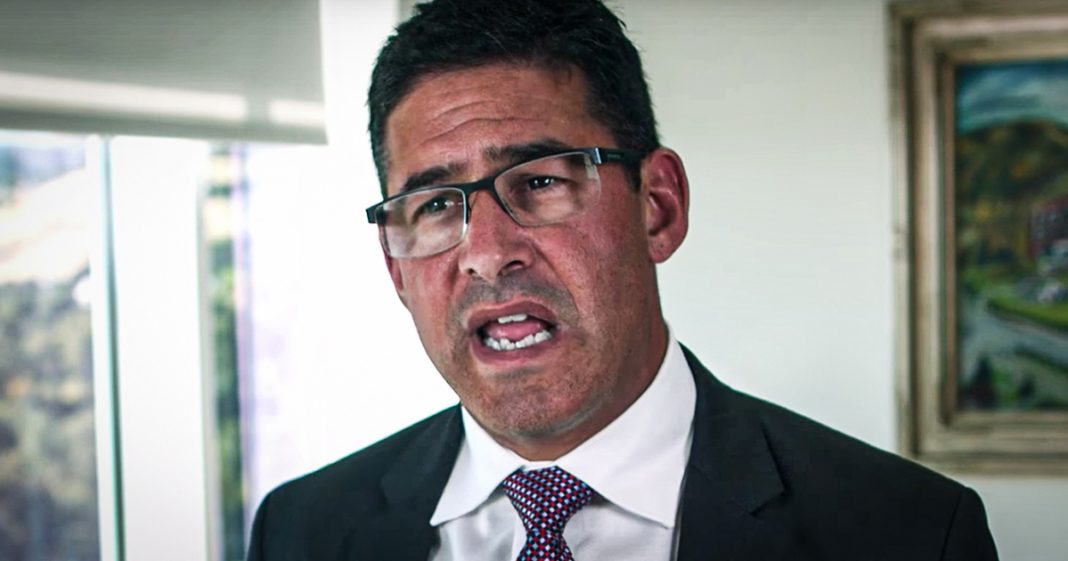 At a recent healthcare conference, the CEO of a major hospital corporation mentioned the fact that the healthcare industry was the number 1 culprit for causing personal bankruptcies in the United States, but then he said that it was ok because their profits are better than ever. They know what they are doing, they just don’t care. Ring of Fire’s Farron Cousins explains what’s happening.

Recently, J P Morgan held a healthcare conference, I believe it was down in California around San Francisco. J P Morgan holds this healthcare conference. You get healthcare CEOs coming in. They’re big pharma CEOs, hospital corporation CEOs, all the big wigs in American healthcare down there in San Francisco at this JP Morgan healthcare conference. And one man, man by the name of uh, Marc Harrison who happens to be the CEO of Intermountain healthcare, gets up there for his turn to speak and he tells the crowd this. He says, the number one cause of personal bankruptcy is our industry. It’s a very rare moment of self awareness for a member of the healthcare industry. This guy, Marc Harrison, Intermountain healthcare gets up there and tells them flat out the truth, which is we’re the number one cause of bankruptcy in this country. Now I wish the rest of Mr. Harrison’s speech was more of that, more admonishing of this entire industry for what they’re doing to people.

But it wasn’t. In fact, it actually went the other way because even though we’re causing all these bankruptcies, our number one goal, Mr. Harrison told that crowd is to continue to grow revenue. Dang, right? Almost had it. Harrison, you weren’t. You were, you were so close to like getting it right. You know, we are screwing people all over this country from coast to coast and border to border. We are just the worst. And we’re about to get so much worse, so much worse because we’re going to grow our revenue and we all know what that means, right? There’s only one way for these groups to grow their revenue. Either they raise prices on us or they cut back on the services that they cover. So either way we the consumer, the healthcare consumer, we’re screwed. But here’s the thing, and I know Bernie talked about it recently and a lot of other folks are now finally starting to really talk about this, the, the waste and abuse and the administrative costs in healthcare amount to more than one third of our total healthcare spending here in the United States.

And it’s that money that more than one third of it that Harrison wants to increase. It’s not, the treatments are getting more expensive. It’s not that pharmaceuticals are getting more expensive. They have to increase their administrative costs to us. Why not? Because they want to pay the, you know, bookkeeper working 50 hours a week down in the basement floor of the hospital. They don’t want to pay her more money. They want to pay the CEO more money. Mark Harrison, the CEO wants more money is the more revenue he pulls in, the more money he gets in 2018 the most recent year for which have numbers, healthcare CEO pay skyrocketed yet again as it does every year. Now, some pay for CEOs only saw about a 4% increase.

That’s not too too much right? But those guys still made almost $20 million that year. Some of the bigger wigs at the big insurance companies, they’re up to 30 and 40 million per year. Same thing with drug companies, CEOs, hospital corporation, CEOs. These folks are rolling in cash. They are not hurting for money, even though we are, and they know that and now we know that they know that and they’re still not going to do anything about it. They’re not going to reduce costs for us. And that is why this entire system has to be burnt to the ground and built with a government funded program that is the only solution. Medicare for all will save us if we let this private industry survive, they’re going to keep trying to kill us.