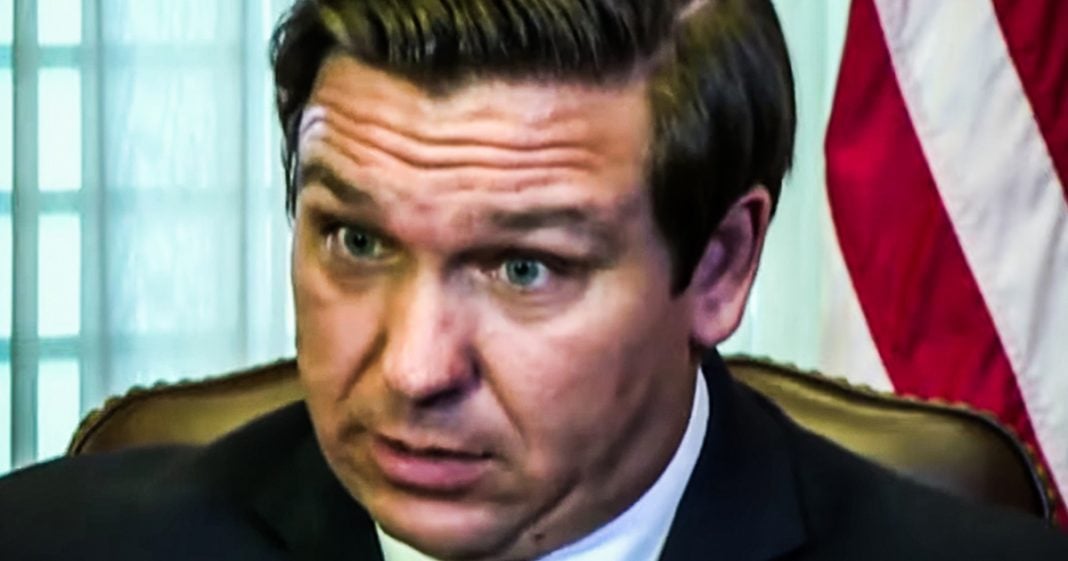 The Florida Supreme Court last week ruled that the “poll tax” that Florida Republicans put in place to stop former felons from being able to register to vote is perfectly fine. This ruling is absolutely no ok, as Florida voters approved a measure to unequivocally give former felons their rights back, no strings attached. Republicans are the ones who changed it after the fact. Ring of Fire’s Farron Cousins explains this ruling, as well as the silver lining here.

Last week, former felons in the state of Florida, as well as voters in the state of Florida, suffered a major blow as the highly conservative Florida Supreme Court ruled that the poll tax put in place by our Republican led government in this state is absolutely okay. This means according to the Florida Supreme Court’s ruling that former felons, instead of immediately getting their right to vote back once they leave prison, now have to pay back all of the court fines, all the restitution, any fee at all associated with their imprisonment. And Florida notoriously has a very high court cost fee compared to other States. Part of the reason for that, little aside here, is because Florida has no state income tax. So they make up for it by putting in these high court fees, tag renewal fees, all kinds of governmental fees that other States do for dollars compared to hundreds of dollars here in the state of Florida.

So we’ve already put this unnecessary burden on former felons and anyone who goes to court even to argue a traffic ticket, that’s $250 out of your pocket to argue a traffic ticket, whether you win or lose. That’s how insane the court costs here are, can’t imagine what they are for a real criminal trial. So that’s bad, right? And unfortunately the Florida Supreme Court latched onto a part of the amendment four that was passed with 65% of the vote here in 2018 that gave felons the right to vote back. In that amendment, which as we know amendments on ballots, they’re super short, but it included the phrase all terms of sentence. And based on that, the Supreme Court said that yes, these court fees, these fines and restitution and all that are considered all terms of sentence. Problem is they’re not. See, like I said, court fees here in the state of Florida, you pay that just to go to court even if you win.

So that cannot legally be considered a part of the sentence. It can’t be. I know, I have gone to court to argue against a traffic ticket. I won and then I had to pay $250 for the court fee. I wasn’t sentenced. So that fee wasn’t a part of my sentencing, that fee, because I wasn’t sentenced, that fee is just to be able to use the courtroom. So no, the Supreme Court’s argument right there on its face is wrong, unethical, but again appointed by Republicans. So of course they’re not going to go against this Republican poll tax. Don’t lose hope. Every now and then it is nice to be able to offer a little bit of optimism and guess what, we do have optimism with this story. Because the way the Republicans wrote this law that puts these poll taxes in place for the former felons also allows for a city or County to waive fees and we’re already seeing it happen in solidly blue, highly populated areas of the state. Dade County, lots of other places down there in South Florida have decided we’re just going to waive the fees so you don’t have to pay them.