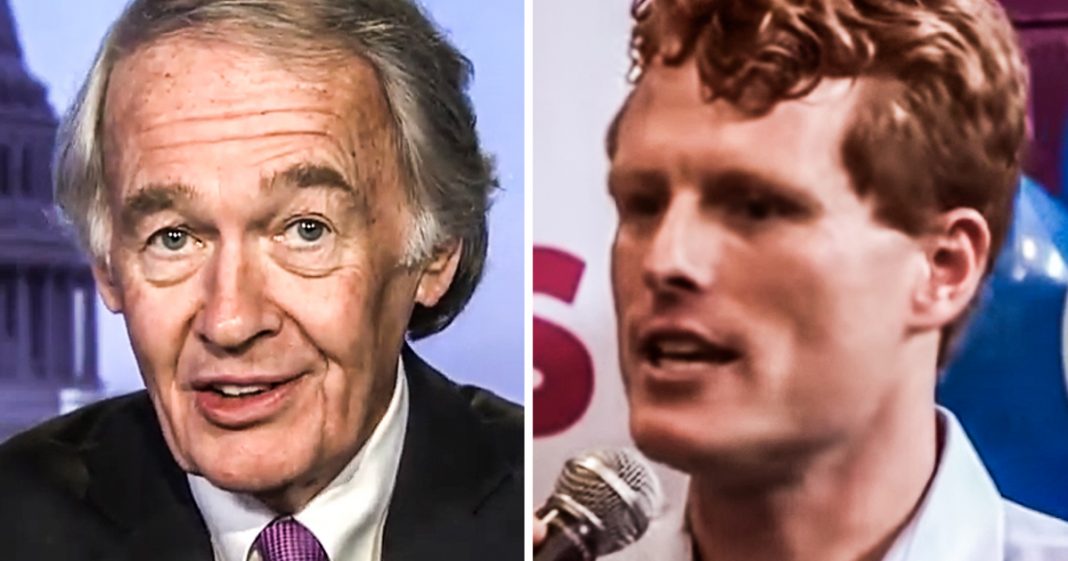 Democratic Representative Joe Kennedy is primarying incumbent Democratic Senator Ed Markey in Massachusetts, hoping to win a seat in the state where the Kennedy family ruled for decades. But the endorsements that Kennedy picked up this week show the hypocrisy of the Party – endorsing a legacy over an incumbent, something they blacklisted their own contractors for doing. Ring of Fire’s Farron Cousins explains why this is happening.

Those are some big endorsements. And this is not a knock at Joe Kennedy. I don’t know too much about Joe Kennedy, but what I do know is a lot about Ed Markey. Ed Markey has been a phenomenal Senator for Massachusetts, for the rest of this country. He has been a champion on the issue of climate change when we had no other champions. He has absolutely stood up for the little guys. He is a true progressive and definitely based on what little voting record we have for Joe Kennedy, definitely to the left of Kennedy. But here’s the thing that really gets me about this. The establishment, the DNC itself, right, The DCCC, all of these establishment groups made it very clear that they were not going to allow primary challengers to incumbents. They went as far as to blacklist, any contractor who worked with a primary challenger instead of the incumbent, and now here they are cheering on this relatively fresh face in the US Congress, primarying a Democrat who’s been in there for 40 years. Where’s the outrage there? Why are they not blacklisting Joe Kennedy or anybody that works with him? Why? I’ll tell you why. One Markey is a little too progressive for them and two, they believe Joe Kennedy is the future.

They believe that they can get Joe Kennedy into the Senate and then four years from now, or maybe even just eight years from now, maybe Joe Kennedy will be the nominee in 2028 but if Democrats don’t win in 2020 Joe Kennedy will probably be the nominee in 2024, that’s what’s happening. That’s what this is. They’re grooming him and anyone who is groomed by the party is not to be trusted. Again, I’m not trying to sit here and knock Joe Kennedy or the Kennedy family by any stretch of the imagination. They have done some wonderful things in this country. I may not agree with them on every single issue, politically or scientifically, but they’ve done some amazing things for this country, but that still does not give them the right to primary a good human being like Ed Markey, who has done a phenomenal job in the US Senate. We need Markey’s voice in the Senate. We need Kennedy’s voice in the house, but clearly Kennedy has other plans in mind, and the Senate is not the final destination for him, but merely a stepping stone to something bigger.