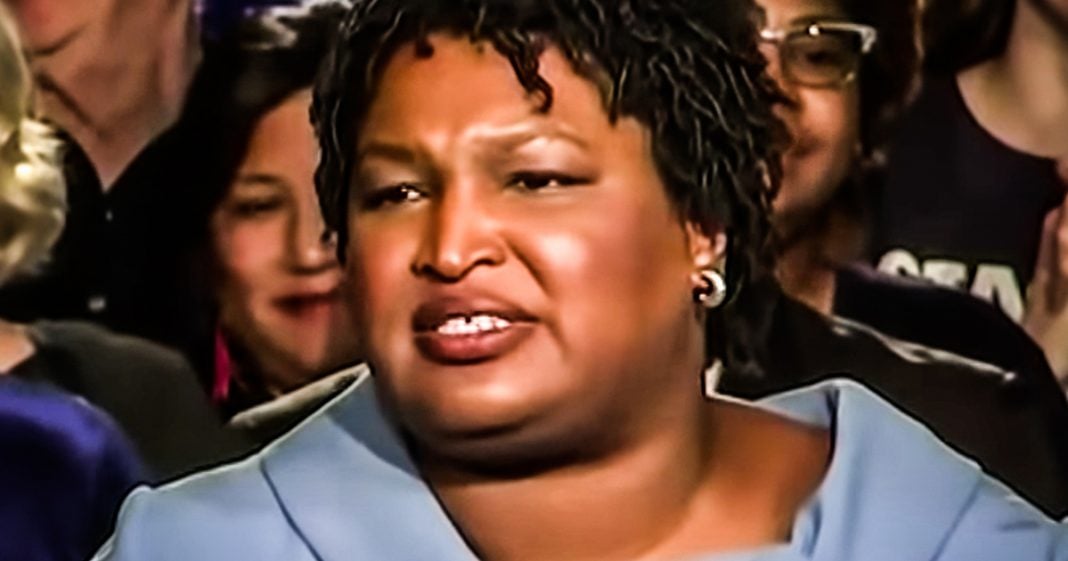 Democrats in Texas are tired of the Republican stranglehold on their state, and they are doing something about it. They have launched the largest-ever voter registration drive in the state, hoping to turn Texas blue, or at the very least purple. This is no easy task, but it is certainly attainable given the shifting demographics in the state. Ring of Fire’s Farron Cousins discusses this.

One of the biggest criticisms that we here at Ring of Fire have had about the Democratic party since Ring of Fire launched in 2004, was the fact that Democrats were always a little too willing to roll over. They weren’t willing to get down and dirty and really fight back against Republican corruption. Well, that’s starting to change and one of the people leading the charge to change that, to turn the Democratic party into a party of fighters is Stacey Abrams, the former candidate for governor of the state of Georgia. Who should have won that election, had Republicans not rigged it, but rather than hang her head and think, oh, woe is me, I got cheated, I’m going to whine and complain. Stacey Abrams didn’t do that. Stacey Abrams, after realizing how badly she got screwed, got angry and decided I’m going to do something about this, it may be too late to save me, but I can save so many others and I can change the face of this country, and she’s doing that with her group Fair Fight 2020. And right now, Fair Fight 2020, has launched voter registration drives in 20 States across the US, 20 States where their goal is to register millions upon millions of new voters.

One of the places where they are focusing a lot of their efforts right now is the state of Texas because as we’ve seen, Texas might be a little bit more in play than Republicans would be comfortable with. State also hasn’t elected a Democrat to a national office since 1994, so it is a Republican stronghold. But with the Beto O’Rourke versus Ted Cruz race, we saw that it is possible to change that. And so Stacey Abrams and her group, along with some other democratic groups down there in the state of Texas and a couple of national democratic groups, they have a goal of registering more than 3 million new voters in the state of Texas in an effort to, if not turn it blue, at least turn it a deeper shade of purple. They want to end the Republican stranglehold on that state and the damage that Republicans are doing to that state by letting corporations exploit every inch of land.

And that’s what they’re doing. They’re doing it in Florida. They’re doing it in Georgia. They’re doing it in these deep red States that two years ago even I would have told you just fricking abandoned them, there’s no hope. But now there is hope and Stacey Abrams is one of the few people out there giving us that hope. And it’s really sad that it, she had to go through what she did with that Georgia election. She should be the governor of Georgia. I mean, it’s plain and simple, she should be the governor of Georgia. But maybe that loss was necessary in order to better the country. Right? It’s like the old saying, whenever God closes a door, he opens a window. Well, for Stacey Abrams, he didn’t just open a window. He knocked down the side of the house and said, this is yours. Go out there and do what you need to do and she is. Stacey Abrams is a fighter. Stacey Abrams is absolutely amazing, and if her group is successful, then we can credit 2020 victories to Stacey Abrams. She deserves it.