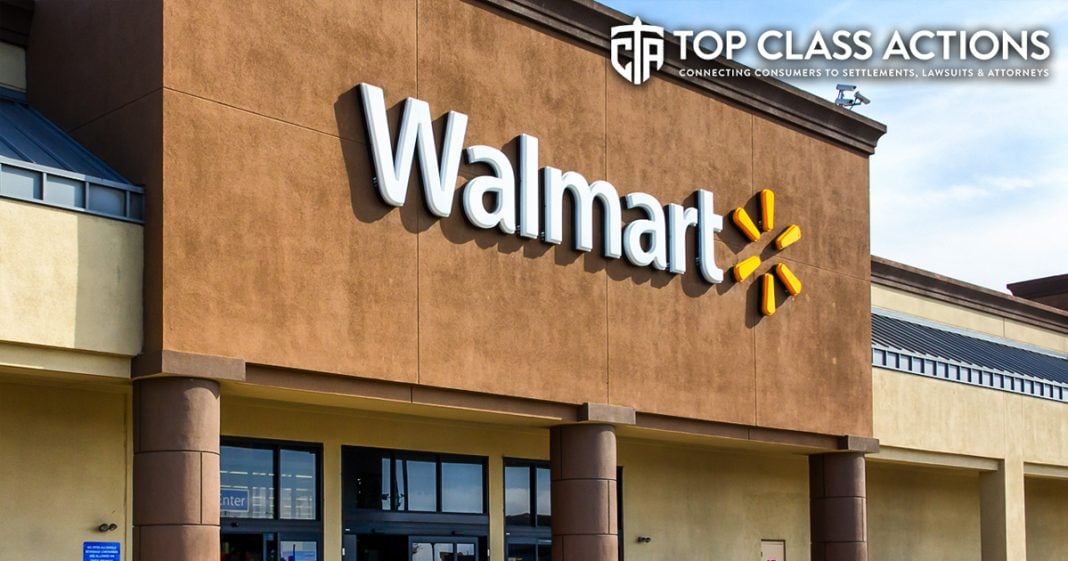 A class action lawsuit claims that Walmart misleads consumers by advertising prices on its online app that are lower than those offered in stores. Plaintiff Sofia Maynez says she used Walmart’s app to view prices of items, which she then purchased in-store. According to the Walmart class action, she viewed Huggies Wipes as advertised for $5.44 on the Walmart app, and Huggies Pull Ups advertised at $8.97 on the app. Ring of Fire’s Farron Cousins discusses this with Scott Hardy, the President of Top Class Actions.

Farron Cousins:                  Most areas of the United States have some kind of law in place saying that if a company advertises a price to you, they’re obligated to sell you whatever it is for the advertised price. But unfortunately, as is often the case, we see companies advertising one price and then selling to consumers at a higher price. That allegedly is the case with the Walmart app according to a new class action lawsuit, and I have Scott Hardy from Top Class Actions with me now to tell us what’s happening and Scott, this one hits a little close to home because this is something I do as well. We have a plaintiff here, she looked on her app, saw the price of the things she wanted and then just drove down to the store to buy them, only to find out, wow, they’re so much more expensive in person.

Scott Hardy:                          Exactly, she got sucked in and you would think that this is Walmart, you know, they’ve got a good control over what they’re listing online and on their app and what they’re actually charging in the store. It’s, they’re all connected, but lo and behold, no, it’s not. In this case, claims she went in there, viewed some Huggies wipes for $5.44 and Huggies pull-ups for her kids $8.97 on the app. However she went to purchase the items, she paid $12.54 cents instead of $5.44 for the wipes and $31.84 for the pull-ups instead of $8.97. You know, massive differences between what’s what’s listed in the app and what’s listed, you know, what they’re actually paying for at the register. And we’re seeing a lot of reports, 225 plus comments so far of people saying this exact same thing happened to me. I look it up in the app or even see the sticker in the store and I go, great, good deal. Walk up and nope, they get shut down.

Farron Cousins:                  So what’s going to be interesting on this, because as I mentioned there, there are, you know, a lot of States or cities or whatever it is, everybody has their own, but basically you can’t advertise one price and then sell it at a higher price. So what’s going to come into play here a little bit I think as this case proceeds, is these were both being sold by Walmart. Now, if Walmart is able to go into court and try to say, no, no, no, no, no, no, listen, these are actually two separate stores, right? Walmart online or Walmart app is not Walmart in person. You know, that could be interesting to see if the court buys into that. But I guess at the same time, Walmart’s app, just like with Lowe’s or Best Buy or wherever it is, they’ll actually tell you where in the store you find that item, you know, aisle this, bay blank, whatever it is. They tell you exactly where. So I’m not saying all, Walmart will try to use that argument to get around this law. I’m just saying if they do, it’s not a very good argument to begin with.

Scott Hardy:                          Right, and but the thing is, is we’re seeing this issue not just in the app. I’ve got a couple of comments here we pulled off of Top Class Actions where Sandy A said on the app, they advertises a car seat for $89.99 on rollback. Went to purchase in store, the price on the shelf was $89.99. Took the car seat to the front, rang up $299.99 she talked to the sales representative, showed who it was, walked them back to the same shelf, managers on break. Sorry, we can’t help you. Another example, went to Walmart purchased a side table online showing $1,299 went to the store to purchase it and it was $1,599. Again, spoke to the cashier at the front end, spoke to the front end manager. They said, no, we’re not going to honor it according to, this is a quote from Mary, “Gave me some crap that online’s different from real life.” So, you know, people are seeing this around the country from Walmart and like you said, that is an interesting option if, if Walmart says no, walmart.com is a separate business than our Walmart stores. But, you know, these things are connected. You can sit there and shop on walmart.com and pick it up at, at your local Walmart store. So they should be able to get these diff, these price differences corrected. So people aren’t getting faked out by seeing a great price online and going in and finding out that’s not the case.

Farron Cousins:                  You know, and it’s really interesting too because I, I don’t know if they still have this policy. I believe that they do, but I know for the longest time, for, for years and years and years, Walmart would even accept competitor coupons. So if you went in there and you showed them that, hey, you know, even on your phone like, oh, Winn Dixie has this at a cheaper price, they’d give you that cheaper price. If you say Amazon has, has it at a cheaper price, they would give you the Amazon price. They accept all competitors’ coupons and yet they won’t even honor the, the price that they’re offering online versus the price that they’re offering in the store. This is just a very bizarre case and it really is just Walmart luring people into the store to see if they can just, you know, get them to pay that extra bit of money after essentially lying to them on the app.

Farron Cousins:                  Absolutely. For more information about this issue, please follow the link in the description of this video. Head on over to Top Class Actions and while you’re there, make sure you sign up for their weekly newsletter. Scott Hardy with Top Class Actions, thank you very much for talking with us today.