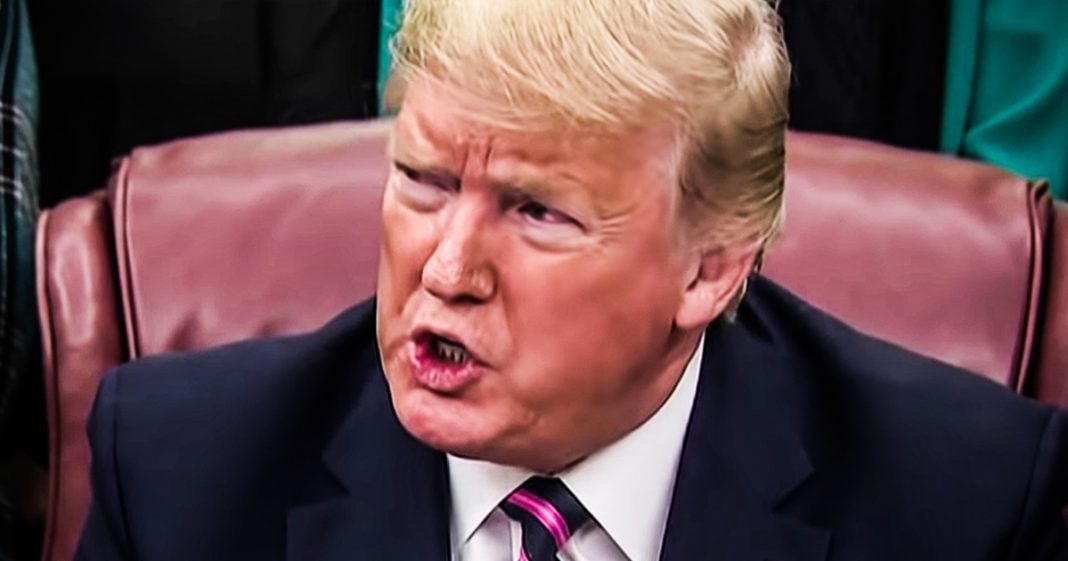 A stunning new Government Accountability Office analysis was released yesterday, and the GAO makes it clear that Donald Trump violated the law by withholding aid to Ukraine. There is absolutely no doubt at this point that the President acted illegally, but will any of this matter to Republicans in the Senate? Ring of Fire’s Farron Cousins discusses this.

For months and months, ever since the word impeachment first became something that was real, Republicans had been insisting that Donald Trump did absolutely nothing wrong. And if he did do something even slightly wrong, it probably wasn’t an impeachable offense because it wasn’t technically a crime. Well, according to yesterday’s, a government accountability office report, Donald Trump did in fact commit a crime. And that crime was a violation of the 1974 impoundment control act, which clearly States the president cannot withhold congressionally approved funds. Not for any reason. Doesn’t matter if it was purely based on something that this country needed as Trump claims it was, it doesn’t matter if it was to dig up dirt on your political opponents. It doesn’t matter. The reason the 1974 impound control act says Congress approved it. You’ve got no authority to withhold it. Now, mr or mrs president, whoever comes along in the future.

And that’s what the GAO report said yesterday. And the reason that that reasoning is important is because the office of management and budget had tried to argue before the GAO that Donald Trump, uh, this is what they said. It was withheld to make sure that the transaction was congruent with the president’s policy initiative had nothing to do with Joe Biden. The OMB says it was all about making sure Ukraine was on the level right. We didn’t want to send money over there to this country that wasn’t going to act in our best interest. We wanted to make sure they weren’t going to screw around and you know that they were good recipients of this congressionally approved money. The GAO had this to say about that. They said faithful execution of the law does not permit the president. So to substitute his own policy priorities for those that Congress has enacted into law, OMB withheld funds for a policy reason, which is not permitted under the impoundment control act.

The withholding was not a programmatic delay. Therefore, we conclude that OMB violated the ICA. Now, they also pointed out right there, as I just said, it wasn’t a delay because of something with the program itself. You know, if they were trying to retool it, if there was a problem with the actual transfer or whatever it happened to be, yeah, they could have withheld it temporarily or delayed it, I guess for that purpose. But that’s not what this was. See, the GAO wasn’t looking at whether or not he withheld these funds to hurt a Joe Biden by digging up dirt on him and getting them to announce an investigation they just looked at, is the president even allowed to withhold funds in the answer as they clearly stated yesterday is no, that’s a violation of the law. And we also refer to violations of the law by another word crime. And that is exactly what the president did when he withheld those funds. He committed a crime. Any crime, any crime whatsoever committed by a president is an impeachable offense no matter how big, no matter how small, high crimes and misdemeanors, that’s what the constitution says. So the biggest argument the Republicans have had against the impeachment that, Oh, even if he did it, it’s small potatoes. Yeah. Trump’s own government just blew that argument up Thursday morning.