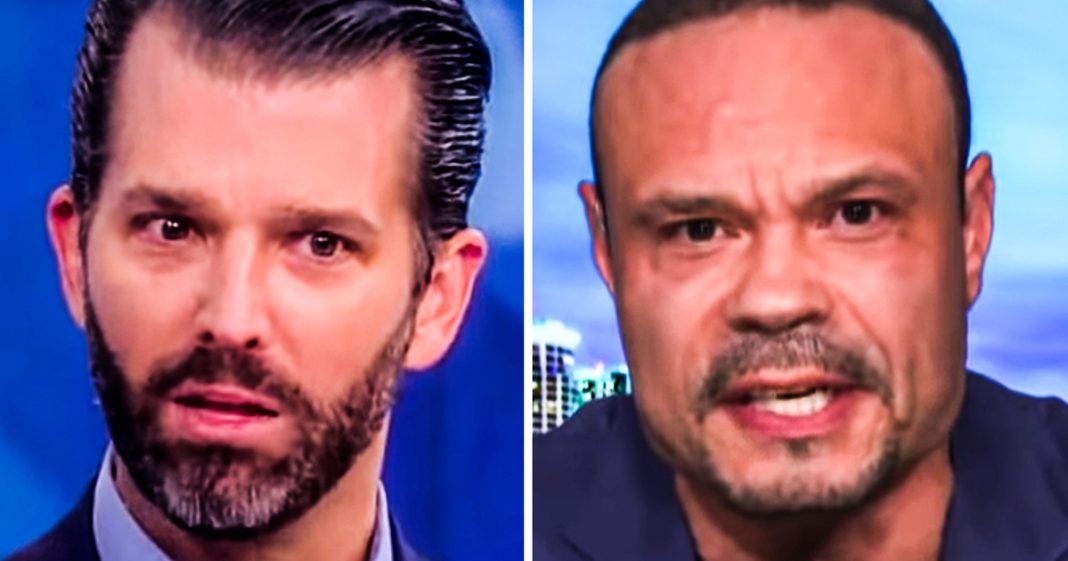 Donald Trump, Jr. has latched onto a new conspiracy theory that former Ukraine ambassador Marie Yovanovitch was actually the one spying on him, instead of the ambassador being the one who was spied on at the direction of Rudy Giuliani. Fox News contributor Dan Bongino also claims that he was spied on by these same people, showing that the Republican Party truly is suffering from some form of shared psychosis. Ring of Fire’s Farron Cousins discusses this.

At this point, it is fairly obvious given all of the evidence to suggest this, that Rudy Giuliani and Lev Parnas had some kind of surveillance happening on former Ukraine, ambassador Marie Yovanovitch, the house of representatives has now finally decided they’re going to launch an investigation into this after Yovanovitch essentially demanded one. And rightfully so, because as we know from these new text messages that Parnas delivered earlier this week, yet they were tailing, or they may have even had monitoring equipment on her personal electronic devices, and if not, they were watching her like a hawk every single place that she went. So she was spied on by the Trump administration and Trump’s friends. But don’t tell that to Donald Trump jr or any of those on the far right. No, because in their twisted, warped little brains, somehow Murray, you Yovanovitch was actually one of the people who was spying on them.

And I’m not talking about low-level members of the Trump administration. I am talking about Donald Trump. Jr legitimately made the claim that Marie Yovanovitch, former Ukraine ambassador spied on him. Donald Trump jr thinks Marie Yovanovitch spied on him. And the whole reason this came about was because Dan Bongino, Fox news contributor and guy who doesn’t know how to make lemonade, uh, tweeted out the following the other day said, why was Marie Yovanovitch monitoring me and others when we began exposing her role in the Ukrainian collusion scandal with the Obama administration and the Democrats. Has she truthfully answered that question yet? Donald Trump jr then quote tweeted that tweet from Bongino, who unfortunately has blocked me on Twitter and a junior said she was doing the same to me. Apparently in other private citizens, media wouldn’t cover a rogue ambassador monitoring American citizens. I wonder why.

What the hell are you talking about you? You’re making crap up Jr. And Bongino, you don’t know what the hell you’re new and Maria, you’ve auto hitch does not have any authority or ability or hell even the equipment to spy on anyone and no, nobody gave it to her. My God, you people are suffering from a shared psychosis at this point. There is something clinically wrong with the two of you. You can maybe, I don’t know, maybe she, if you can get like a coupon for group therapy and have you guys go together and any of the others that bond Gino mentions in his tweet because you all need serious psychiatric help. Marie Yovanovitch didn’t spy on anyone. She was the one being spied on. But typical projection accused of doing that, which you yourself are guilty of. And we know without a doubt from all of this new Parnas’s information Yovanovitch was spied on. But Don jr and Dan Bon, Gino, we’re not.