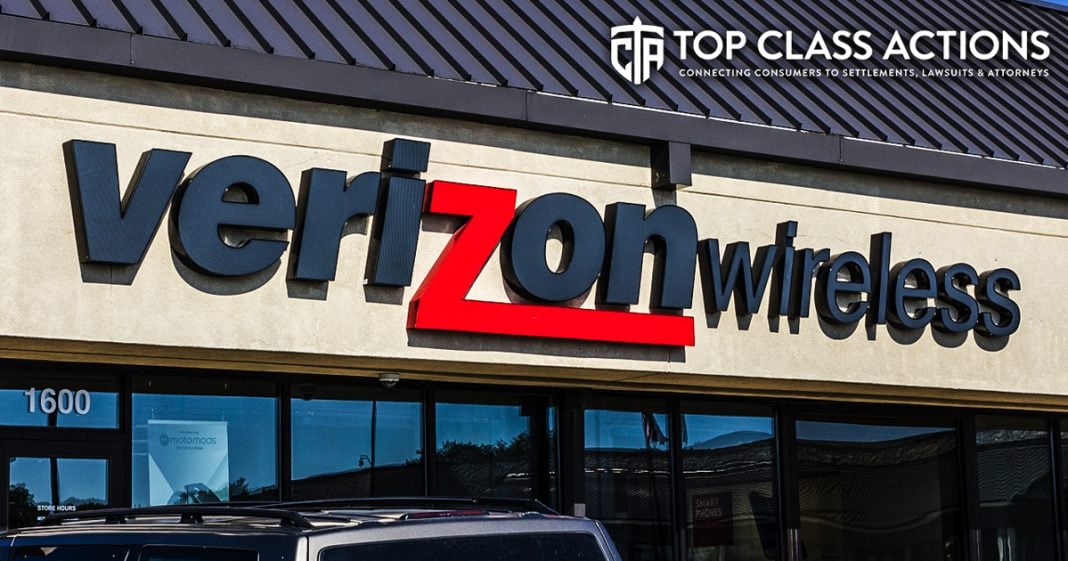 A recent class action lawsuit against Verizon claims that the cellular company checks consumer credit reports without permission. Plaintiff Scott Mathews says he does not have an account with Verizon and has never inquired about their services or initiated opening an account with the company. Despite this complete lack of any business relationship, Verizon allegedly checked Mathews’ credit without his consent. Ring of Fire’s Farron Cousins discusses this with Scott Hardy, the President of Top Class Actions.

Farron Cousins:                  More and more corporations these days are pulling our credit reports, whether you want to go buy a cell phone, a new couch, whatever it is, your credit report is likely getting pulled from that company. The only thing the company has to do is get your permission before they pull that credit report because if they don’t, they can find themselves in a lot of hot water and that’s actually what’s happening now with Verizon and joining me to talk about what’s happening is Scott Hardy with Top Class Actions.

Scott, we have hit on some stories similar to this in the past about a company pulling somebody’s credit report. They did not give them permission to do so, but typically, typically in those cases, that person was already a customer or a potential customer. Now we’ve got this Verizon story and the plaintiff here says, I was never even a customer of Verizon, but they’re showing up as somebody who pulled my credit. Tell us what’s happening with this.

Scott Hardy:                          Right. This really has to, is because Verizon needs to lock down how they’re setting up these new accounts to battle identity theft, according to this class action. Because this lawsuit was filed, as you said, this guy said, hey, I’ve never signed up for Verizon, but all of a sudden I see on my credit report that Verizon dinged me. I said, well, that’s weird, Verizon dinged me, but I’ve never reached out to them. So they call, they find out that Verizon not only hit their credit record, but there was an account signed up. And this happens when people go in there, they get your social security number and they create a fake account and, you know, use phones, buy phones, resell the phones, whatever they, whatever they try to do to profit off it. And then you get stuck with that bill.

Now, the class action is trying to get Verizon to change its ways. It’s saying you can do some things to safeguard the identities of Americans out there who are getting their credit hit by these fake credit checks essentially, by these imposters. You could do things like, ah, ask for an ID. If you do that, that’s going to be, you know, it’s going to cut down on the number of these false accounts. And that’s what this class action is trying to do is try to save Americans credits from being hit. Because every time your credit gets hit it drops a few points. And then of course that larger hit when that person defaults on that debt will also come after you.

Farron Cousins:                  You know, so this is a, this is a bit of a double whammy here I guess for the, for the plaintiff and for the, for the class in general, because I know there’s more people that have had this happen to them. So not only did your credit already get dinged for a cell phone that you never even applied for, but now you’re on the hook, at least temporarily and your credit is going to take a major hit from all of these bills that start piling up because somebody opened the account in your name. And as somebody who’s had to go through a similar situation, it is a nightmare trying to go through, get these things removed from your credit report, working with the banks if they’ve, you know, stolen your debit card number. This is a huge hassle for people to have to go through.

And unfortunately, as you said, a lot of times it’s because the company didn’t want to just take the extra couple of steps needed to make sure or at least try to prevent some of these instances from happening in the first place. And, you know, the company, Verizon, they’re not the ones that have to go through and make these phone calls. They don’t have to go and show up at the bank with all their documents and get on the phone with these credit monitoring agencies and try to get these things removed. They go on with their lives. It’s, it’s the consumer that is now put through hours upon hours of extra work because somebody else screwed up.

Scott Hardy:                          Exactly, you know, it’s, it’s you and me who are sitting there going, why do I have this $2,000 credit, you know, bill now from Verizon or three or $4,000 if they’re buying these phones that are $1,000 each? Why am I getting stuck with it, when according to this class action, Verizon should be able to put in some better safeguards to make sure that people aren’t walking in there and just give a random social security number out and stealing someone’s ID. You know, we want to feel protected, we want to make sure that we’re taken care of and it should be a real basic, a basic ask of checking for ID before you do something that could harm somebody else’s credit.

Farron Cousins:                  Absolutely. If anybody has gone through this situation with Verizon or even any other company, I encourage you follow the link in the description of this video head on over to Top Class Actions. It has all the information you need and make sure you search around the website. Maybe it didn’t happen to you with Verizon, maybe it was a different company. If it’s happened, I can promise you Top Class Actions is more than likely going to have info on it. And another great way to stay up to date, subscribe to their weekly newsletter, get all these stories and more delivered directly to your inbox. Scott Hardy, Top Class Actions, thank you very much for talking with us today.