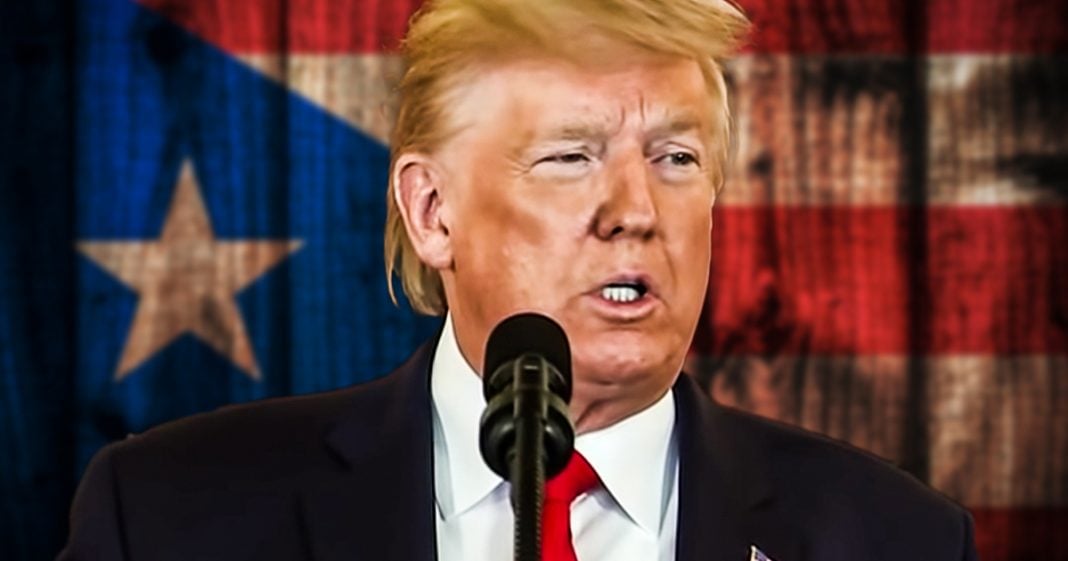 Several Democratic lawmakers including Alexandria Ocasio-Cortez and Bernie Sanders have sent a letter to Donald Trump, begging him to release the already-approved disaster relief funds for Puerto Rico. These funds have been put on hold by this administration since the first year Trump was in office following Hurricane Maria, and after earthquakes rocked the island recently, they desperately need this money that is rightfully theirs. Ring of Fire’s Farron Cousins discusses this.

Right now, Democrats in Congress, both the House and the Senate are essentially begging Donald Trump to release billions of dollars in aid that Congress had approved back in 2017 to send to Puerto Rico following hurricane Maria. Recently, the Island of Puerto Rico, which is a United States territory, these are US citizens down there in Puerto Rico, were hit by massive earthquakes and aftershocks, further devastating that Island.

And as it stands right now, Donald Trump, because of his grievance with the leadership down there in Puerto Rico, who are not big fans of his, decided way back when that he was going to withhold $18 billion worth of aid that Congress had designated for the Island to fix things after hurricane Maria, just decided, I’m not going to, I’m not going to give it to you, and he’s still holding it. It’s still there. It’s still available. And now that this Island has gone through these massive earthquakes and they need this aid more than ever, they need FEMA more than ever. They need infrastructure rebuilt more than ever. Trump’s still not letting it go. So Democrats are pleading with him as they should be, to finally release this aid, let go of your anger, let go of your petty grievances and help these American citizens who desperately need it and who we’ve already agreed can have this aid package.

Now leading the charge right now with a letter this week, are representatives Alexandria Ocasio-Cortez, Nydia Velázquez and Senator Bernie Sanders, they’re the three who sent the letter this week. Last week, you had democratic leadership send their first letter to Donald Trump asking him to release this aid. So far, no response from the Trump administration. Now, a while back, and we talked about this when this happened, Donald Trump and the White House said that they were not going to release the aid because they don’t trust the leadership on the Island. You know, they mismanage money. They’re not using it, right, so we’re just not going to give it to them. Which that was a lie that didn’t actually happen, but Donald Trump is mad at them because they went after him for his dismal response to hurricane Maria. And that was even before he just showed up down there on the Island and started throwing paper towels at people. He attacked them, he blamed them for getting hit by a hurricane.

And now he’s withholding their aid, he is being exceptionally cruel just because he feels like he can. But those are US citizens and they vote. And this country needs to pay a little bit closer attention to what we’re doing down there to these United States citizens because it is nothing short of torture at this point. We have the money to help them. Many of them are still living under those blue FEMA roofs that they put up after hurricanes hit, and it’s been two and a half years and Trump doesn’t care. Congress has done what they can, and now they’re pleading with the president to do the final part of it. But as long as he’s still mad at them for going after him, he will never, no matter what kind of atrocities they face, release that aid to these US citizens.